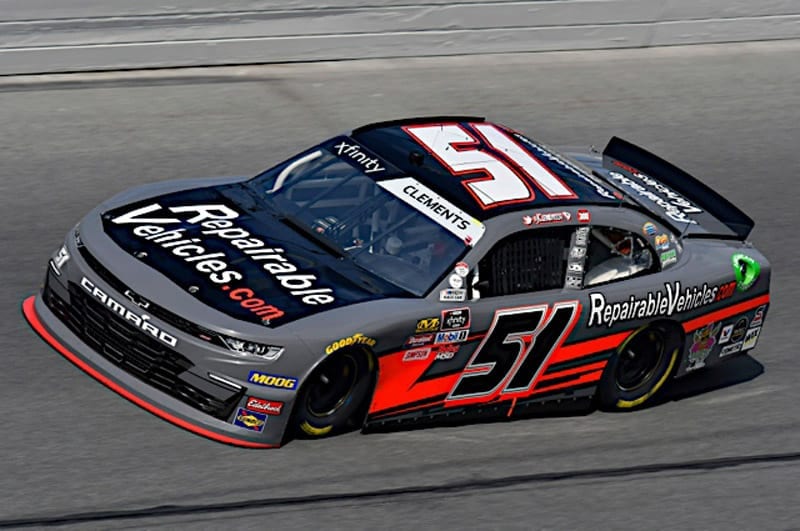 Where have all the owner-drivers gone? Well, it certainly ain’t the Monster Energy NASCAR Cup Series.

Which is probably a different story from when many who read this first started following NASCAR. The story of the owner-driver — the do-it-all wheelman who can balance a checkbook just as well as he can drive a car — was ever present in the sport’s early days.

In the last three decades alone, Alan Kulwicki won a Cup championship while driving for his own team, AK Racing. Nearly 20 years later, Tony Stewart did the same with his No. 14 for Stewart-Haas Racing, which he still owns to this day with Gene Haas post-retirement.

But while in 2019, the Cup Series is full of familiar names in the owners’ standings who were once drivers — Stewart, Richard Childress, Rick Ware, Richard Petty, the list goes on — none of them are actually racing their own car in the series, even on a part-time basis.

That doesn’t mean the owner-driver is gone on the national series level, though. They’re just not usually racing on Sundays.

Thus far in 2019, four teams in the Xfinity Series have fielded a car for their owner in at least one race, while a fifth has plans to do so before the end of the year. Two more are not specifically owned by a driver but by a driver’s family.

In the Gander Outdoors Truck Series, those numbers balloon, with 17 different owner-driver organizations making at least one attempt in 2019 thus far, plus four family-owned ventures.

Meanwhile, the Cup Series has just one team that falls directly under this umbrella: Rick Ware Racing, as owner Rick Ware’s son Cody Ware occasionally competes for the team. Moving into the next generation, there’s Austin Dillon, who drives for his grandfather’s team, Richard Childress Racing.

If you’re a fan of the principle but don’t quite have a favorite to root for at the moment (e.g., perhaps you were a Kulwicki or Stewart fan who’s been unable to find a similar competitor to get behind), here’s a rundown of those owner-drivers. Afterward, you’ll find a list of drivers who compete for teams owned by their family.

BJ McLeod Motorsports: This one only barely counts in 2019, as team owner BJ McLeod has driven just one race for his own team thus far, otherwise piloting JD Motorsports with Gary Keller’s No. 15 the majority of the season. In addition to the rotating cast of competitors in the No. 99 (which McLeod drove at Richmond Raceway), McLeod fields full-time efforts for Matt Mills and Vinnie Miller.

Jeremy Clements Racing: Owned in conjunction with his father, Tony Clements, Jeremy Clements has driven for his own team practically since he came onto the NASCAR national series scene. One of the most prominent feel-good underdog stories of past decade came in 2017, when Clements triumphed at Road America.

JR Motorsports: A four-car organization with a plethora of drivers in its No. 8 alongside full-time drivers Michael Annett, Noah Gragson and Justin Allgaier, it’ll fall within the owner-driver realm when Dale Earnhardt Jr. drives for the team at Darlington Raceway later this year.

Mike Harmon Racing: Mike Harmon‘s either owned or had a hand in owning his cars in the Xfinity Series (and occasionally the Truck Series) for much of the past two decades. That’s continued in 2019, with Harmon stepping out of his No. 74 just once thus far in 2019 while his team also occasionally fields the No. 17,.

Shepherd Racing Ventures: Chances are Morgan Shepherd will be racing in the Xfinity Series until he physically can’t anymore, and he’ll probably be doing so for his own team in the process.

Bobby Gerhart Racing: A fixture in the ARCA Menards Series for decades, Bobby Gerhart will occasionally drive his own truck at Daytona International Speedway and Talladega Superspeedway, almost always utilizing another team’s number and owner’s points for the event (most recently those of Copp Motorsports).

Chad Finley Racing: The part-time No. 42 in the Truck Series has had three drivers in its seat in 2019: Robby Lyons, Garrett Smithley and team owner Chad Finley.

Clay Greenfield Motorsports: After initially piloting the No. 68 in the Truck Series for Alger Motorsports, Clay Greenfield began fielding the team outright, showing up to the superspeedways and occasional other events.

CMI Motorsports: Ray Ciccarelli acquired his own equipment and began fielding it under other teams’ banners, such as Jennifer Jo Cobb Racing’s, before striking out on his own in 2019, taking over the No. 49 number previously held by Premium Motorsports. While mostly driving the truck himself, Ciccarelli stepped out for Stefan Parsons at Charlotte Motor Speedway.

DGR-Crosley: With two full-time teams (Nos. 17 and 54) and one running part time (No. 15), DGR-Crosley has expanded into quite the presence in the Truck Series. Occasionally, co-owner David Gilliland puts on the owner-driver hat, with a pair of starts thus far this season.

Halmar Friesen Racing: The Friesen in the name stands for Stewart Friesen, who co-owns the No. 52 for which he drives in the Truck Series. Of the owner-drivers running the full schedule in the series, Friesen has been the best in 2019, sitting second in the standings after eight races (but still chasing that elusive first win).

Jennifer Jo Cobb Racing: The aforementioned JJCR has been a mainstay in the Truck Series for multiple years now, with Jennifer Jo Cobb generally the driver of the team’s No. 10.

Jordan Anderson Racing: 2018 saw Jordan Anderson‘s move to the No. 3, separating himself from organizations with whom he might team for their points while fielding his own equipment in favor of striking out completely on his own. He’s since been able to make it to each race, running all but one, when Ryan Newman drove for the team at Eldora Speedway in 2018.

Kyle Busch Motorsports: Here’s the one most casual fans of the sport will still know. Kyle Busch is, of course, permitted to drive five races each season for his own team, with the No. 51’s other races filled by a variety of competitors. In addition, KBM fields full-time rides for Todd Gilliland and Harrison Burton, plus a part-time No. 46.

Nemco Motorsports: Joe Nemechek has been an owner-driver across all three NASCAR national series over the years, but at the moment, his team is only active in the Truck Series, where it runs the No. 8 full time for multiple drivers, Nemechek included. And when he’s not in the No. 8, it’s possible he’s in the part-time No. 87, which is usually a start-and-park affair.

Norm Benning Racing: Like the aforementioned Gerhart, Norm Benning has been bringing his own equipment to the track in ARCA for years, though he’s moved to a NASCAR-only approach in recent years. His No. 6 has appeared at all but one race thus far in 2019.

Reaume Brothers Racing: If you’ve spent even a few hours on Reddit’s NASCAR subreddit, chances are you’ve seen a post from RBR, which generally fields the No. 33 for Josh Reaume, having joined the series in 2018. Reaume has shown he isn’t above stepping out of the truck for a funded driver, however, with a fairly lengthy roster usually having driven his No. 33 or No. 34 by season’s end.

Roper Racing Team: Cory Roper burst onto the NASCAR scene in 2018 when he practiced, qualified and ran well at the spring Martinsville Speedway event neither he nor his team having ever competed in the Truck Series. Thank beneficial rule changes plus trucks purchased from the then-recently defunct Brad Keselowski Racing.

Tony Mrakovich Racing: After debuting in the Xfinity Series in 2018 for JGL Racing, Tony Mrakovich moved to the Truck Series in 2019 with his own team, fielding the No. 43. Thus far, the team’s yet to run a race, failing to qualify at Martinsville.

Trey Hutchens Racing: Like Mrakovich’s No. 43 above, Trey Hutchens‘ new self-owned team has not yet taken a green flag in Truck Series competition, with the No. 14 failing to qualify for its only attempt thus far, Charlotte.