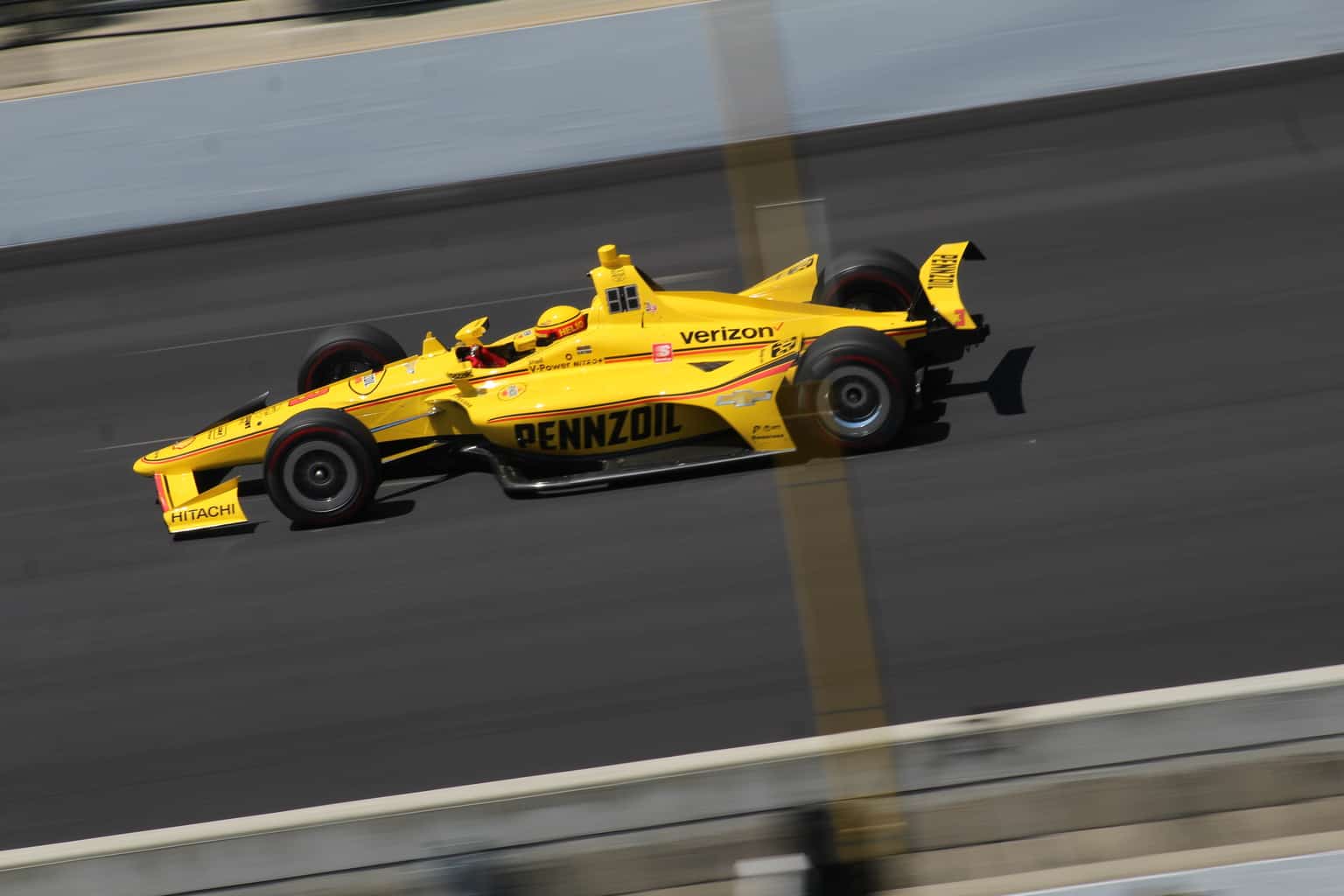 With May now in the rearview mirror and the NTT IndyCar Series heading off to Detroit, the focus of the entire paddock now turns to one thing: the championship.

Simon Pagenaud, by virtue of his Indy sweep, is now in control of the points lead, and has all of the momentum heading into the long summer stretch, starting with this weekend’s doubleheader.

Much like in Indianapolis, with double points available this weekend, the complexion of the title chase can turn in an instant on the Streets of Belle Isle. And if the newest Indianapolis 500 champion continues on his hot streak, it would be his championship to lose.

??‍♂️ Detroit is so physical – but you have to be sharp with your mind too since you’re running so close to the wall. We’ve got speed in the car but have to be on top of our game tomorrow! // #indycar #detroitgp #visitdetroit pic.twitter.com/8S7M27DrQG

Eleventh in the standings prior to the May swing through Indy, the Frenchman now leads teammate Josef Newgarden by one point, a seemingly impossible feat when the series left Long Beach in April.

While at one point looking like he was on his way out at Team Penske, the conversation surrounding the 2016 NTT IndyCar Series champion will now be whether or not he can turn his dominant month into a second title.

Newgarden, fresh off a fourth-place finish in Indianapolis, will look to regain the championship lead that he’s held since the opening round in St. Petersburg, but his teammate will be hard to beat — especially since Pagenaud has one previous win in the Detroit Grand Prix back in 2013.

Alexander Rossi, building off the disappointment of his daring drive on Memorial Day weekend, will also be looking for a big weekend and a bit of revenge. After looking like the class of the field for much of the 500 miles, horsepower proved the deciding factor, keeping the young American from claiming his second Borg-Warner Trophy.

Qualifying for both races takes place just a few hours before the green flag, but Friday’s practice sessions gave some indication of who will be fighting for the win during both races on the 2.35-mile, 13-turn temporary street course.

Rossi came out swinging on Friday, pacing the field by over half a second in Practice Two. After snatching the pole at the last street race — the Acura Grand Prix of Long Beach — Rossi is sure to be a contender for the first spot on the grid on both Saturday and Sunday.

Graham Rahal also looked sharp, putting the No. 15 Rahal Letterman Lanigan Honda in the top five of both practice sessions. After a disappointing end to his 500, the fiery young American will be looking for a repeat of 2017, when he swept the weekend at Belle Isle with a pair of wins.

Scott Dixon bounced back after a lackluster 17th-place finish last weekend, putting his Chip Ganassi Racing machine P1 at the end of the first practice. He followed up his early speed by finishing the afternoon session third on the timesheet.

Pagenaud is coming off his hottest stretch since taking home the title in 2016, and with his newfound job security — Roger Penske confirmed the Frenchman will be back with the team next year — he’ll be looking to put a stranglehold on the points lead with another pair of wins.

Will Power, the third of the Penske trio, will also be looking to rebound after failing to defend his Indianapolis 500 win. After looking like a contender early, the Aussie was sent to the back of the field after clipping a crew member while sliding through his pit stall. Power managed to claw his way back to a top-five finish after the penalty, but will be looking for redemption in Belle Isle.

Rossi had the lead late in the second race of last year’s doubleheader, but made a critical mistake that gave the win to teammate Ryan Hunter-Reay. With the speed he’s shown so far this weekend, look for Rossi to be again fighting for the win in the final laps on Saturday and Sunday — if he doesn’t drive away from the field first. The last time the series visited a street course in Long Beach, the Andretti Autosport driver dominated, leading 80 of 85 laps and cruising to victory by a gap of over 20 seconds. If Friday’s speed carries over through the weekend, it’s not outside the realm of possibility that the No. 27 will be visiting victory lane not once, but twice, this weekend in Detroit.

Both races will be broadcast live over-the-air on NBC. Pre-race coverage begins at 3 p.m. ET on both days, with the green flag expected to drop at 3:50 p.m. ET. Live streaming will also be available on the NBC Sports app with a cable subscription.