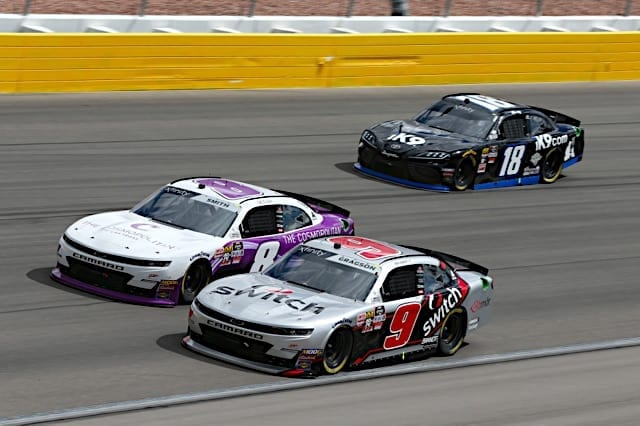 Scott Gragson, the father of Noah Gragson, was involved in a car accident Thursday afternoon (May 30), according to a story in the the Las Vegas Review-Journal. The elder Gragson has subsequently been arrested for two DUI charges and three counts of reckless driving.

Scott Gragson was driving his vehicle in Las Vegas, when he hit multiple trees. One passenger in his Range Rover died and two others suffered serious injuries and were transported to a local hospital. The three passengers, all of whom were in the backseat, were not wearing seatbelts, according to a report..

Scott Gragson is the grandson of former Las Vegas Mayor Oran Gragson, who served as mayor from 1959-74.

His son, Noah Gragson, is in his rookie season in the NASCAR Xfinity Series. The 20-year-old from Las Vegas drives the No. 9 JR Motorsports Chevrolet.

Noah Gragson is in eighth in the Xfinity Series standings. He has one stage win, two top-5 finishes, 4 top-10 finishes and has led 46 laps. In the most recent Xfinity Series race, Gragson finished fourth in the Alsco 300 at Charlotte Motor Speedway.

He will compete in the Pocono Green 250 on Saturday at Pocono Raceway.

What was the point of this story? Must be a slow news day in Dayton….