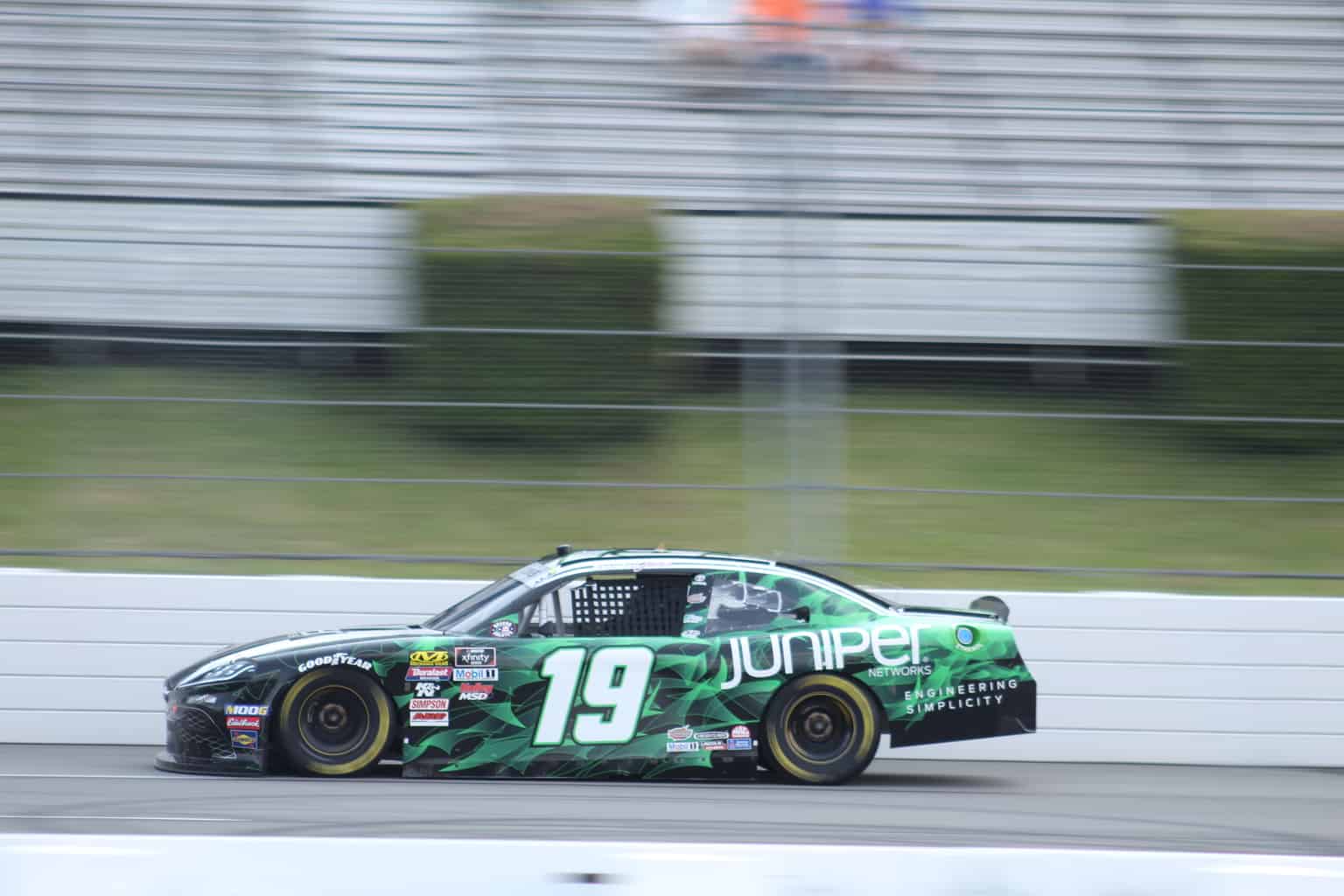 The goal for Brandon Jones at Pocono is take what he’s learned and take advantage of his equipment to the best of his ability. Crashing out on lap 6 in a 100-lap race really doesn’t accomplish that.

Jones qualified seventh for Saturday’s Pocono Green 250 and made an excellent start to move up to fourth.  Prior to qualifying, the No. 19 team had made a series of changes to loosen up Jones’ car after fighting what he diagnosed as a tight condition Friday.  It appears that the team went too far on its adjustments as Jones fought a loose condition from the start.  On lap 6, Jones simply lost control in turn 1 and backed hard into the SAFER barrier.

“We had a really, really good race car all weekend,” Jones told Frontstretch after exiting his car.  “It’s frustrating, but it’s part of the process.  You have to be aggressive in order to be competitive.  I feel like if we weren’t on the edge, then we wouldn’t have been running where we were.”

After diagnosing the tight condition, Jones took some time Friday evening to study some film in order to see what he was doing wrong.   He discovered that he was messing up on corner entry, potentially masking the car’s true handling characteristics.  For qualifying and the race, he made adjustments to his line, but the changes may have overcompensated for what Jones was feeling.

Jones’ crash results in a 38th-place finish for the up-and-coming racer.  He will earn only one point on the day, but he won’t lose any positions in the standings since he entered Pocono with a 49-point advantage over Ross Chastain for the 12th and final playoff spot.