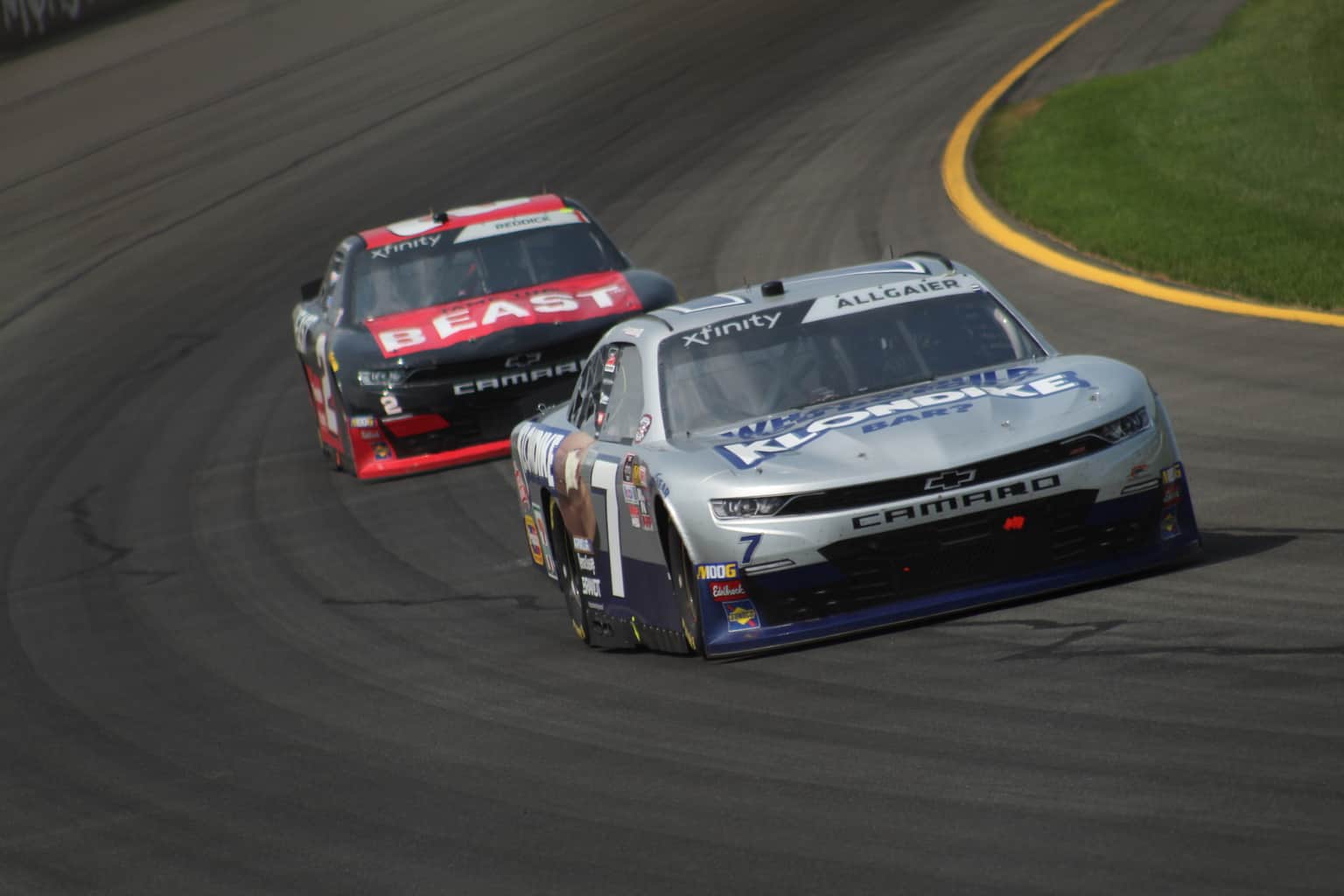 The 2019 Xfinity Series season hasn’t gotten off to the way Justin Allgaier had hoped for. The disappointment continued on Saturday (June 1) at Pocono Raceway.

Allgaier began the 250-mile race from ninth and quickly moved his way up the scoring pylon. By the end of a caution-filled opening stage, the No. 7 sat second, only behind Cole Custer, who led the stage flag-to-flag.

When the second stage began, Allgaier was able to work through traffic better than the likes of Custer and Tyler Reddick to pass Christopher Bell for the lead. The No. 7 held off a hard-charging Reddick to capture the stage victory, his fourth of 2019.

When the second half of the race began, Allgaier had a ferocious battle with Reddick, Bell and Allgaier for the lead. The No. 7 faded to fourth until green flag pit stops began, where crew chief Jason Burdett left the veteran driver on the track longer than most others. When he finally peeled off to the pits, Allgaier slid his Chevrolet through his pit stall, costing him upward of 15 seconds on the lead battle.

“That one really hurt us,” a disappointed Allgaier said after the race. “We lost quite a bit of time on that. [I was] Trying to get all you can get. I knew at that point we had stayed out so long that we were way behind as far as track position went, so I was trying to maximize everything. I had been stopping ok all day, and [it was] just disappointing.”

However, a late caution when Austin Cindric got into the side of Jeffrey Earnhardt allowed Allgaier to catch up to the field. On the restart, Allgaier was fifth, diving it hard into turn 1, ultimately spinning the No. 7 out and losing valuable track position.

Take another look at what happened to @J_Allgaier to cause this latest caution. pic.twitter.com/MKssoAMNEk

Allgaier took the blame for that incident.

“That restart, the [No.] 2 kind of cut across the middle and I was trying to get into a hole where there wasn’t anybody,” Allgaier stated. “We weren’t going to be four-wide because I knew that if somebody was four-wide, or three-wide even, they were going to be right on the door.

“I just drove in a little bit too deep. We had freed it up that last set of tires and it was just way too free on entry. Just frustrating. Disappointing day. It was tough in the beginning all the way to the end. We didn’t have the speed we wanted. It was just a rough day.”

Though he restarted deep in the field, Allgaier was able to capture an 11th-place finish, his sixth finish outside the top 10 this season in 12 races. The No. 7 did pace the field for 27 laps, the second-highest amount in the race.