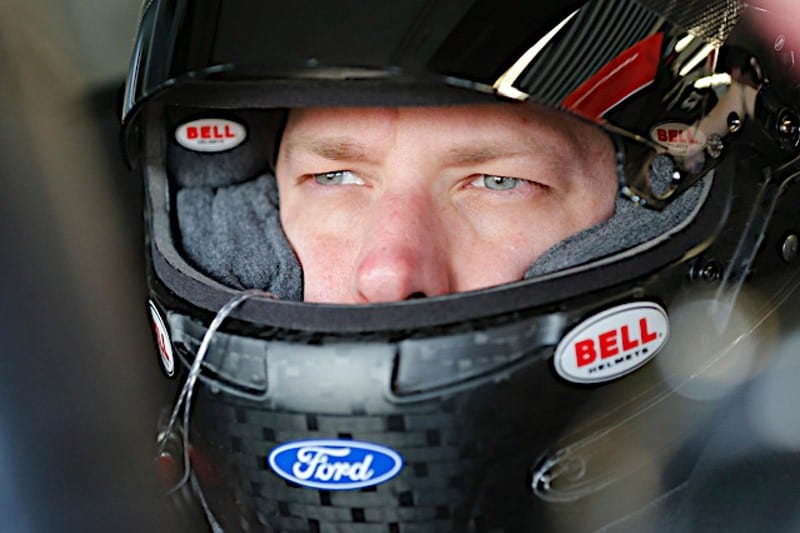 Brad Keselowski had an up-and-down day in his Wabash International Ford. He dealt with a loose condition for much of the race that made it difficult to race around others at times. Despite that issue, he was able to keep himself quietly in contention. Keselowski was then able to use an excellent final restart to move himself up to a second-place finish.

“[I gave] pretty much all we had,” Keselowski said after the race. “Overall, it was a pretty good day, just not quite enough.”

One of the goals of the high drag aero package was that there would be an increase in the amount of drafting on intermediate tracks and flat superspeedways.  In addition, the introduction of a gear rule that was designed to eliminate shifting made for a race that could not show the best qualities of the current rules.

“Today was a track position game,” Keselowski said. “Without being able to shift and without the draft being effective at all, you were effectively locked in to where you were.”

Keselowski did think that he had a top-five car entering the race, but he had the advantage of starting the race there already. He qualified fifth and managed to keep himself there all day despite not attracting much in the way of attention. Stage finishes of third and fourth meant that Keselowski earned 50 points Sunday, the most of any driver.

Like a number of other drivers, Keselowski did make note of the fact that it was very difficult to pass Sunday at Pocono Raceway. He estimated that it would require someone to be three-quarters of a second lap faster than the car in front of them to be able to make a move stick. In that regard, Keselowski stated that it was very similar to last year’s Pocono Green 250.

“It’s not like we hadn’t seen [this type of racing] last year,” Keselowski continued. “The Xfinity race was the same exact thing.”

Last year’s Pocono Green 250 was one of the first races run with the high drag package with the aero ducts and high rear spoiler. The result was a race in which Kyle Busch won from fourth on the grid after leading 64 of the 100 laps. At one point early on, Busch was able to pull away to a seven-second lead on his own, something that he equaled Sunday. Keselowski was not in that race (Paul Menard raced the Team Penske No. 22 that day), but watched from afar.

Phil, when do they ever give Brad attention? These TV people are so biased it is ridiculous. Yesterday One of them was talking about Chase being the most sought after driver in the series. With Kyle winning,all the daily programs will talk about nothing but Kyle. Adam can’t get through a single program without working him in the conversation. I don’t like Kyle and it isn’t because he wins. It is because of his spoiled brat attitude. True I am a huge Brad K. fan but he just doesn’t get the praise he deserves.