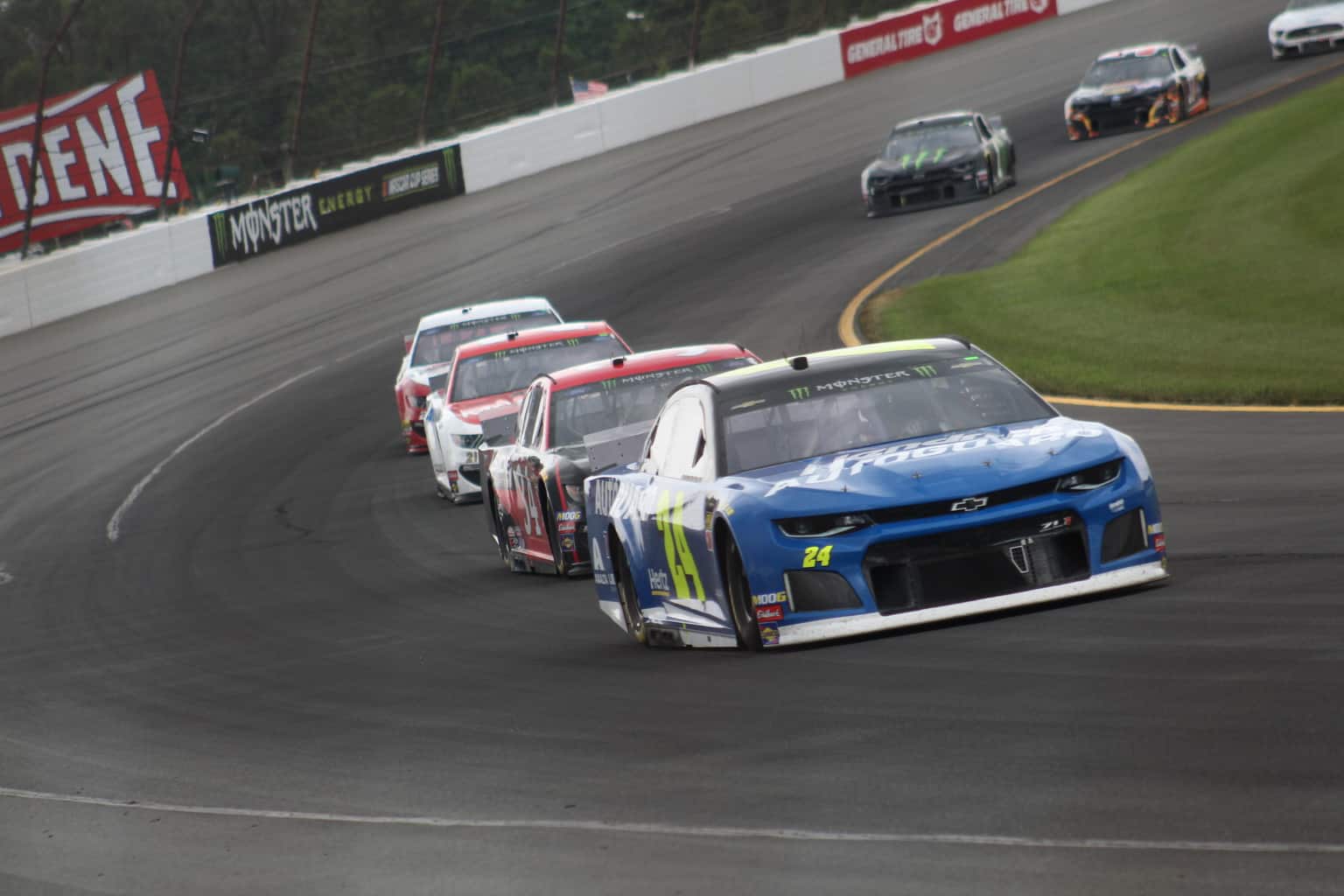 William Byron may just be the most improved driver from last season to this season.

The second-year driver finished ninth at Pocono Raceway on Sunday afternoon (June 2) for his second consecutive top 10 and fourth of 2019. Byron had four top 10s all of last year.

More importantly, Byron is now 14th in the point standings and 19 points above the cutline as he tries to qualify for the playoffs for the first time in his career.

But still, Pocono could have been even more for Byron. He won the pole — his second consecutive and third of 2019 — and led the opening 22 laps until Kyle Larson got around him.

Byron proceeded to run second to Larson in stage one and third in stage two, netting 17 points out of a possible 20.

“We got a lot of points today, which is great,” Byron said. “I know it doesn’t sound super good, but we had really good stages and really good runs there.”

But the strategy Byron used to get those stage points also came back to bite him. He stayed out at the end of the stages as many others pitted and Byron was shuffled to the back when he pitted under the stage breaks. He had one of the fastest cars on the track, yet was unable to climb back up to the front.

“I wish it was a little easier [to pass], but it felt like anytime I got within striking distance of somebody, I just couldn’t get there and I’d lose as much as I’d gained,” Byron said. “And then I’d have to work that all back for 10 laps and then lose it again.

“So it just was really hard. I don’t know if it just was me or what. But it was hard to plead it and really the only times I could really make a move was when I just went in there and almost crashed the guy trying to do it and just got so close that he got loose. There were very few times I could get that close, but if I could, that was how I would pass guys.”

The inability to pass was a complaint of many drivers after the race including Brad Keselowski, Denny Hamlin and race winner Kyle Busch.

Byron said if he had ever gotten the lead at the end, he could’ve held it.

“We were definitely as fast as [Busch] at the start of the race,” Byron said. “I don’t know how the race would have progressed, but it took us a long time to get by guys. That was something that was kind of a hinderance.”

Byron likely would’ve finished the race in 11th, but a late caution gave him the opportunity to pit for tires and use the restart to his advantage.

“[I was] able to go from 12th to ninth on that last restart, and that was nice to just finish with a top 10,” Byron said. “Hopefully, we’ll go to Michigan and be able to improve that even more.

“But overall, the guys did a great job on the car, and this was a solid day. We’ve had two in a row now. This is great for us.”

It marks another race where Byron showed speed in the early stages, but faded as the race went on. The same thing happened last weekend at the Charlotte Motor Speedway where Byron won the pole and led the first 24 laps before finishing ninth there as well.

“Obviously, another pole is awesome. I have to work on some things and just clean it all up and I think we’ll be really close.”