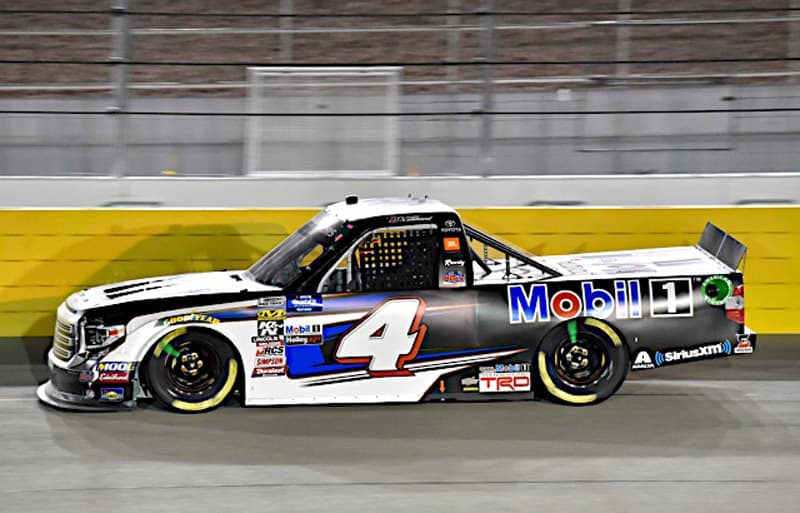 Amid a struggle of a season thus far for its two full-time drivers, the NASCAR Gander Outdoors Truck Series team of Kyle Busch Motorsports announced immediate changes to its crew chief lineup on Wednesday (June 5).

Gilliland’s former crew chief, Marcus Richmond, will be atop the pit box for the No. 46 team at Gateway and Iowa.

SEGAL – Todd Gilliland On Kyle Busch’s Criticism: ‘We Aren’t Running Like We Ought To’

All five KBM wins this season have come when team owner Kyle Busch was piloting the No. 51.

Through eight races in 2019, Gilliland has one top five (third at Kansas Speedway) and four top 10s, off his 2018 rookie pace of a pole, four top fives and nine top 10s in 19 races. He is currently eighth in the NGOTS driver standings, holding the final playoff position by a single point over his teammate, Harrison Burton.

The SpeedyCash.com 400 will be held Friday, June 7 at 9 p.m. ET, with television coverage on Fox Sports 1.