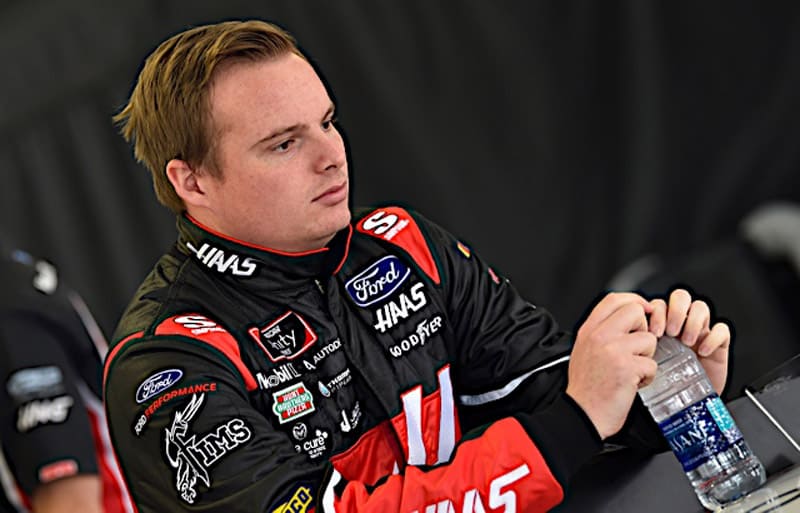 Cole Custer is now in his third full season in the NASCAR Xfinity Series. This is the first year, though, that he has scored multiple wins, and we are only in June. Custer had only two career wins before this season, coming at Homestead in 2017 and Texas in November 2018. He has solidified himself as a contender for this year’s championship already.

How many more wins can Custer grab this year? Is he more of a threat than Christopher Bell or Tyler Reddick? Is this the best chance he has ever had in the Xfinity Series?

Meanwhile, over in the Monster Energy NASCAR Cup Series, Alex Bowman has started to draw attention with how well as he has run in the last month and a half or so. With three runner-up finishes and a seventh-place run in the Coca-Cola 600, Bowman is making himself a contender week in and week out these days. He went from 21st to 10th in the standings in only the course of four weeks.

Will Bowman score his first career win this year? If so, how soon? How far can he go once we get to the playoffs? Is he a legit contender for possibly the Round of 8 or better?

Q: Do you think this is Cole Custer’s best chance to win a championship in his three years in the Xfinity Series?

A: The statistics prove that Cole Custer has the best chance he has ever had to win an Xfinity championship. In his first two full-time seasons, Custer would run well but could not seem to take it to the next level and make it to victory lane. He won his first career race at Homestead at the end of 2017, and it took him until Texas in November to score a win last season.

Now here we are, only in the month of June, and Custer is up to three wins on the 2019 season. While he is not more of a threat than Bell or Reddick, Custer is definitely somebody we should talk about when it comes to championship contenders.

Stewart-Haas Racing’s Xfinity program is now in its third year, and it is safe to say it has definitely stepped it up this season. Not only has Custer been a legitimate contender, but his teammate Chase Briscoe has also had several great runs and is solidly in the playoffs as of now.

In all likelihood, Custer will probably not be in the Xfinity Series much longer, and this may be his last chance to get an Xfinity championship. This is, of course, depending on if he can grab a Cup ride in 2020, which he seems ready for at this point. His record at Homestead cannot get much better with a first and a second-place finish in his two career starts. If he makes it there with the other two contenders, Reddick and Bell, this championship battle may be one for the ages in November.

I do not see Custer slowing down this season, either. With three wins already, and the standalone races coming up over the summer, he may be able to score a solid five to six wins.

Q: What do you make of Alex Bowman’s quick turnaround this season? Stacy P., Raleigh, NC

A: For the way Bowman started this season, it is crazy to see how he has made his way into the top 10 in the points. He did not have a strong start at all, sitting 21st in points going into Talladega in April, with many wondering what his future held if his results did not improve.

It’s safe to say, those questions have been put to rest.

Talladega was the first runner-up finish of his career, and little did we know a little over a month ago that it would start a streak of second-place finishes for Bowman. Dover, he finished second to Martin Truex Jr. Then came Kansas when he had the car to win but Brad Keselowski made the late pass with only a few laps to go, preventing Bowman from his first career win yet again.

Despite his 15th-place finish on Sunday at Pocono, Bowman definitely had a chance at another solid run. His results were not absolutely dreadful in the first nine races, but they were not up to par with what Hendrick Motorsports expects. Once Talladega hit, the team seemed to have turned a corner and since then, Bowman has been a contender for the last several weeks.

It would not surprise me at all to see him win this season. He has run well enough to do so, and his entire team believes in his ability. Last season was his first full season in good equipment and he did perform quite well, making it to the second round of the playoffs. More expectations will fall on him if he keeps up these great runs, but once he wins one, he could do what his teammate Chase Elliott did last season. Elliott won his first race at Watkins Glen and then went on to win two races in the playoffs.

I am not saying Bowman will do exactly that, but I definitely see him winning a race over the summer and setting himself up nicely going into the playoffs. A month and a half ago, he would not have been in my top 16 to make it in September, but now I would list him in my top 10 with the way he has run.

This is a big year for Bowman. If he does not win, it will be considered a disappointment. If he does, the floodgates may open and he could pull off a few more. This sport is unpredictable these days but momentum is huge, and that is something he has right now. There is no telling how far he can go once we reach the playoffs, but a win would go a long way for him. Expect him to get that very soon.