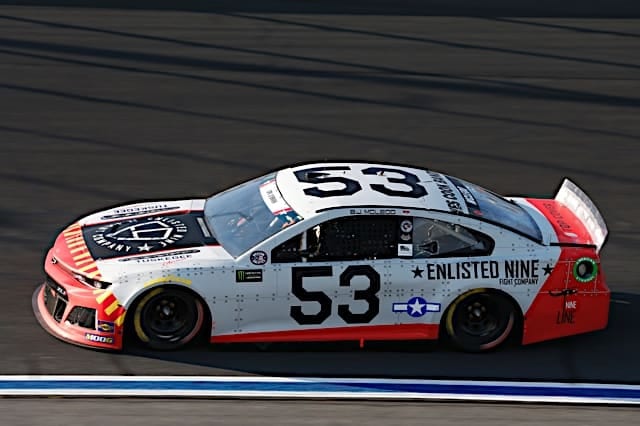 After debuting a third car during All-Star weekend in the Monster Energy NASCAR Cup Series, followed by its first points-paying race being the Coca-Cola 600, Rick Ware Racing plans to run a third entry in “seven to eight races” this season, the team tells Frontstretch.

“We have some opportunities that we don’t want to turn down so we’re going to be running a third car,” team owner Rick Ware says. “We’re going to try and run it pretty hard. We had relative success in the 600 with it. [It will run] in some of the key markets that we’re going to be going to; Daytona [International Speedway], Chicago[land Speedway], Indianapolis [Motor Speedway], Darlington [Raceway], places like that. It will probably races in seven to eight races this year.”

Ware is in his third full season as an owner in the Cup Series. Prior to Daytona, RWR purchased a second charter to field its No. 52 entry full time. In 29 total starts this year, BJ McLeod has the team’s best finish, coming in the Daytona 500 (18th). McLeod also finished 29th in the first outing for the No. 53 car at Charlotte Motor Speedway.

As the season progresses, Ware intends on working with current drivers and new drivers for the team.

“JJ [Yeley] is going to be in the mix,” he says. “We’re going to be working some more with Kyle Weatherman. Josh Bilicki is going to be running some races for us. We’ve got some sponsorship for Bayley Currey and Cody Ware. BJ McLeod is going to run Daytona; we have a sponsor for him. We’re going to bring in probably two or three people making their Cup debuts by the end of the season, and we’re excited about that.”

The primary goal is to have two well-funded teams heading into 2020. Ware says he believes adding a third car now sets the team up better moving forward.

“Our ultimate goal would be to have two well-funded teams next year,” Ware says. “We believe that this is going to be able to help us do that because we have requirements right now with existing sponsors, so we only have so much inventory available. We’ve worked three years now for this situation, and we can’t turn down sponsorship. Hopefully, a means to an end of this will be at Daytona with two fully sponsored cars for the season.”

Weatherman and Bilicki are entered for the team this weekend at Michigan International Speedway.