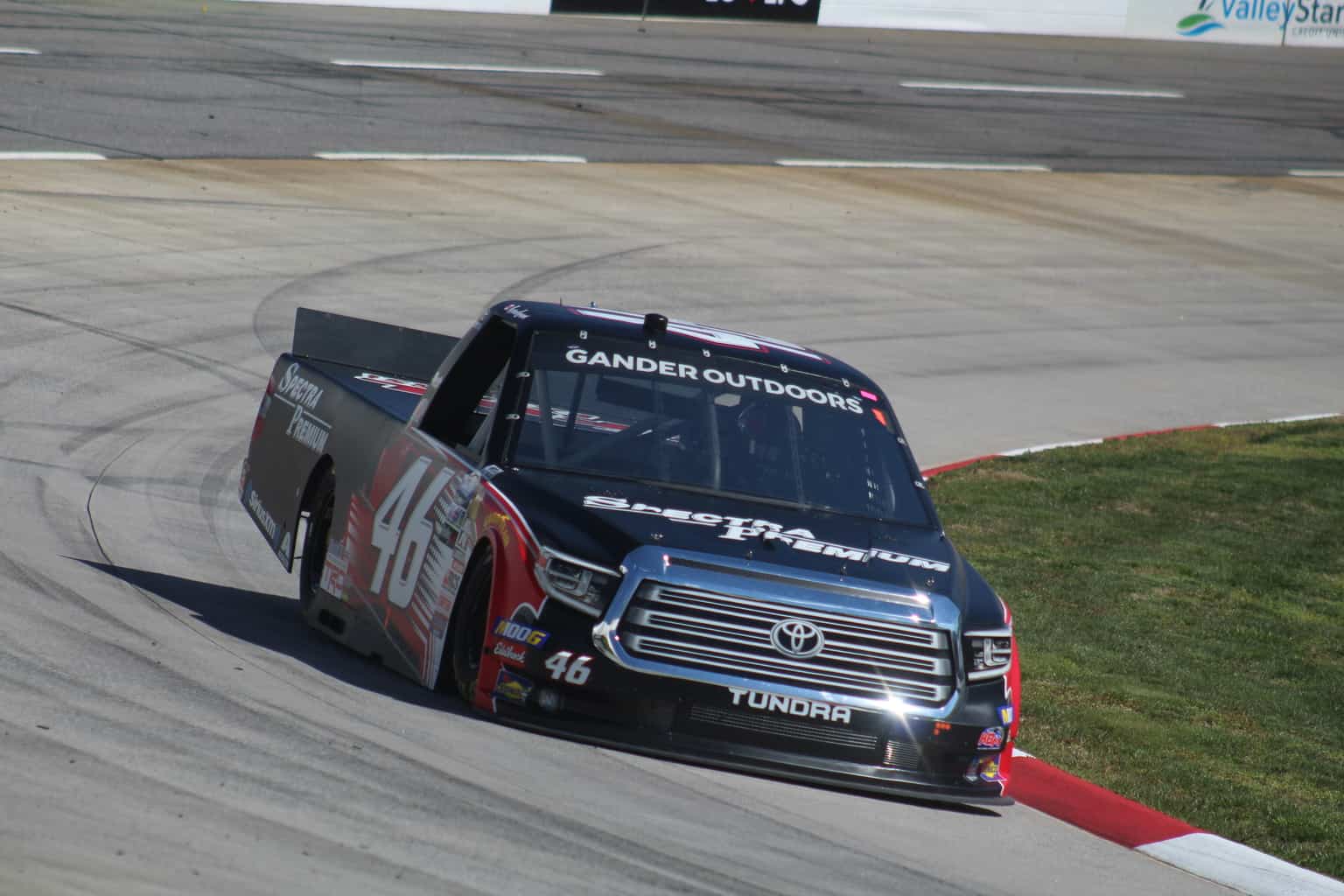 Raphael Lessard has added to his 2019 schedule in the NASCAR Gander Outdoors Truck Series.

A truck number wasn’t announced, though it’s assumed Lessard will pilot the team’s part-time No. 15, as DGR-Crosley’s full-time Nos. 17 and 54 are already spoken for in those events with Tyler Ankrum and Natalie Decker, respectively.

“I am really happy to participate in these two additional truck races,” Lessard said in a team release. “The DGR-Crosley team has changed several personnel since I last raced with them two years ago. Things do look great, as crew chief Kevin ‘Bono’ Manion has an excellent reputation at all levels in NASCAR. In addition, I participated in a test session in Iowa and covered 100 laps, which will allow me to drive hard right from the start of the first practice session. I would also like to thank my partners, especially Réseau dynamique and the people who allow me to have great experiences like these two races.”

Added team co-owner David Gilliland: “I’m super excited to work with Raphael again. He’s a great kid. He won a CARS Tour Championship with us back in 2016, and it’s been really fun to watch his progression the past few years. He’s done a great job in his first two truck races with KBM. He’s put together solid races, ran all the laps, and that’s what it takes to learn and get better at this level. We are looking forward to getting him over here in one of our Tundras and continuing to help him learn and grow.”

Lessard previously drove for David Gilliland Racing on the CARS Tour, winning a championship in 2016.

He’s already competed in two Truck Series events in 2019, his debut in the series, both for Kyle Busch Motorsports, scoring a best finish of 11th at Dover International Speedway. Lessard has one other race currently announced with KBM at Bristol Motor Speedway.