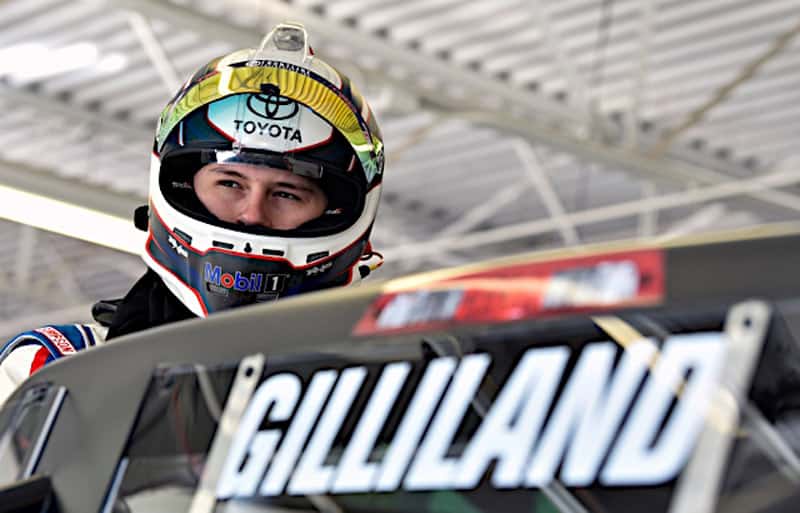 With pressure coming from his boss about his and his teammate Harrison Burton‘s 2019 Gander Outdoors truck Series performance, Todd Gilliland delivered for his Kyle Busch Motorsports team as he won the pole for the 23rd Annual SpeedyCash.com 400 at Texas Motor Speedway.

Gilliland ran a lap of 184.761 mph, which was fast enough for his second career pole in the Truck Series.

.@ToddGilliland_ wins the pole for tonight’s #SpeedyCash400 during US Concrete Qualifying! pic.twitter.com/NQNhkAuV6a

Johnny Sauter will start second, followed by his Thorsport teammate Grant Enfinger right behind him in third. Brett Moffitt will start fourth with Austin Hill rounding out the Top 5.

Greg Biffle, making his return to the Truck Series since 2001, will be starting sixth. Sheldon Creed will roll off seventh, with Tyler Ankrum, Kyle Benjamin and Matt Crafton filling the top 10.

Ross Chastain, who declared for Truck Series points earlier this week, was entered late in the week in a third Niece Motorsports truck but that didn’t stop him from showing speed as he will try and win his second truck race of the season from the 15th starting spot.

Ted Minor was the only driver who failed to qualify as there were 33 trucks in Texas for 32 spots.

Just qualifying, what happens between the flags is what Kyle will be watching.

Just qualifying, and game over for Todd. way too early in the race. Kyle is not happy at all.