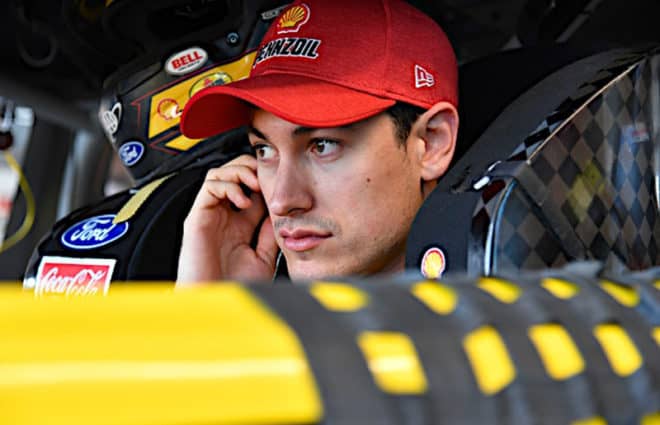 This week, the Monster Energy NASCAR Cup Series heads to two-mile Michigan International Speedway for the FireKeepers Casino 400. The race runs Sunday, June 9 at 2 p.m. ET on Fox Sports 1 and is next on your daily fantasy NASCAR schedule.

After a ho-hum weekend at Pocono Raceway, Cup Series action should be much more exciting this time around. The action in Friday’s practice sessions showed MIS is a much better fit for the sport’s new, lower-speed and high-draft handling package. The track’s features help the cars and their new aero ducts to race competitively in drafts.

Note for setting your lineup there will only be 200 laps in this event. Since it appears there will be a lot of passing and opportunities for several drivers to have a fastest lap, you will need a roster filled with those who finish well ahead of where they qualify. Creating one is easier than you think; just be sure to note who turned fast laps in practice compared to their starting position.

The picks below can help you start building your lineup for Sunday’s race. Good luck!

Somehow, the Freaky Fast Ford team hasn’t won yet this year, and maybe even caught some of Kyle Larson’s bad luck. After looking like a potential contender last week at Pocono, Harvick’s car suffered a cracked power steering box. He ended the race 22nd, the first car a lap down.

Fortunately, the Stewart-Haas Racing team heads to a track in Michigan where they’ve had recent success. Harvick won the August race there and led a race-high 108 laps. He also finished second to his teammate Clint Bowyer in the June event. Before last August’s race, he earned eight top-five results since 2013, including six runner-up finishes.

Michigan is definitely a course where Harvick can earn you plenty of DraftKings points, as long as he can lead laps and finish well.

Joe Gibbs Racing and Team Penske seem to be swapping victories each week; I think Logano and Penske might come out on top this time. The 2018 Cup Series champ has 10 top 10s so far this season, including six of the past seven since April. While he’s earned excellent finishes so far (and is second in points), he could use that extra insurance a second win brings. Logano was also fairly quick in first Michigan practice, ending the session in fourth.

However, be aware Logano’s recent MIS history indicates he’s a dangerous play in daily fantasy. In seven straight races here, Logano began each in the top 10, including two poles. Only in three of those did he finish at or ahead of where he started (Logano won from the pole in 2016). Still, he led a total of 162 laps in both 2016 races.

It all adds up to an equation where Logano is certainly capable of winning. But with a potentially wild race this week, know it’s a bit dicey. He could very well be worth the risk, though.

This fellow (who I mentioned earlier) has had so much terrible luck this year. After leading 35 laps at Pocono, Larson ended up finishing 26th. He does have the $1 million All-Star Race victory under his belt, a nice consolation prize. But aside from two top 10s at Dover and Kansas, troubles seem to follow him for most of the past two months.

Michigan is a track where he can find positive ground. For two straight years from 2016-2017, Larson earned four top fives. Three of those were victories, including the 2017 FireKeepers Casino 400. He also led a total of 139 laps in those three events. Last season, however, he didn’t do so well, ending each race 28th and 17th.

Larson was fairly quick in first practice (fifth), so he does have the capability to succeed if he can stay out of harm’s way. If you need a tiny bit more salary, you could go down $200 to his teammate Kurt Busch. Busch has succeeded at this track and was also fast in practice (eighth and sixth).

Bowyer was one of the best running SHR cars last week. He could definitely use that momentum to perform well at Michigan. All of his cohorts are hungry for a win and all looked really good in Friday’s practices. Bowyer was second and third fastest in first and final practice, respectively.

Additionally, Bowyer won last year’s June Michigan race after it was rain-shortened to 133 laps. He finished just ahead of Harvick on a strategy play and may need to repeat that philosophy to win here again. Since the drivers won’t draft in qualifying, Bowyer might not qualify as well, making him a good place differential option. If you want to stack the entire SHR team, Aric Almirola also did well last week and was quick in practice.

This weekend may be the first time this year I like all the SHR cars. Suarez was bad fast in each practice (first and fourth) while also leading the 10-lap average in final practice. He, too, can build off momentum from Pocono, where the No. 41 Ford came in eighth.

Suarez has only had four starts at Michigan, but did finish 11th after starting last in the 2018 August race. I do want to note he is driving the same car Kurt Busch had a victory in 2015 and four top-10 finishes. Two of those performances came in 2018.

If Suarez can show the same speed that he ran in practice while avoiding trouble, he could be a great value to your lineup.

Ty Dillon is my Honorable Mention because he has the ability to score positive place differential points. He’s completed eight races this year ahead of where he started, a trend he’s continued at Michigan in four of six starts.

Also, while the end result doesn’t help your DraftKings lineup, Dillon has two stage wins as well this year. His team is willing to take some risks to earn a good finish, an aggression he might continue Sunday. Dillon is also reasonably priced to fit one of the top-tier drivers in your roster.

Hemric hasn’t driven on this track in the Cup Series, but he does have two good finishes in Xfinity. In fact, last year, he finished in second place, though he only led one lap.

The Cup rookie is coming off a great 13th-place finish from Pocono, one that can be used to propel him to another decent run. Since Hemric’s cheap, you can pair him with someone like Harvick or Kyle Busch without breaking your salary.