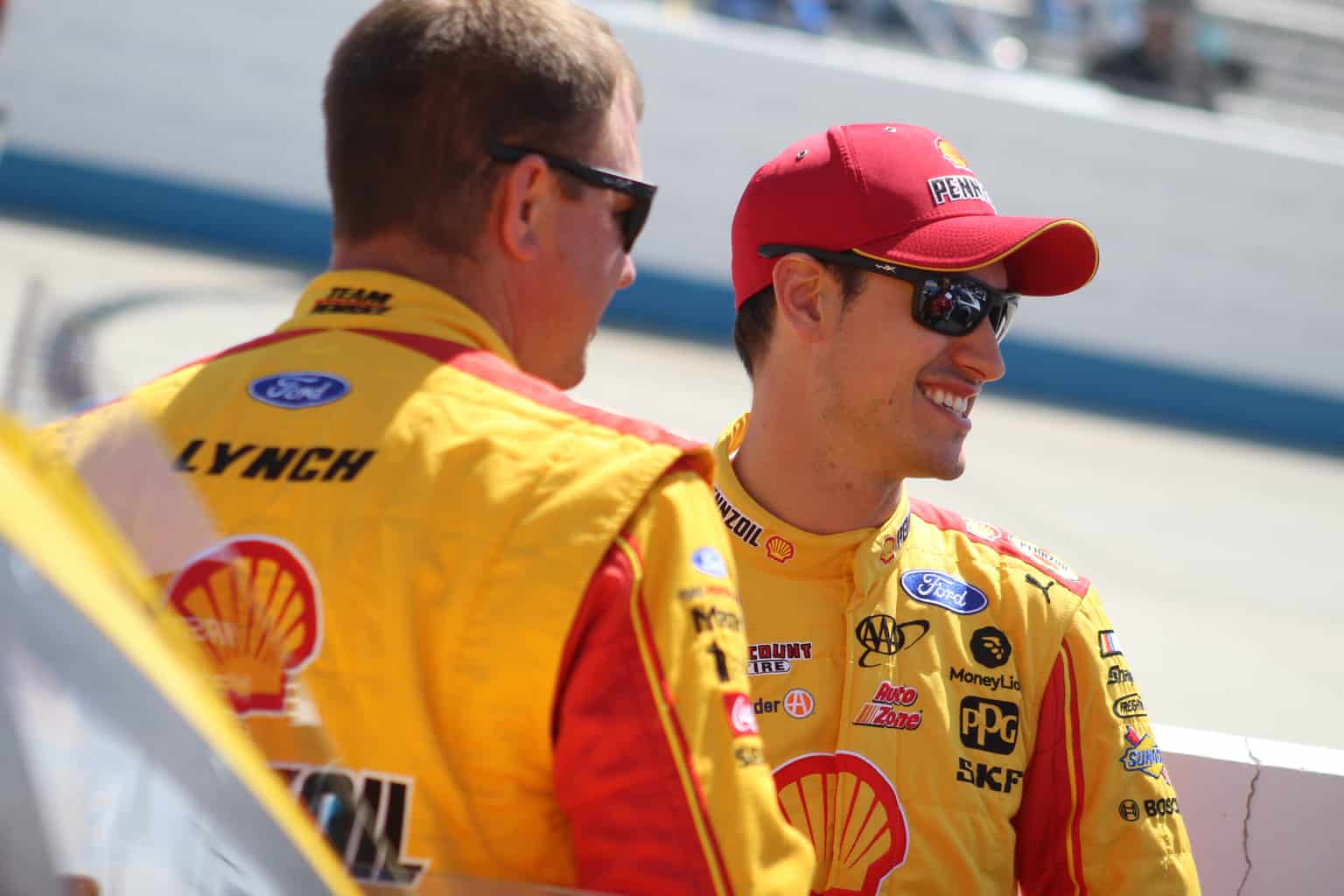 Joey Logano won the pole for the FireKeepers Casino 400 at Michigan International Speedway on Saturday afternoon (June 8). Although he jokingly referred to his pole win as luck, Logano wheeled his No. 22 Team Penske Ford around the two-mile track in Brooklyn, Mich., in 38.474 seconds.

Logano did it without his crew chief Todd Gordon, who left the track Saturday to attend his daughter’s high school graduation.

The pole-winning speed of 187.139 miles per hour means Logano will lead the Monster Energy NASCAR Cup Series field to the green flag for the 200-lap race on Sunday afternoon (June 9).

Starting second will be is Aric Almirola (187.047 mph), who missed the pole by 0.019 seconds. Almirola is still seeking his first win of the season.

Ford flexed its muscles in qualifying just one day after Edsel Ford II challenged his drivers during dinner at Henry Ford’s estate in Dearborn, Mich. In addition to the front row of Logano and Almirola, Ford drivers Kevin Harvick, Clint Bowyer, Paul Menard, Brad Keselowski, Daniel Suarez and Ricky Stenhouse Jr. all qualified inside the Top 10.

The fastest Chevrolet driver in qualifying was Kurt Busch (186.577 mph). He qualified seventh, 0.116 seconds slower than the pole-winning speed.

None of the three Monster Energy NASCAR Cup Series rookies qualified inside the Top 10, but as Logano noted, qualifying is different than the race itself. Daniel Hemric (186.374 mph) missed qualifying inside the top 10 by 0.012 seconds and will start in 11th place.

Coverage for the FireKeepers Casino 400 is on FOX Sports 1 and begins at 2 p.m./et.