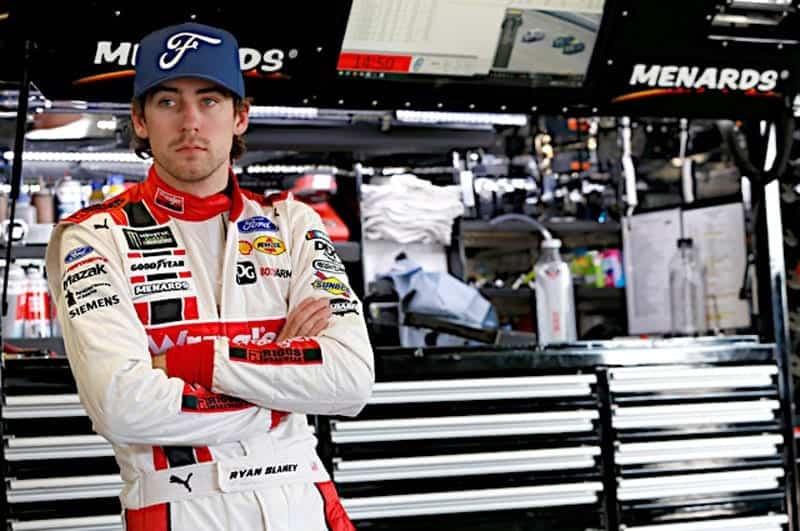 Team Penske certainly enjoyed its Monday. Joey Logano won the FireKeepers Casino 400, Brad Keselowski finished in sixth place, and Ryan Blaney finished in ninth place. All three drivers led at least one lap. Even though only one driver can win, Team Penske had speed at Michigan International Speedway. The team certainly was the class of the Monster Energy NASCAR Cup Series field.

Smiling from ear to ear, Logano called the race great for the organization. He said winning at the track is great for Ford, and that team owner Roger Penske lists it as a special place to win. So for all three Team Penske drivers to finish inside the top 10 is good for the whole team.

Blaney didn’t earn any points in the first stage, but he drove his No. 12 Team Penske Ford up to the front in the second stage.

As the second stage neared its end, many of the leaders needed to pit. Blaney was one of them, but he “hated how the pit strategy played out, we were third in the second stage and had to pit there.” Before he pitted, he led lap 114, providing some solid exposure for his sponsors, Menards and Wrangler Riggs.

As a result, “it shuffled us all around.” Starting the second stage, he restarted on the bottom, to his chagrin.

“Restart on the bottom was terrible,” Blaney said. “Nobody could go anywhere.”

When the checkered flag flew, Blaney brought his No. 12 Ford home to a ninth-place finish. His biggest challenge was that he was “[a] little too slow down the straightaways but really good in the corners. I just struggled to make anything happen.”

Inside the top 5=five or so, “it was smooth sailing,” in terms of driving with cleaner air. From 10th on back, Blaney labeled the driving as “wild” and a “cluster among the drivers,” fighting for position.

He described the rare Monday race as a “good solid day.”

“No mistakes on pit road, no major mishaps on pit road, we made good adjustments throughout the race,” Blaney said. “The way things played out, I couldn’t get in the right lane at the right time.” Still, his ninth-place finish ensured all three Team Penske Fords finished in the top 10.

Overall, though, Blaney was pleased with his performance. Not to say he didn’t want a better result, though.

“Thought we had a fifth place car,” he said. “Overall a decent day … Heading into the off weekend, we’re going in the right direction.”

Blaney remains ninth in the point standings. With 11 races to go until the start of the playoffs, he is 83 points above the playoff cut line. He also has won two stages, so he currently has two playoff points.