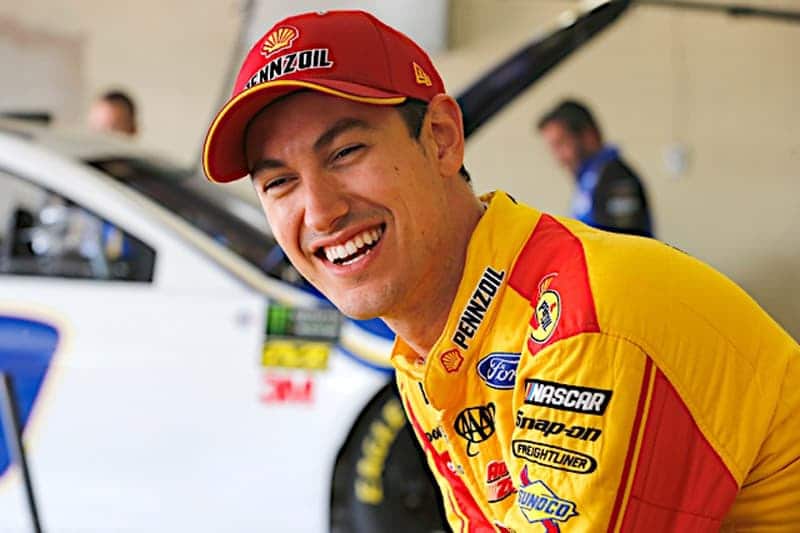 Joey Logano said several times at Michigan International Speedway that his No. 22 Team Penske Ford was set up to run fast in clean air. He wasn’t joking, as he managed to get out in plenty of it all day long, starting from the pole and leading 163 laps en route to his second victory of 2019. Motivated in part by a pep talk to the Blue Oval Brigade by Edsel Ford II — yes, as in the great-grandson of Henry Ford — Logano aced his restarts and held off numerous challengers on a day when it seemed almost every other fast car made it up to second place at some point. Sometimes keeping drivers behind you is more impressive than passing them, and the defending Cup Series champion sure did a lot of that on Monday.

The man who ended up trying to chase Logano down on the race’s final lap was Kurt Busch, who somewhat quietly is having the best season of any Chevrolet driver not named Chase Elliott. The 40-year-old came into the FireKeepers Casino 400 coming off his worst two-week stretch of 2019, but he steadily made his way toward the front all afternoon, and even some contact with the outside wall couldn’t slow down the Monster Energy car. He was also very zen after his runner-up finish, perhaps because while he couldn’t quite run with the champ this time out, he and his team showed enough to instill the belief that he might before the summer is over.

The oft-discussed 2019 rules package might not always be able to manufacture races with numerous lead changes, but at tracks like Michigan, it definitely can enhance the racing for position within the top 10. The field wasn’t bunched up the way it used to be during restrictor plate races, but it also didn’t get strung out in the classic intermediate track fashion. The faster cars could use the draft effectively and pass on the outside. Passing without assistance was harder, and even more so when trying to go low. One of the things Logano did so well while leading was to keep forcing challengers down in that direction.

That begs a follow-up question, though: Is Michigan doomed to be a one-groove track, at least with the current package? As the Magic 8-Ball might say, signs point to yes. It very well could be that Logano was just the class of the field he appeared to be, but the lack of a lower lane that worked and the incredible advantage from starting on the outside on restarts (something that was also in full effect during the Xfinity Series race on Saturday) … well, let’s just say they didn’t exactly hurt the leader. We’ve only got a sample size of one race so far, but if the lead car is able to stay in front in August, we’ll just have to be content with seeing the racing among the other top-10 cars.

Where… were the other key players in the end?

We’ve already covered the pole-sitter, who was the same as the race winner. Defending race winner Clint Bowyer didn’t have the greatest day, which is becoming a bit of a thing for him. Bowyer has three top-10 finishes in his last six races, but also three of 24th or worse, and Monday’s was the ugliest of that latter group. On lap 130, he was stuck racing between Austin Dillon and Erik Jones and ended up making contact with Jones’ Toyota. That sent the back of Bowyer’s Ford into the wall, leading to a 35th-place finish on a day when the field was only 36 cars deep. He’s still in playoff position, but winless on the season and not close to consistent enough to look the part of a title contender.

Kyle Larson showed glimmers of his old “Two-Mile Kyle” form, running toward the front at times and nipping as hard on Logano’s heels as anyone managed the whole race. But just as Bowyer’s finishes haven’t always matched the speed of his cars, Larson has been cursed with a number of results that reflect things crumbling near the end, and the once friendly track in the Irish Hills did that to him too as he ended up 14th. Good thing Kurt Busch has been carrying the banner for Chip Ganassi Racing.

If you want to be flip, you can say it was when Logano won the pole. That ensured not only a shot at that precious clean air but also the first pit stall, giving the No. 22 crew a little room for error on pit stops — not that they needed it.

In reality, it was the final restart of the day, which came in overtime on lap 202 after a late caution flag was thrown when Jones spun out and was too slow (apparently) driving out of the infield grass. Logano prevailed on that one as he had all race long, and that was that.

Or was it? Martin Truex Jr., who ended the race in third, called foul on Logano’s restart, claiming the Team Penske driver jumped it “by over a car length.” Then, in classic Truex passive-aggressive fashion, he added, “I guess they don’t enforce those rules anymore” before vowing to remember that for when the positions are reversed. Don’t say he didn’t warn you, everyone.

The Cup Series is off next weekend, making this a bit of a trick question. Time to catch up on that yard work or maybe hit the pool and just forget about stock car racing, right?

Perish the thought! Both the Xfinity and Truck series are at Iowa Speedway, a typically fun short track where the Cup Series doesn’t visit. There are plenty of reasons to watch both races. The Xfinity Series season has turned into a game of “Can you top this?” with all of the Big Three — Tyler Reddick, Christopher Bell and Cole Custer — currently knotted up at three wins apiece. Someone is probably leaving Iowa with a leg up unless a challenger to their stranglehold on the top emerges.

Meanwhile, the Truck Series just consistently continues to deliver the best start to finish racing of the three national NASCAR series, as well as the very real feeling that any number of drivers could visit victory lane in any given race. Heck, Greg Biffle just won last weekend, which isn’t something anyone expected to be typing in the Year of Our Lord 2019.

I mentioned it was a short track too, right? You’ll want to carve out a few hours this Saturday and Sunday night if possible.

How… many drivers will wind up with wins this season?

We’re 15 races into the Cup Series campaign, and only six different drivers have visited victory lane so far. If that seems low, the numbers say it isn’t. Over the past two decades, the Cup Series has averaged 14.5 winners per season, so even adding one more first-time 2019 winner by the time the checkered flag waves at Daytona (which incidentally is also a good place for someone unexpected to win) will have us more or less on pace with recent history.

The question continues to be who will produce those additional winners because right now, Team Penske and Joe Gibbs Racing are displaying the kind of dominance not seen in some time. Elliott is not only the lone Chevy driver to win a race, but he’s also the only one from outside those teams to win — a pretty amazing story considering how good Stewart-Haas Racing was in 2018. To have the status quo hold up would be very unusual, as most seasons in the 21st century have seen at least three teams capture a fair number of victories.

When it comes to individual winners, though, the last time there were less than a dozen was exactly 20 years ago, when only 11 drivers visited the winners circle in a season that was two races shorter than we have today. We’re not likely to challenge that mark of futility, but if more drivers don’t join Elliott in the one-win column this summer, it could be a legitimate point of interest this fall.

The level of whining from one of the older people racing in CUP is astounding. What an entitled weasel. Everybody, pull over let Marty, Cole and his moon bat spotter just cross the checkers. In the words of Eddie Murphy…”Pull Ova, Pull Ova”! Even then I am sure if somebody wasn’t throwing rose petals in front of his car, he would whine about that too. Nasty bunch.

So a Gibbs car spins out at the end to give 2 Gibbs drivers a chance to beat a Ford. Must have scratched an itch on his arm.

There does seem to be a TOYOTA pattern with your statement of observation. Wonder if NASCAR and the guys in the booth will catch on to that one. Been going on for some time. I gotta start paying better attention. Nothing would surprise with this nasty outfit.

Lagono was so fast even nascar missed his jump start. Its not illegal if you dont get caught but im sure jesus joe was on it lol. Great race joey.