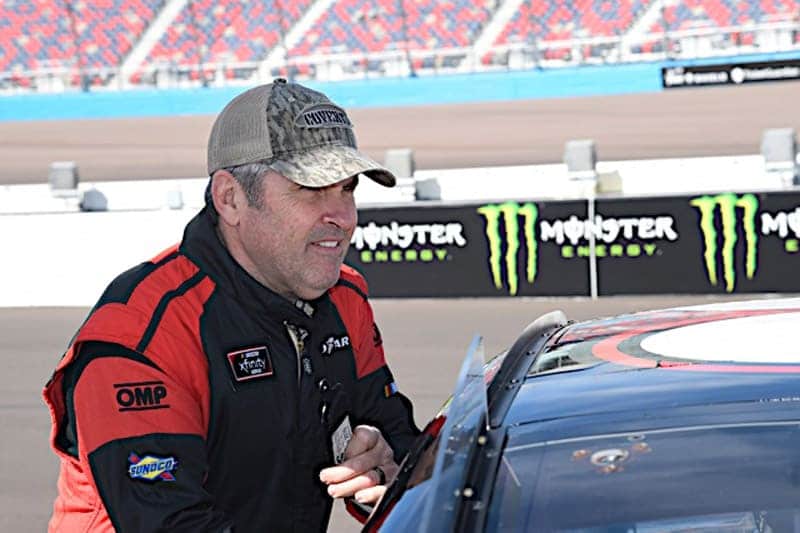 Jeff Green will miss the remainder of the 2019 NASCAR season after the Xfinity Series race at Kentucky Speedway, his primary team, RSS Racing, announced Tuesday, June 11.

The former Xfinity champion is undergoing rotator cuff surgery after Kentucky; that race is scheduled for July 12.

According to RSS, Green will attempt to return to racing in 2020, depending on funding. In the meantime, he will serve as a crew chief for the organization once he is recovered.

RSS has not yet revealed a replacement driver for Green in the No. 38, his primary car in 2019. The organization fields Ryan Sieg full time in the No. 39, as well as Josh Bilicki in the No. 93. Brandon Brown has also driven for RSS in 2019.

In 13 starts in 2019, Green has one top 10, a seventh-place run in the season-opening race at Daytona. He’s 35th in points, having started and parked for much of the season.

Green is the 2000 Xfinity champion and has 16 wins to his credit in the series, the most recent coming in 2002.

The effects of too many hard left hand turns to the garage?

Agreed. Don’t know what the hell happened to Green. He went from being fearsome in those cars to a field filler, overnight.

aging is a wicked thing.

Strangest and sorry-ist career in modern NASCAR. An Earnhardt disciple, a Childress Cup driver, a Busch Series champion for PPC Racing and soon after a complete and utter non-factor. Almost the same type of career arc/drop off as Derrike Cope. Dunno what happened there, but would make a great bio story for Frontstretch….