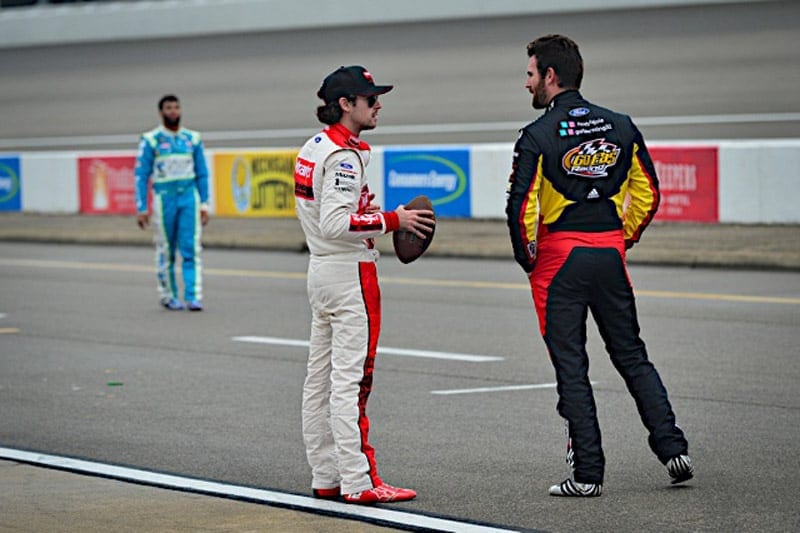 No Cup race this weekend means itʻs time to find other ways to have fun (credit: Nigel Kinrade)

Once again NASCAR can’t win for losing! One of the best races of the year as far as on-the-track action got moved to a Monday evening slot. NASCAR reporter Jeff Gluck always runs a YES/NO poll after each race, and I was shocked this race was a 50/50 split.

I have been one of the more outspoken critics of this aero package, yet I saw that it worked well at Michigan International Speedway. We still didn’t have many green flag passes for the lead, but we had many attempts at passes and close racing. Now NASCAR heads into an off week for the Monster Energy NASCAR Cup Series on what used to be one of the more popular weekends of the year: the traditonal Father’s Day race at Michigan.

Fans Can Handle the Truth

Rainouts in NASCAR happen, and there is a backup plan for everything. These plans are developed well in advance and usually available for the asking by Thursday before race weekend if you have connections. As a meteorologist, I seldom publish a bad weather forecast because I don’t want to hurt the gate at the track in any small way. But when I saw the weather shaping up for Sunday (June 9) I asked around last Friday morning (June 7) and found out that the make-up time on Monday (June 10) in case of rain was 5 p.m./ET.

But when it came time to call off the race on Sunday afternoon, the television and radio broadcasters told the fans it was because of a bad weather forecast early on Monday. The actual reason was the lack of a television slot on FOX Sports 1 because of the Women’s World Cup.

Once you start lying to your fan base with such indifference, you break trust with your fans. A few brave folks in the media reported this fact to the NASCAR fans at the same time radio and television were passing along a “Three Bear’s Story.” Come on. NASCAR fans can handle the truth that FOX Sports had their hands tied because of a world soccer tournament that only happens once every four years.

I confess to being old fashioned because the traditions in auto racing still mean something to me. While I am not a very religious person, I appreciate the pre-race prayer from the preacher because I know it’s important to the drivers, teams and their families who are about to put their lives on the line. I enjoy some of the special traditions at different tracks including things like a high school band performing the national anthem at Martinsville Speedway races.

Racing on Father’s Day weekend is as important to NASCAR fans as it is for golf fans and the U.S. Open golf tournament. As NASCAR gets prepared to shuffle their schedule in major ways, I sure hope they respect these traditions because they still matter to many of us NASCAR fans.

Canary in the Coal Mine

This was a tough week for this reporter because I heard a whopper of a rumor about a major NASCAR team planning to shut down their operation for next season. While this information came from a usually reliable source I have known inside NASCAR for many years, I refuse to make huge waves based on one single rumor.

While I didn’t want to contact the team mentioned in the rumor yet, I did make a few other calls with my reliable sources within NASCAR and tap-danced around the issue without hearing anything close to a second source for the rumor. But if a Charter-owning team that runs up toward the front of the pack in NASCAR’s Cup Series is thinking about leaving at the end of the year, this move would be a major “Canary in the Coal Mine” for NASCAR.

In recent weeks, we have heard lots of rumors about possible additional manufacturers thinking about NASCAR, and maybe this will save TEAM X. But if a major team is looking to leave the sport with uncertainties over money paid to teams via the series sponsorship or lack thereof, that has to be a huge concern for everyone going forward.

27 thoughts on “Odds & Ends Around the Track: Trouble in Paradise Edition”