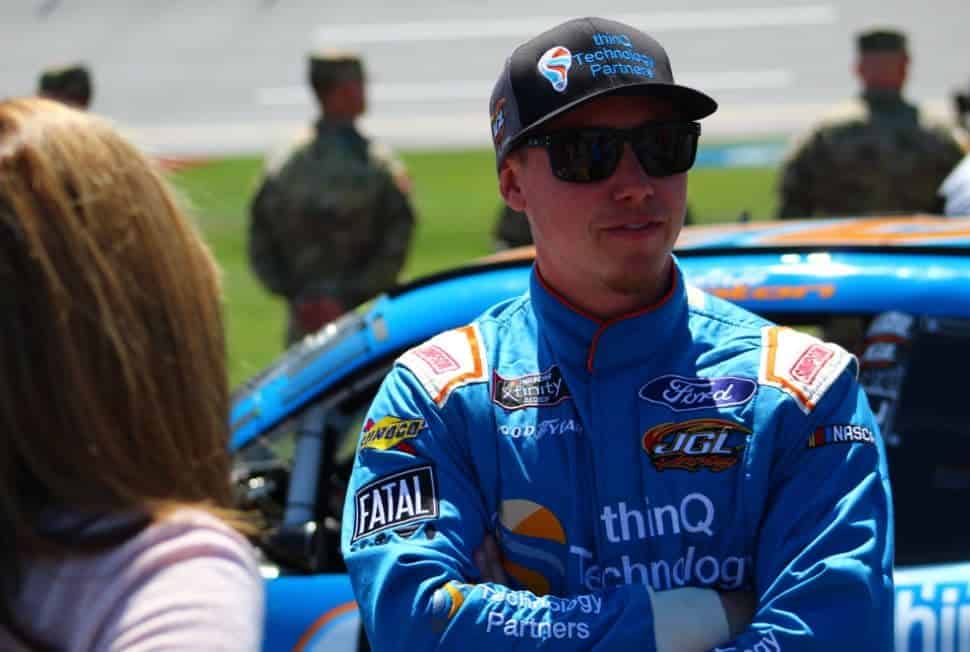 Dylan Lupton has found a home for the 2019 season; DGR-Crosley announced Wednesday (June 13) that Lupton will compete for the team in at least six races this year in the NASCAR Gander Outdoors Truck Series.

“I am excited to finally announce my 2019 plans and join DGR-Crosley in the NASCAR Gander Outdoor Truck Series,” Lupton said in a team release. “DGR-Crosley has proven to be a very competitive team in the series in a short amount of time, and I believe we will be contending for wins throughout my schedule.”

Lupton’s first race on the dock is at Chicagoland Speedway on June 28, where he’ll wheel the team’s No. 5 truck, a fourth entry for DGR-Crosley (the organization fields the Nos. 17 and 54 trucks full time, plus a part-time No. 15).

It will be his first race in one of NASCAR’s top three series in almost a year; he last raced in the Xfinity Series at Pocono Raceway last June. He ran a total of 35 races in the series from 2015-2018, scoring a best finish of ninth at Mid-Ohio Sports Car Course in 2015.

Additionally, in 2016 he ran in four races in the Monster Energy NASCAR Cup Series, as well as two events in the Truck Series. In both truck races he earned 12th- and 19th-place finishes for Young’s Motorsports and Athenian Motorsports, respectively.

“Even though I have experience in all of NASCAR’s top three series, I don’t have that many Gander Outdoor Truck Series starts,” Lupton said. “I’m eager to learn from people like David [Gilliland, team owner] to strengthen my racing resume and becoming an asset to the DGR-Crosley organization.”

Gilliland said: “We were super excited when we got the call that Dylan wanted to do some races with us. His experience across multiple levels of racing is going to be a huge asset as we go to some of these tracks through the summer and fall months.

“I know that Dylan has the talent to run up front and I’m looking forward to working with him. I feel confident that we will put together some strong finishes with him this season.”

After Chicagoland, Lupton is set to run at Kentucky Speedway, Bristol Motor Speedway, Las Vegas Motor Speedway, ISM Raceway and Homestead-Miami Speedway for the final truck race of the season. His truck number for those events have not been announced.

Lupton’s announcement comes on the heels of the reveal that DGR-Crosley’s Tyler Ankrum, who had originally planned to run for the championship in the team’s No. 17, had scaled back his schedule due to a lack of funding. Raphael Lessard has also come on board the organization in the past week, starting with this weekend’s event at Iowa Speedway.