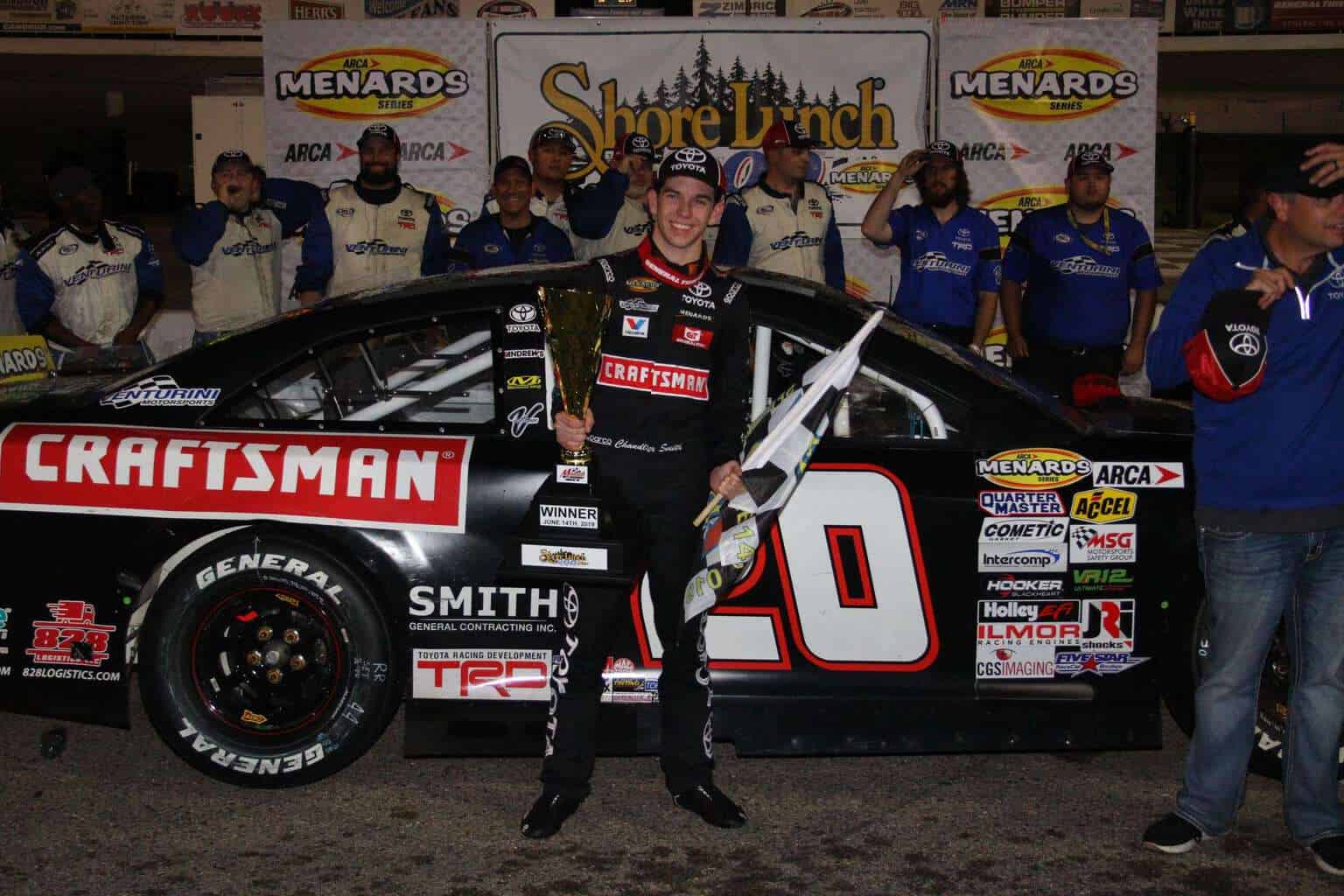 Chandler Smith dominated the Shore Lunch 200 early, but he faced numerous challengers throughout the race, ultimately holding off teammate Michael Self to win at Madison International Speedway.

Smith broke the track record in ARCA Menards Series qualifying, and he dominated the first half of the race.

On lap 91, he put his teammate and fan favorite Hailie Deegan one lap down. On lap 111, Corey Heim lost control of his No. 22 Chad Bryant Racing Ford and backed it into the wall, bringing out the first caution of the race.

By ARCA rule, all drivers were required to pit before lap 190. When the caution flag flew, all lead lap cars pitted, and Deegan returned to the lead lap via the free pass.

On lap 124, after racing the lead lap cars hard, Joe Graf Jr. cut a right side tire and smacked the wall in turn 4. The second caution flag benefited Carson Hocevar, who received the free pass to get back on the lead lap.

With 50 laps to go, Ty Gibbs bumped Smith in turn 2. When they exited turn 4, Gibbs wrestled the lead away. As the laps wound down, Smith, Gibbs and Christian Eckes all dealt with red hot brake rotors, signaling they braked hard throughout the duration of the event.

Rain came to Oregon, WI, and officials displayed the red flag on lap 162. When the rain subsided, officials dried the track, and Travis Braden received the free pass, regaining one of his laps.

With 18 to go, Eckes fought his teammate Self for the lead. As the leaders drove into turn 4, Eckes got loose underneath Self. Eckes spun to bring out the caution, and Braden got back on the lead lap.

With 11 laps left, the No. 55 Venturini Motorsports Toyota engine blew up, ending Deegan’s race. After officials cleaned the track, Smith just cleared Self as the leader at lap 190. He held off Self, and the Venturini Motorsports drivers finished first and second. In third place was Sam Mayer, who used some pit strategy to gain a few positions. Braden finished in fourth place, and Bret Holmes rounded out the top five.

Smith will compete in the NASCAR Gander Outdoors Truck Series race tomorrow (Saturday, June 15) at Iowa Speedway. He will have plenty of confidence after winning his fourth career ARCA Menards Series race.