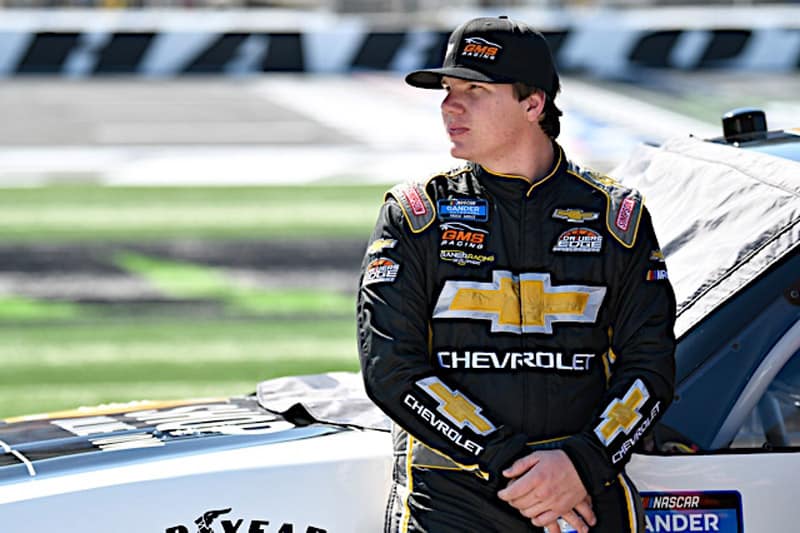 The Gander Outdoors Truck Series teams prepared their trucks in two practice sessions Saturday (June 15) before the M&MS 200 at Iowa Speedway. Chandler Smith and Sheldon Creed led the way in each session.

Tyler Dippel‘s No. 02 truck showed speed late in his run and was sixth quickest. Hattori Racing’s Austin Hill, ThorSport Racing’s Matt Crafton and Stewart Friesen were seventh through ninth. KBM rounded out the top 10 with the No. 4 truck of Todd Gilliland.

All 32 trucks that are entered for the race turned laps in this session, though Tyler Ankrum and Norm Benning only ran four and five laps, respectively.

Friesen led the 15 drivers who made a run of 10 consecutive laps, with an average lap speed of 130.772 mph. Creed and Smith were the other two drivers to average above 130 mph.

In the second session, a variety of teams found their way to the top of the charts. Creed posted the quickest time of 23.458, the only driver to top 134 mph. Lessard and Hill came behind Creed in second and third. Burton and Moffitt rounded out the top five.

Again, all 32 drivers posted times in the session; this time, 18 drivers ran 10 consecutive laps and Kansas winner Ross Chastain led the way with an average speed of 131.133 mph. Creed, Sauter, Rhodes, and Smith posted the next fastest 10-lap averages, all above 130 mph.