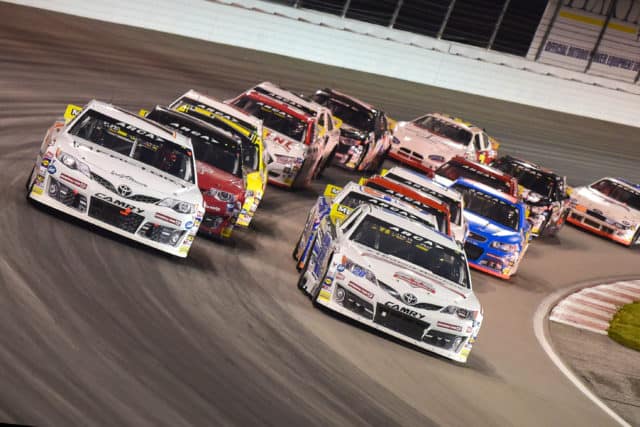 The second half of the ARCA Menards Series season begins this weekend at World Wide Technology Raceway at Gateway.

The first half of the season has seen everything from Venturini Motorsports and Toyota’s domination in spring to Ty Majeski and Chad Bryant Racing going back-to-back to kick off the summer at Charlotte Motor Speedway and Pocono Raceway. Last weekend at Madison Speedway, Chandler Smith earned his fourth career victory in ARCA while Michael Self held onto the points lead over Bret Holmes by 35 points.

Sheldon Creed will not defend his victory from 2019 as he’s moved to the NASCAR Gander Outdoors Truck Series full-time.

Points leader Self will be running Gateway in ARCA for the first time in his career. Self has earned six career victories, three this season, but his last victory came earlier this month at Michigan International Speedway.

The fact that Self has never raced at Gateway gives Holmes a slight chance at some extra points. Holmes finished last season’s race in 10th and has shown more speed this season. Both drivers will battle it out this weekend under the St. Louis Arch as each looks for a gateway to the championship.

In five ARCA starts, Gibbs hasn’t finished outside the top 10. He has three second-place finishes (Five Flags Speedway, Fairgrounds Speedway-Nashville and Toledo Speedway). Joe Gibbs Racing has only been to victory lane once at Gateway, coming in 2009 in the NASCAR Xfinity Series with Kyle Busch. Gibbs will look to earn JGR’s first victory at Gateway in almost 10 years.

Drew Dollar and Gavin Harlien will both make their ARCA debuts this weekend. Dollar will pilot the No. 4 entry for DGR-Crosley Racing while Harlien will pilot the No. 55 for Venturini Motorsports. Dollar is from Atlanta, Ga. and has five NASCAR K&N Pro Series starts under his belt with the best finish of fourth at Bristol Motor Speedway. Harlien is following in the steps of 2018 ARCA Menards Series champion Creed, coming from Super Trucks racing. This will be the first of three slated starts with Venturini for Harlien.

Entry List for the Day to Day Coffee 150 at Gateway