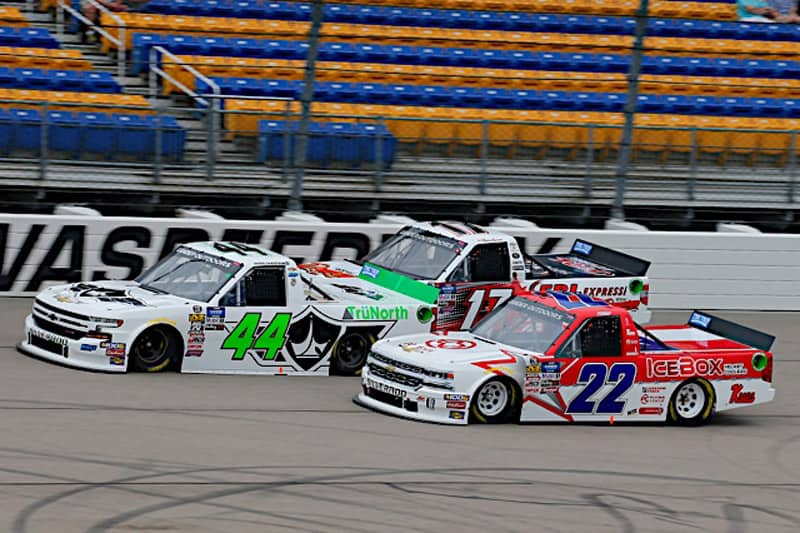 Ross Chastain‘s NASCAR Gander Outdoors Truck Series win on Sunday in the M&M’s 200 presented by Casey’s General Stores was thrown out after his Niece Motorsports No. 44 Chevrolet Silverado was found to be too low in the front end during post-race inspection. Niece Motorsports chose to appeal the ruling

The appeal was heard Wednesday morning by Final Appeals Officer Bryan Moss and denied. As a result, Chastain is credited with a last-place finish of 32nd and does not get to keep any the 20 stage points or seven playoff points that he earned in Iowa.

“Although our team disagrees with the decision, we have exhausted our options for recourse and must move on,” team owner Al Niece said in a team release. “Our sights remain firmly set on the object in front of us – which is making the playoffs. I firmly believe that Ross and this Niece Motorsports team are capable of rising to the challenge, no matter what gets in our way.”

Chastain’s previous win this season, in the No. 45 at Kansas Speedway, did not count towards the playoffs because he wasn’t running for NGOTS points at the time.

“This team is all heart – we aren’t going to let anyone or anything get in our way,” general manager Cody Efaw said.

Chastain is currently 35th in the NGOTS standings with 43 points, 69 points behind Josh Reaume, who is currently in the 20th position. He has three top fives and nine top 10s through 10 races.

“Sunday is in the past,” Chastain said.

With the penalty, the No. 44 team drops to 19th in the NGOTS owner standings with 161 points, while the No. 45 team is currently in playoff position at seventh with 351 points and a win.

The CarShield 200 presented by CK Power will be at World Wide Technology Raceway at Gateway on Saturday night, June 22, at 10 p.m. ET on Fox Sports 1.

No way Nascar was gonna give Chastain a chance to win a truck championship.

Time for the infinite assist trophies to attack lol.

Why can’t NASCAR just come out and say what actually happened and truly caused the penalty. This vague language garbage is getting ridiculous. I get not being super specific until appeals are heard but why when that process is done can’t they just come out and say the infraction of rule X which is this with tolerance of y and the vehicle had mearsurement of z after first attempt and z1, z2 after team attempts to ensure it was not something else.
I liked that NASCAR acknowledged team had a couple attempts to correct for external issues, fueling, etc. As it was still out of spec, apparently by a lot why can’t we be given actual data? This also would reduce the armchair officiating and speculation by fans that go on.

Also, agree now that NASCAR has done it to one team better damn well do it to ALL/ANY team JGR, HM, SHR, GoFas Racing etc. This would be regardless of series or driver.