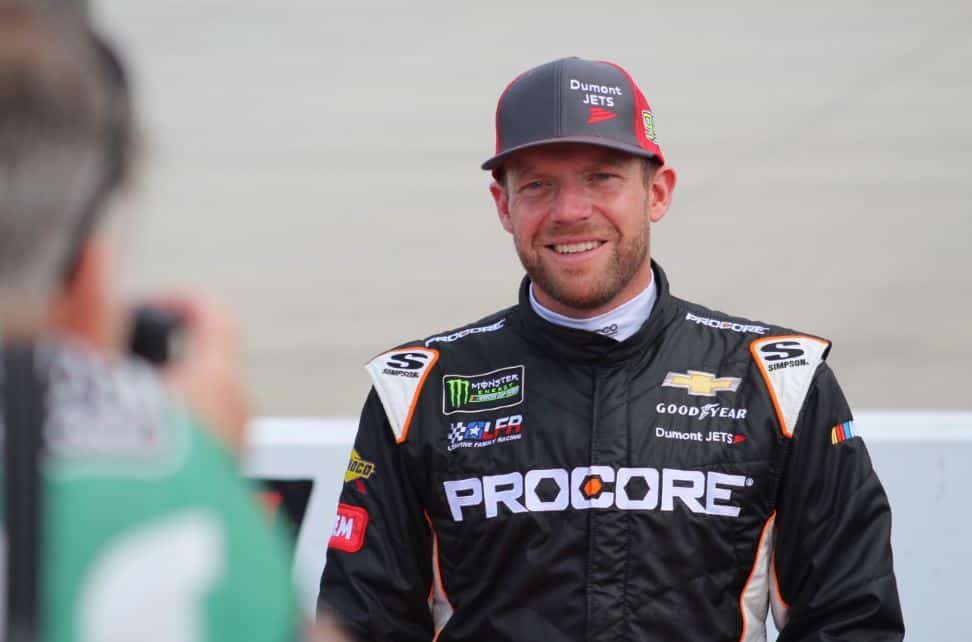 Regan Smith is returning to the NASCAR Xfinity Series and JR Motorsports, the team announced via a Twitter video late Wednesday afternoon (June 19).

Smith will pilot the No. 8 Chevrolet Camaro for two races: the B&L Transport 170 at the Mid-Ohio Sports Car Course on Aug. 10 and the CTECH Manufacturing 180 at Road America on Aug. 24, both of which will air at 3 p.m./ET on NBC Sports Network.

We're getting the band back together this August. Welcome back…. #JRNation pic.twitter.com/Zo3shhguWY

Given its appearance on the car in the video, it seems likely that Fire Alarm Solutions will be the sponsor. They are a primary backer of John Hunter Nemechek‘s No. 23 at GMS Racing, which has an alliance with JRM.

Smith previously drove for the team full-time for three seasons from 2013-15, taking the JRM No. 7 to victory lane five times.

He has four starts at Mid-Ohio, with a win and a runner-up finish to go with an initial 15th and a crash-related 28th. At Road America, he has a best finish of eighth in three starts, though he has improved his finish each time.

Although he drove full-time in the Monster Energy NASCAR Cup Series for five seasons and won the 2011 Southern 500, Smith has become known as the “Super Sub,” because he has made a career of filling in for others at a moment’s notice.

Smith will be the ninth driver to pilot the No. 8 this season, which currently sits 10th in the NXS owner standings.