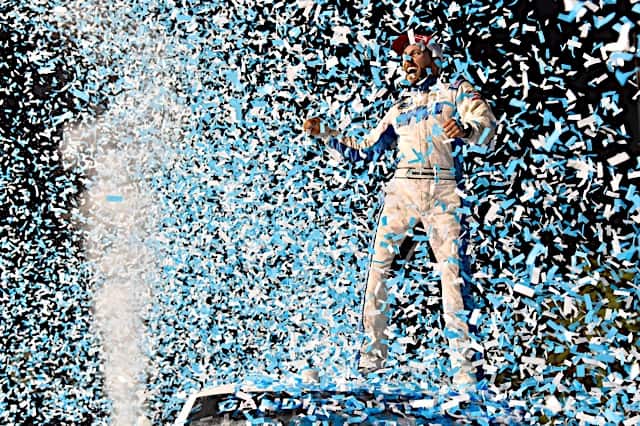 For the first time in over 20 years, NASCAR disqualified a race winner following post race inspection. Will it deter teams from pushing the envelope too much?

Frank Velat: Not likely. There’s too much to be gained with a win. Al Niece had a less than enthusiastic response to the team getting bustedm but I get the feeling he’s in the minority there. Most teams will probably have a similar reaction as Ross Chastain did. It just means they have to go out and win another one. The big question mark here is what would happen if a driver in the playoffs needed to win a cutoff race to advance and did so, only to have the win stripped following post-race inspection. There’s going to be some sweaty palms during inspection as the year goes on, but I wouldn’t expect teams to stop walking that line anytime soon.

Wesley Coburn: Given that we’re not quite to halfway through the season across all three series, I thought this would happen sooner. It worked out terribly for Niece and Chastain, but you do have to applaud NASCAR for sticking with the previously announced rules. Given that it happened in the Truck Series, though, I doubt that will deter Xfinity or Cup series teams from pushing the envelope, especially as the stakes get higher as the season winds down.

Michael Massie: You have to push the envelope in order to win. These crew chiefs, car chiefs and engineers got to where they are because they can tow that line without crossing it. Given how dominant Joey Logano was at Michigan International Speedway, I would guess Todd Gordon and the team did a better job of pushing all of the measurements right up to the limit than everyone else. Chastain’s team failing won’t deter anyone, but Niece because the rest of the teams will think, “We can get away with it.” They’ll keep pushing and pushing against the guidelines until more cross is later this season.

Johnny Sauter was parked (and subsequently suspended) after intentionally spinning and slamming into Austin Hill under caution in the Gander Outdoors Truck Series race. Should Sauter have been  penalized further?

Massie: Parking Sauter for the rest of Sunday’s race and meeting with him and Hill was fine. It was enough to deter the two from engaging in further altercations. Hill wrecked Sauter two weeks in a row, with the second time being intentional. Put any human being in Sauter’s shoes and they would intentionally wreck Hill as well — he deserved it. It’s a situation of the garage policing itself, which is as old school NASCAR as it gets.

Sauter doesn’t deserve a suspension. What he did wasn’t nearly as bad as Jeff Gordon wrecking Clint Bowyer at ISM Raceway in 2012, a wreck that also collected other cars at faster speeds because it was under green. At least Hill was the only victim of Sauter’s move and the speeds were at a cautious pace. If Sauter gets suspended, then Kevin Harvick also needs to be suspended for intentionally wrecking the field at Talladega in 2015 just to move on to the next round of the playoffs. Harvick wrecked multiple cars and cost fans a green flag finish, when any respectable driver would have moved out of the way after a mechanical issue. Yet he received no suspension. NASCAR has no consistency on its suspensions, but they should treat Sauter as well as they treated Gordon and Harvick.

Velat: The key here is that it happened under caution. When the yellow flag is displayed, guards are down. Drivers talk to team members and in some cases, the TV booth. They adjust safety harnesses and reach for their water bottles. Safety workers and vehicles patrol the raceway making sure that any issues are being tended to. Under racing conditions is one thing. Even the cool-down lap after the checkered flag seems to be an unofficial moment of venting grievances. The idea that drivers are ramming each other during this time is absurd.

Coburn: Yes. Three races minimum. You don’t intentionally wreck someone under caution. If I were the team owner I would seriously consider firing Sauter.

Joe Graf Jr. and Ryan Repko each made their Xfinity Series debut on Sunday, while Matt Hurley’s team made its first start with driver Shane Lee. While all three finished 22nd or better, which one was the most impressive?

Coburn: The No. 28 Toyota from H2 Motorsports. Running that well (qualifying 17th and finishing 18th) in the organization’s very first race is unheard of.

Massie: I’ve seen Repko race at South Boston Speedway, and he coincidentally won both races because the first-place car failed inspection. So I expected him to be good. The new team of H2 Motorsports and Shane Lee ran just as well as Joe Graf Jr. and the established Richard Childress Racing. That’s an impressive feat. Plus, they get bonus points for teaching us all that Circuit City still exists.

Velat: H2 and Lee was definitely the most impressive of the three. This wasn’t just the team’s first Xfinity Series race. It was their first race. Never had they pulled up to a racetrack with a car and participated in the event. Usually new teams have at least run in ARCA, K&N or even local short tracks. Not this group. Team owner Hurley has put together a good operation to get this type of result in their maiden venture.

Road course ringers don’t seem to be too common anymore. Who do you think is the best road racing specialist today and why has their participation decreased so much?

Coburn: Does Parker Kligerman count as a road course specialist? They’re rare because of changes to the owner standings making them undesirable (if you had the option to get stage points/playoff points or not, what are you gonna choose?), and because full-time drivers have a lot more time on simulators to practice on road courses than they did in the past, and those simulators are much more accurate. to actual racing conditions.

Velat: Teams don’t really need ringers anymore. Back before feeder series ran on road courses, many drivers would reach Cup having never taken a right hand corner at speed in a race car. So as one might expect, they were terrible. Owners saw a weakness in their opposition and grabbed drivers who listed road racing as a strength. Now between gaining experience in lower levels of racing and the lifelike realism of simulators, drivers are as prepared as they’ve ever been. I would have to say the best ringer right now is AJ Allmendinger.  There’s a few darkhorses out there as well. Andrew Ranger and Alex Labbe are adept at road racing and would be worth calling if a team needed a ringer.

Massie: I guess AJ Allmendinger is the only one currently announced for this year. He could potentially win in the No. 10 for Kaulig Racing. I thought Alex Tagliani was really good, and he almost won an Xfinity race if not for the bumper of Regan Smith. His participation decreased after Team Penske put Austin Cindric in the car full time and Brad Keselowski Racing closed. There’s hardly any ringers today because they don’t bring sponsor money, which drives everything now. Regardless, if I owned a car, then I would have to give Marcos Ambrose a call for Watkins Glen International. He’s the best ever there, and I felt a huge opportunity was missed when Penske signed Ambrose to race V8 Supercars in 2015 but didn’t enter him in NASCAR’s races at The Glen.