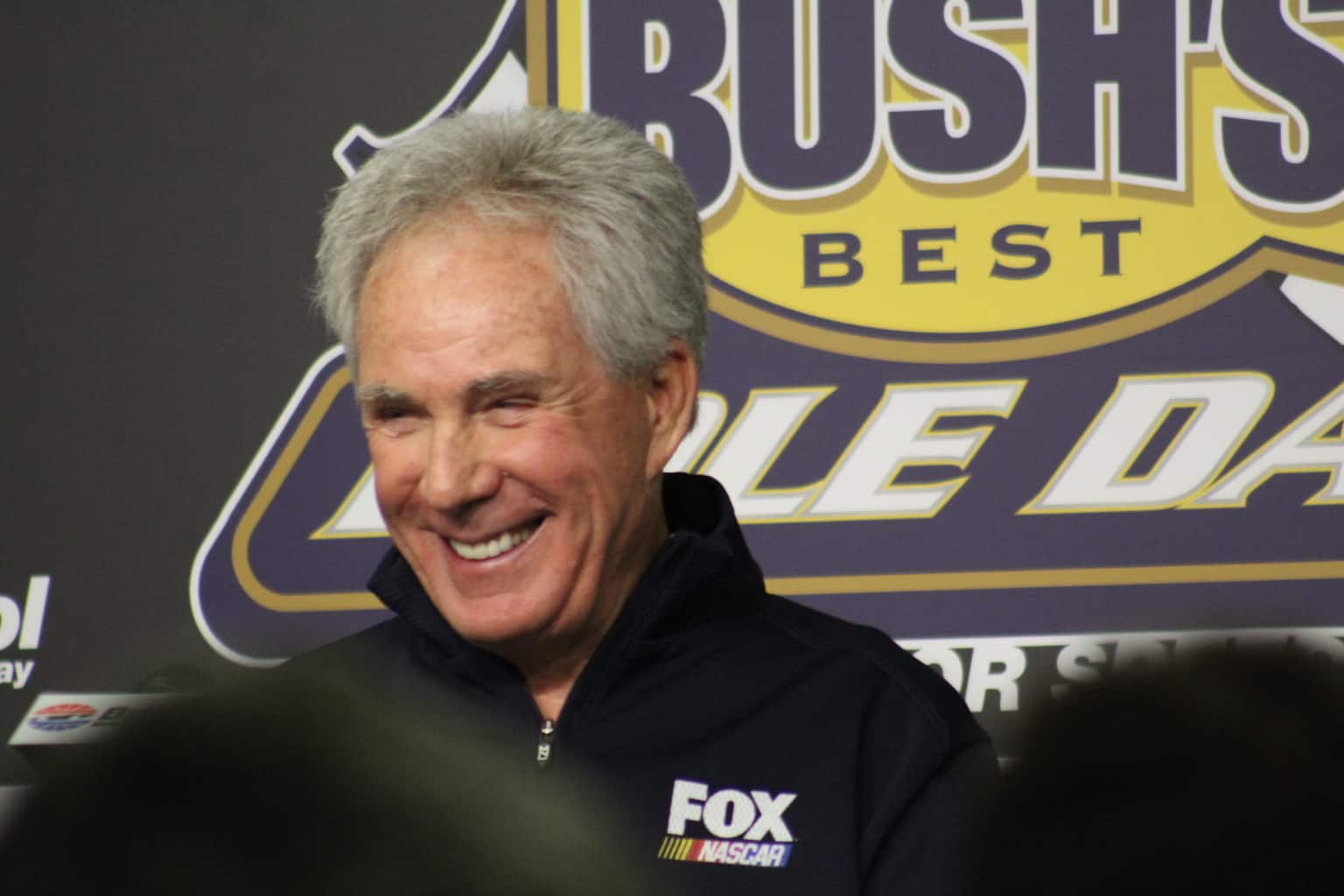 It’s the end of an era in NASCAR Cup broadcasting that spanned nearly two decades. Darrell Waltrip, who announced his retirement from Fox Sports in April, will call his final race Sunday, June 23 at Sonoma Raceway.

Waltrip’s presence and knowledgeable analysis impacted the sport and engaged viewers in the excitement on the track. His voice became a staple every week for the first half of the season, in part due to his southern tone and offbeat humor. In what is sure to be an emotional and memorable weekend, a few race teams presented well-deserved tributes for the Hall of Famer. Ricky Stenhouse Jr, David Ragan, and Matt DiBenedetto will use the following paint schemes in the Toyota/Save Mart 350.

ICYMI: @StenhouseJr will pay tribute to @AllWaltrip this weekend @RaceSonoma.

Stenhouse’s No. 17 Ford Mustang takes on a special design this week, with chrome numbers. Waltrip ran a similar scheme in the early to mid-1990s. This isn’t the first time the Roush Fenway Racing driver honored Waltrip’s legacy in NASCAR. Stenhouse also paid tribute to Waltrip in 2016 and 2017 for Darlington’s throwback event.

NEWS:@DavidRagan will pay tribute to Darrell Waltrip in his last race as a @NASCARONFOX broadcaster by running a throwback paint scheme to his 1997 Parts America car this weekend at @RaceSonoma. #ThanksDW!

Ragan was the second driver to announce his unique tribute. As noted in the above tweet, the Front Row Motorsports No. 38 team’s scheme is a nod to Waltrip’s 1997 Parts America car. The hood features Waltrip and his trademark phrase “Boogity, Boogity, Boogity!” that kicked off all of the races Waltrip called.

Ragan said in the team’s press release, “I’m so grateful for the opportunity to run this scheme during Darrell Waltrip’s last race as a broadcaster with FOX. We’ve developed a great relationship over the years and he’s truly been an asset to our sport.

”It still gives me chills listening to replays of him calling my Talladega win in 2013. His enthusiasm for racing is unmatched and I know we will all miss seeing him up in the booth each week. All I can say is, ‘Thanks, DW.'”

So excited to run this #ThanksDW scheme this weekend in honor of @AllWaltrip! He’s done so much for our sport and I’m lucky to call him a friend pic.twitter.com/gZ1zkMfC7u

Matt DiBenedetto and Leavine Family Racing’s No. 95 Toyota team revealed their special homage to Waltrip Wednesday (June 19). This throwback is the earliest of the three tributes and is based on the scheme Waltrip used in 1974. This one in particular is significant, since it’s the same design Waltrip ran when he earned his first pole of his career.

All three memorable tributes on the road course this weekend help fans to remember the accolades of a one-of-a-kind guy. I think Ragan said it best: “All I can say is, ‘Thanks, DW.'” Thanks, indeed, for all the memories.

I am surprised by the absence of GatorAde and Mountain Dew not doing anything. It would of made good publicity.