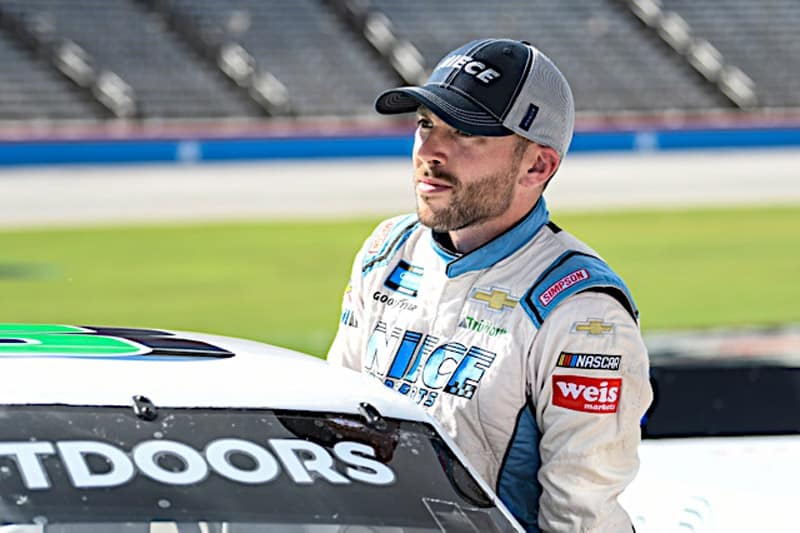 CarShield, the race’s title sponsor, comes on board the No. 45 Niece Motorsports Chevrolet.

It’s a reunion of sorts, as the company also sponsored Chastain in the Xfinity Series in 2016 at Kansas and Phoenix.

“The opportunity to get on board with Ross and Niece Motorsports for the CarShield 200 was just too good to pass up,” said Nick Hamilton in the team’s press release. “CarShield’s relationship with Ross dates back to 2016 and we’re thrilled to partner with Niece Motorsports this weekend. As the entitlement sponsor of the race, it makes sense to expand the program to include a high-profile, on-track element.

“Ross is a proven winner and we’re happy to back him in the ‘Melon Man Challenge’ as he looks to pick up another win this weekend and work his way inside the top 20 in points.”

Chastain, who shifted his declaration for points from the Xfinity series to the truck series, needs another victory and to enter the top 20 in points to compete in the playoffs. Unfortunately, his effort at Iowa Speedway last week was in vain due to his truck failing post-race inspection.

“I’m going to the racetrack with the best team in the business so I’m confident that we can win another race and work ourselves inside the top 20 over the next six races,” said Chastain. “I’m proud that Nick, Travis, Rick and the CarShield team have jumped in with both feet this weekend. We’re expecting to run up front, look to win another race, and put what happened at Iowa Speedway behind us.”

Chastain is scheduled to run double duty this weekend at both Gateway and Sonoma. Since he will practice and qualify for the truck race Saturday, Kyle Weatherman announced via Twitter he will qualify for Chastain in the Monster Energy NASCAR Cup Series. Chastain will then move to the rear before the start of Sunday’s Toyota/Save Mart 350, because of the driver change.

Excited to practice and qualify the 15 @premiummotrspts car in @RaceSonoma for @RossChastain we will get it tuned up for you Sunday ?? @NASCAR pic.twitter.com/Bizp2UAfh7

Saturday’s CarShield 200 presented by CK Power from World Wide Technology Raceway at Gateway will air at 10 p.m. ET on FOX Sports 1. Then, the Toyota/Save Mart 350 airs Sunday, June 23 at 3 p.m. ET on the same network.