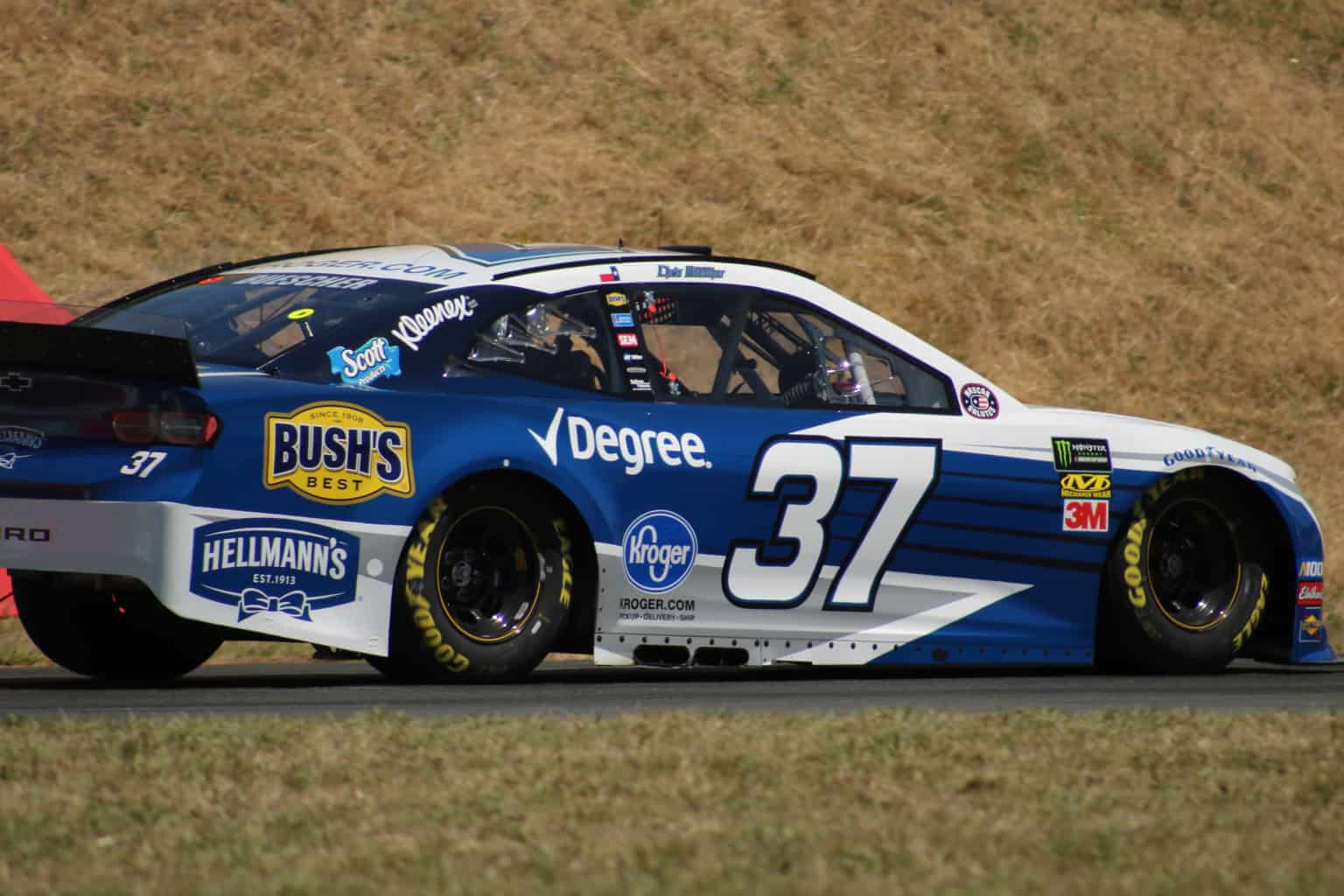 The Carousel is back! No, not the amusement park ride. It’s the downhill corner featuring a 200-degree radius turn before the course’s longest straightaway. The section is one of the facets at Sonoma Raceway that Monster Energy NASCAR Cup drivers need to adjust for Sunday’s Toyota/Save Mart 350.

The racers head to the series’ first road course of the season, and they are back to the higher horsepower package with no aero ducts. Due to the twisty and somewhat unpredictable nature of the racetrack, pinpointing the right drivers for your daily fantasy lineups can be a challenge. However, you can use the results and information from the practice sessions and qualifying to help you create your roster, as well as general historical data.

When constructing your lineups, it is important to note that there are only 90 laps in this race. That means only 22.5 DraftKings points are available for leading laps. A better strategy would be to target a possible race winner and drivers likely to finish ahead of where they start the race. Practice times and the starting lineup can help you make this decision.

The picks below can help you start building your lineup for Sunday’s race. Good luck!

The reigning Sonoma Raceway champ is a sure favorite to win again. In the previous three races here, he’s qualified near the front but did finish in the back of the pack one time in that span. He looked very quick in both practice sessions, the first of which he snagged the lead time near the end of the period.

Over the course of the first half of the season, Truex has three victories, six top fives, and nine top 10s. He also has an average finish of 11.5. My main concern with Truex is his starting position. He would give you more points if he starts in the teens or 20s. Still, he could be a fixture in your DraftKings lineup.

Though Elliott has a limited career in wine country, he’s performed very well. Two out of three top 10s, including a top five, is great. However, like Truex, he started both races right around where he finished. This makes him risky but could be a risk you want to take to succeed in daily fantasy. He and his fellow Hendrick teammates were fairly quick in practice, though Elliott found more speed in the second session. He could give you bonus points for fastest laps, as well as laps led if he starts near the front.

Before the last Cup race at Michigan, Elliott was on a five-race top-five streak. His only other top-five finish was at Martinsville. All the Hendrick cars have shown speed lately, but only Elliott found a way to beat Team Penske and Joe Gibbs Racing at Talladega. Sonoma is a whole different ballgame, though.

Busch had the second fastest time in final practice behind his Chip Ganassi Racing teammate Kyle Larson. Out of the past eight races here, Busch has seven top-five finishes. In fact, in the previous two races, he started well outside the top 10 but finished seventh and sixth, respectively. He seems to know how to work his way around a road course and is a candidate for positive place differential fantasy points. He is also one of four full-time Cup drivers to have an average finish within the top 10 so far this year.

How could I not include Bowyer as one of my picks? He has the best average finish among all the drivers at this track. I mean, 10 top 10s out of 13 races is amazing. Even with the addition of the Carousel, Bowyer ran top 10 practice times (seventh and fourth). You will need to watch where he lines up for the race, as he would give you more DraftKings points if he started further back. I have no doubt that he could pass cars both on the track and in the pits.

Though Jones has a very small track history, he’s had good performances in the past two races at Sonoma. In both races he finished ahead of where he began; last year he passed 13 drivers to finish seventh. Although he has not had as many good finishes as his JGR cohorts so far this year, he does have four top fives and six top 10s. One of those top fives came at Pocono, where he came in third place. He could be good to pair with Truex, should you choose to stack the drivers.

Buescher is another candidate for positive place differential points. In the 2018 race at Sonoma, he earned a 12th place finish after starting back in 25th. He also has performed well recently in 2019. In each of the past four races, he earned at least 40 DraftKings points. Two of those races he finished 10th and sixth. Since his price is reasonable, you can fit him with one of the more expensive drivers in your roster.

LaJoie is truly a dark horse in daily fantasy. Not only is he super cheap, but he also is making his first appearance in the series at Sonoma. Even though he hasn’t driven around this track before, he looked really good in first practice (16). Like Buescher, he can give you points for completing the race better than where he begins, so long as he stays out of trouble. He does have two top-15 finishes so far this year: 11th at Talladega and 12th at Charlotte. This could be a track where he performs similarly to those races.