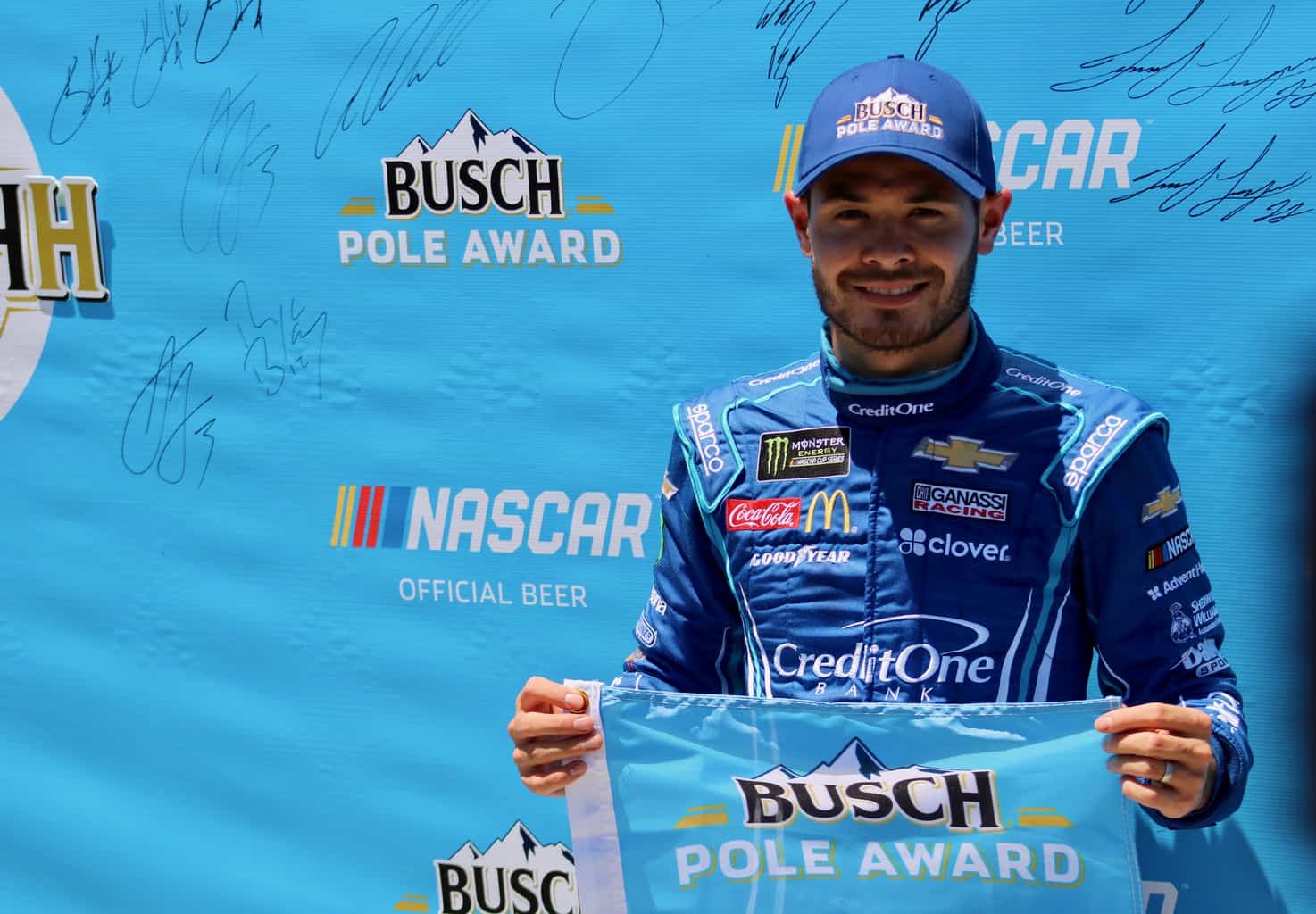 Kyle Larson wasn’t going to let anyone get in the way of him getting his third consecutive pole at Sonoma Raceway on Saturday afternoon (June 22).

“I felt good in our mock run yesterday in practice, ran a good lap,” Larson told FOX Sports 1. “Both of these two rounds I ran good. I felt like I overdrove the first session.”

Just call him 3-Time.@KyleLarsonRacin will be on the #BuschPole for the #TSM350 for the 3rd year in a row! pic.twitter.com/oO9C2WT5Fw

This was the first time since Kansas Speedway in May that the Monster Energy NASCAR Cup Series ran group qualifying, as it changed the format to single-car qualifying to every track except for road courses after that race.

In round one, it was Larson who wasn’t letting go of the top spot, as he was fastest, followed by William Byron, Joey Logano, Ryan Blaney and Chris Buescher rounding out the top five.

Erik Jones found trouble as he got a left rear puncture and wasn’t able to make it out again due to not being able to change tires during qualifying.

Among the notable names not advancing to round two were Kurt Busch, who was second fastest in final practice, and 2017 Sonoma winner Kevin Harvick. Busch will start 16th, and Harvick will start 23rd.

In round two, it was the Larson show once again, and he will lead the field from the start of the field as a result. Byron will start second, followed by Logano, Chase Elliott and Daniel Suarez to round out the top five.