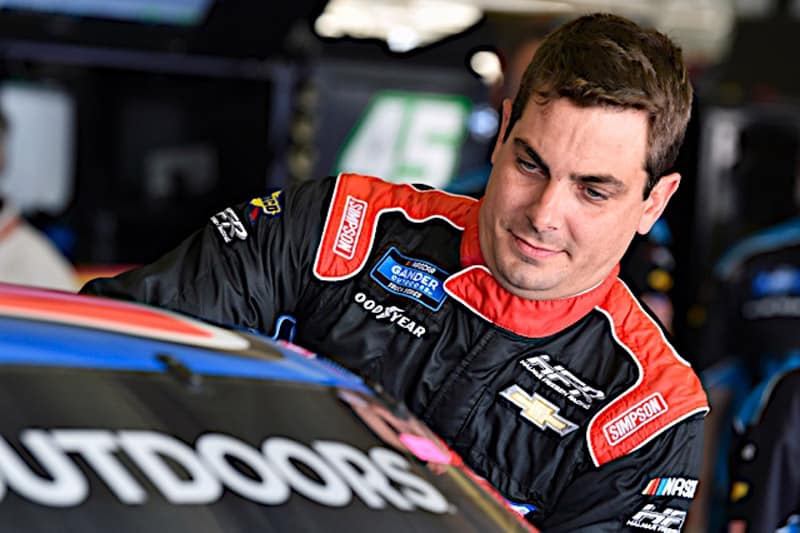 After Mother Nature forced NASCAR to cancel a practice session and qualifying earlier on Saturday (June 22), the NASCAR Gander Outdoors Truck Series drivers received their only track time leading into the CarShield 200 at World Wide Technology Raceway at Gateway.

In the lone practice session, Stewart Friesen led the field with a time of 32.911 seconds (136.732 miles per hour). Friesen will search for his first career Truck win tonight.

After Johnny Sauter was suspended following an incident with Austin Hill in last week’s race at Iowa Speedway, Myatt Snider was announced as his replacement. Myatt Snider completed the fourth fastest time in this practice session, 0.217 seconds behind Friesen.

Rounding out the top-five fastest was Brett Moffitt. Moffitt is seeking back-to-back victories. Last week, after Ross Chastain‘s No. 44 Niece Motorsports Chevrolet failed post-race inspection, NASCAR declared Moffitt the winner of the M&M’s 200. In the Gateway practice, Moffitt wheeled his No. 24 GMS Racing Chevrolet around the 1.25-mile track in 33.157 seconds (135.718 mph).

The CarShield 200 will start at 10 p.m./ET. on Saturday night, and TV coverage will be provided by FOX Sports 1.