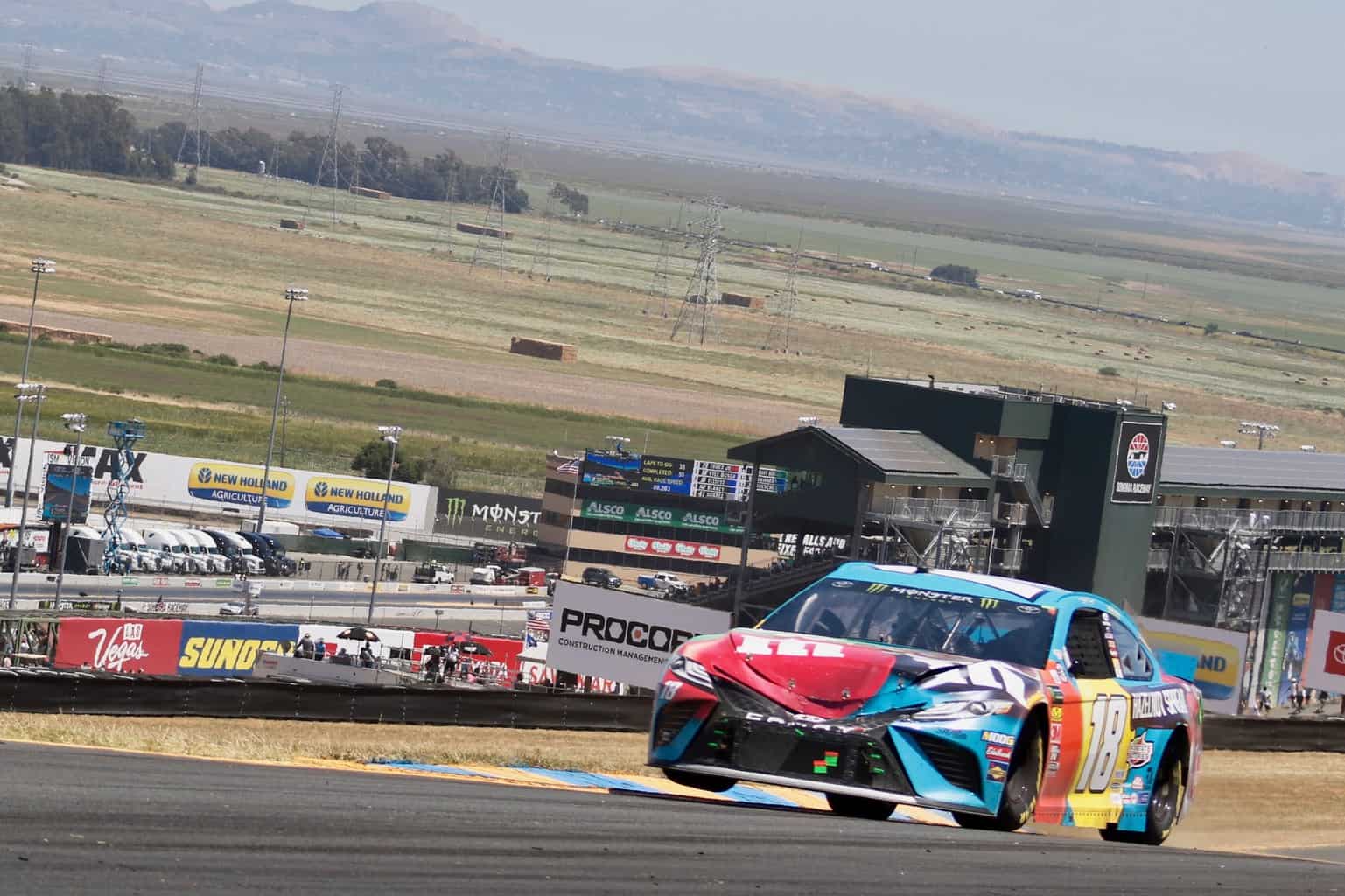 It wasn’t meant to be for Kyle Busch.

After leading 37 laps in Sunday’s (June 23) Toyota/Save Mart 350 at Sonoma Raceway, the Candyman fell one spot short of earning his third Sonoma victory, as he failed to reel in Joe Gibbs Racing teammate Martin Truex Jr.

“I ran pretty hard the majority of that run trying to get there,” Busch said after pitting a few laps later than Truex did in the final stage. “I didn’t think there was going to be a whole lot of a chance when I got there, considering he was going to be riding around, saving his tires and pressing the brakes, not pressing the rubber.

“I knew it was going to be a tough order to keep my momentum and speed going for the entire run. When I got to one second back, I went hard for one lap to try and push it really hard to try and get to him there before he had a chance to pick it up. And I burned the left rear off it and that was it with five to go.”

Sunday marked Busch’s third consecutive top-five finish at Sonoma and seventh top 10 in his 15th trip. For his teammate Truex, it marked the third win of his career and second in a row at the California road course.

The two shared a laugh as Truex rolled his car down pit road to victory lane.

“I told him earlier this weekend he sucked here, and I was right,” Busch joked. “He’s pretty good here, one of the best here. Year in, year out, he’s kind of been one of the guys to beat. And the past few years he’s been the guy to beat. Proud of the No. 18 bunch, we at least kept up better this weekend to the No. 19 and we were in the vicinity when the checkered flag flew.”

“Not really,” he said. “You got 40 of the most talented drivers in this country and this world that are out here. It’s no surprise we didn’t see any issues and didn’t see any more things happen today. It’s racing, man. We try to do what we can.”

Busch will look to do one better next weekend at Chicagoland Speedway and defend his win after bumping Kyle Larson out of the way in an instant classic last season.