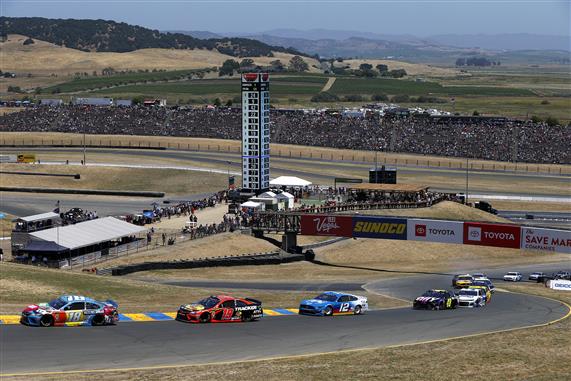 It’s the end of a chapter in the 2019 Monster Energy NASCAR Cup Series season, and also the end of an era, as the Fox/Fox Sports 1 coverage shifts to NBC and the NBC Sports Network for the latter half of the season (except for the Gander Outdoors Truck Series).

It’s also the end of the road for Darrell Waltrip, who called his final race (barring surprise guest appearances in the future) after being a part of the Fox broadcast team since the 2001 Daytona 500, which his brother Michael Waltrip won, while his car owner, Dale Earnhardt, perished after a late crash.

DW ran in the Cup Series as a driver from 1972 in a self-owned car to championships in 1981, 1982 and 1985, driving for legendary team owners like Junior Johnson, Rick Hendrick and Earnhardt, before winding his career down as a living memory from an earlier era as the 20th century drew to a close.

For NASCAR fans not able to remember his driving days, they know Waltrip from his time in the booth, and likely first gained awareness of his presence within the sport from his role as the anthropomorphic Chevy Monte Carlo Darrell Cartrip in Pixar’s Cars trilogy of films.

Among the well-known brands Waltrip represented were Mountain Dew, Budweiser, Tide and Pennzoil.

Rick Ware Racing had an awful day. JJ Yeley was a last-place 38th after a broken fuel pump in the No. 51, while Cody Ware was 36th after exiting the No. 52 early due to carbon monoxide poisoning (at least the fourth time this year that a national series driver has dealt with this issue). What’s more, they hold the bottom two spots among chartered teams in the owner standings at 35th (No 51) and 38th (No. 52).

Chris Buescher‘s No. 37 Chevy Camaro has finished in the top 20 the past five weeks in a row, and in 10 of the 16 races run so far this season. His only finishes in the 30s were due to crashes at Daytona and Talladega, both tracks where he usually has a reasonable chance to be in the mix for a win.

Parker Kligerman has run seven races this year in the No. 96 Toyota for Gaunt Brothers Racing, and outside of his 15th in the Daytona 500, it’s been a rough year, finishing between 26th and 31st every time (he was 30th on Sunday). They are the highest-running open team, however, currently holding the 36th slot out of 45 total teams.

Kevin Harvick‘s been quiet so far this season, but he’s still rattled off three poles, three stage wins, five top fives and 11 top 10s in the No. 4 Ford Mustang for Stewart-Haas Racing, finishing sixth on Sunday.

Matt Tifft has an impressive road course resume in the Xfinity Series, with five top 10s in eight races, but his challenging rookie season in the Cup Series wasn’t made any easier with Sunday’s 28th-place result in the No. 36 Ford for Front Row Motorsports.

Paint Schemes of the Week

Not one, not two, but three paint schemes paid tribute to Darrell Waltrip this weekend, which seems like a very classy move to honor someone who’s been an ambassador of auto racing for nearly half a century.

DiBenedetto’s scheme shared the No. 95 with Jaws’ early cars, and it was a solid look. The number font is a bit too far out there, but this a nice clean scheme.

This is at least the third time Ricky Stenhouse Jr has done a DW throwback, this time paying tribute to the Western Auto scheme from the early 1990s.

It isn’t immediately clear what scheme David Ragan was paying tribute to, but he had Waltrip’s face on the hood. That might be a bit of overkill, but at the same time it feels like if that’s ever appropriate, it would be now.

This background really should have been left in the past where it belongs.

See ya next year, Sonoma

Chip Ganassi Racing got a lot of good pictures, which is important when visiting a scenic area.

The new Frontstretch puppies are growing very well this week, according to their human, Mark Kristl.

It’s off to Joliet, Illinois and Chicagoland Speedway for a tripleheader weekend of action (actually quadruple-header if you include the ARCA race Thursday night). Confusingly for fans and journalists, though good for marketing purposes if you’re the company, all three national series races are sponsored by the same company … which is also the sister company of the title sponsor of the Truck Series.

The Camping World 225 (Trucks) will be Friday, June 28 at 9 p.m. ET on FS1. Back from his one-race suspension, ThorSport Racing’s Johnny Sauter might bulldoze his way past all the competition like Frank the Thresher.

The Camping World 300 (Xfinity) will be Saturday, June 29 at 3:30 p.m. on NBCSN. Christopher Bell should continue his hot streak.

LOL, on the article. Yeah for the cute puppies! Keep them bowls both of them!

With the three tribute cars it is interesting that 2 of them were Fords and I do not ever remember Waltrip running in a Ford in his Cup career.
Classy scheme with the 17 and 95.
Boo-hiss on the 11 team for not running some kind of tribute somehow with/for the Toyota schilling Waltrip being that the 11 was the number Waltrip had much of his success with those Junior Johnson Monte Carlos.