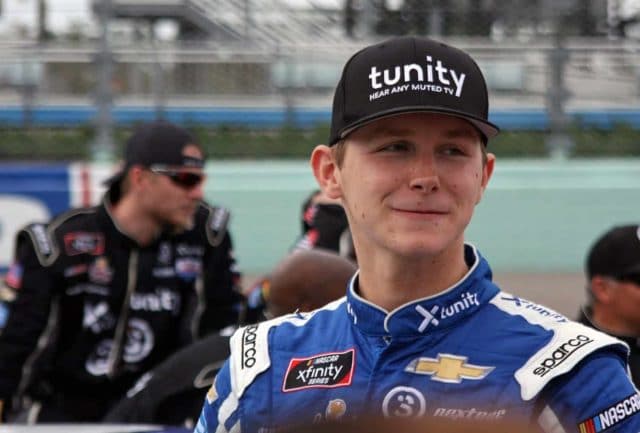 The company will make its 2019 debut in the Camping World 400 at Chicagoland Speedway, with Tifft’s car also sporting the paint scheme at New Hampshire Motor Speedway, the Charlotte ROVAL, and Kansas’ playoff race.

Crab Delights’ livery made its first appearance last year at the Cup Series’ second Michigan race, sponsoring David Ragan, who finished 27th. The scheme will again feature a crab leg design on the sides, with the claws extending onto the hood.

Tifft has run all 16 Cup races in 2019, primarily with sponsorship from Surface Sunscreen. The Cup Series rookie’s best finishes were a pair of 20th-place efforts, coming at Phoenix and Charlotte in the spring.