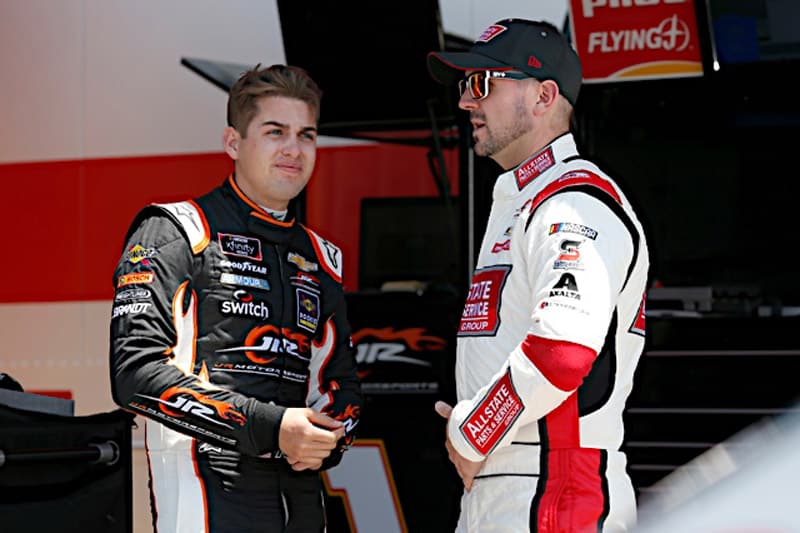 Sometimes all it takes is a new perspective for the team to help improve on areas they’ve been missing. A new (or reunited) crew chief can aid the driver by making adjustments on his car and strategizing a different way to win races.

Take Michael Annett, for example. While he wasn’t terrible before the 2018 season, he certainly wasn’t performing up to JR Motorsports’ caliber. The organization announced at the end of July that Travis Mack would take over the crew chief role. Mack, who had previously served as Kasey Kahne’s crew chief at Leavine Family Racing, was also the No. 9’s car chief for JRM in 2014-2015. Soon after, in Mack’s third race in at Bristol Motor Speedway, Annett scored his first top 10 of the season (7). He also earned two more top 10s at Darlington (10) and Homestead (9).

Occasionally, drivers have the talent, but they don’t have the best equipment underneath them in order to produce more speed on the racetrack. Ryan Sieg, for instance, only had two top 10s in the 2018 season (Talladega and Kansas) and had an average finish of 19.5. This year the RSS Racing team uses ECR engines and chassis from Richard Childress Racing. They already have six top 10s through 14 races, including two top fives (Daytona and Richmond). Certainly, the better equipment has helped Sieg to get closer to victory.

Some teams also have an alliance with another top program. Matt DiBenedetto just scored a career-best finish of fourth at Sonoma for Leavine Family Racing. The team has an alliance with Joe Gibbs Racing, and we’ve all seen how that group has performed so far in 2019. Also, JTG Daugherty Racing runs Hendrick engines in their Chevrolets. Chris Buescher’s average finish so far is already about a half a spot higher than it was last season. He has three top 10s and has run within the top 20 in the past four races. Meanwhile, rookie Ryan Preece finished third at Talladega and eighth at Daytona.

Matt DiBenedetto finished fourth. Yes he hears the rumors that Bell or Jones could end up in the 95 next year. So was that fourth-place finish a statement? #nascar ⁦@NASCARONFOX⁩ pic.twitter.com/Fbg8eeN9y9

3. Switching to another team

This may have more to do with the driver’s talent, but 2018 Xfinity Series champion Tyler Reddick is running better now than he did at this time last year. Last season with JR Motorsports, he started off with a victory at Daytona, but through 14 races he finished with an average of 10.4.

This year he’s piloting the No. 2 Chevy for RCR and has an average finish of 4.7. In fact, before Iowa, he was on a 10-race top-five streak, including three wins. He’s also led 321 laps, well above what he led all of last year. It’s pretty incredible that he’s already topped his championship season.

Noah Gragson seems to be maturing recently, as he has four straight top 10s, including two top fives since last month’s race in Charlotte. He was on a rough patch from Phoenix to Dover, with just one top 10 in that span. Keep in mind, he’s driving the same car that Reddick won the championship in. If the team can find enough speed to pass the Big Three, Gragson can win a race.

Gray Gaulding’s had quite a year thus far, too. In his first full-time season with SS Green Light Racing, Gaulding came extremely close to a Talladega victory. Also, his worst finish after Daytona was 21st at Texas. He should keep growing for the rest of the season, and as he does, he might just taste that first win.

Once in a while, a combination of much of the above conditions comes into play, and drivers obtain their first Cup victory. In 2016, Buescher won the Pennsylvania 400 thanks to pit strategy and strange weather. He was a lap down due to a speeding penalty on pit road, but he earned the free pass on lap 108. Later on, leaders came down pit road for their stops, but Buescher stayed out. Fog rolled through and covered the track so much that spotters couldn’t see through, cutting the race short and giving Buescher his only win.

Also, in the 2017 Coca Cola 600, Austin Dillon saved just enough fuel to win his first Cup race. Martin Truex Jr. and Kyle Busch had pitted during the last 32 laps, but Jimmie Johnson and Dillon stayed out. Both tried to save enough fuel as best as the could, but Johnson ran out with less than three laps of the checkered flag. Dillon’s car ran out of gas as he crossed the finish line.