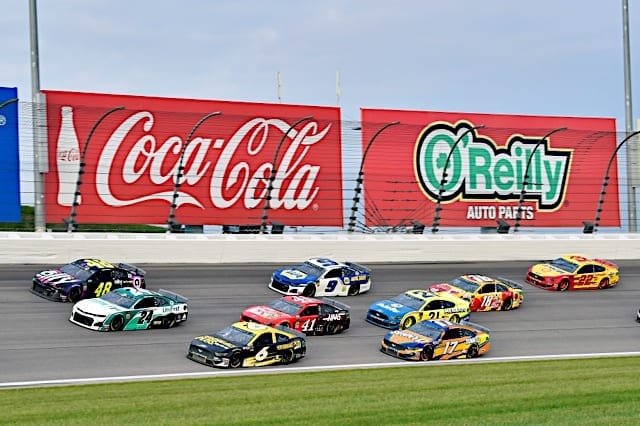 Did You Notice? … How the sport’s upper class has thinned out over the course of the past two seasons in the Monster Energy NASCAR Cup Series? This year, the Big Three has become the Big Two ownership groups as Team Penske and Joe Gibbs Racing have combined to win 15 out of 16 Cup events.

Their success has trimmed considerably the total number of drivers reaching victory lane. 16 races into the year, we only have six MENCS winners for a second straight season in a playoff system designed to reward victories. The dominance also comes despite NASCAR’s push for parity in the form of a new, lower horsepower handling package created to keep the cars closer together. The hope was it would allow more teams to become competitive, creating more upsets and a diverse playoff field.

Instead, we’ve seen the opposite. In both 2018 and 2019, the sport has endured the fewest number of winners through 16 races since way back in 1978, when there were five. Here’s a closer look at the numbers during NASCAR’s playoff era.

It’s notable the most winners during that stretch remains 13 in 2003, the year before any postseason system was introduced. But as recently as 2016, we had a dozen winners through 16 races in what became one of the most competitive playoff battles the sport has seen.

What’s led to all the changes? Certainly, when it comes to Toyota they’ve placed all their eggs in the basket of JGR. At this point, virtually all resources go toward making not only their prized four-car team successful but a strong fleet of development drivers in the sport’s lower series.

Penske, meanwhile has benefitted from Ford’s resurgence and the boost from four-car Stewart-Haas Racing joining their ranks. They also boast a trio of the sport’s best drivers entering their prime in Brad Keselowski, Joey Logano and Ryan Blaney.

Their surge has coincided with a precipitous decline of Chevrolet and their new Camaro. Hendrick Motorsports has won just once this year as the Bowtie Brigade continues to struggle. The manufacturer with the most full-time cars in the field has fallen to a clear third in the pecking order.

But the bottom line is this lack of parity, long-term, is not good for the sport at the top of the ticket. NASCAR and the teams need to find a way to even out the competitive balance across the board.

Did You Notice? … There’s a reason Kyle Busch is going crazy over Harrison Burton and Todd Gilliland? Ross Chastain’s victory at Worldwide Technology Raceway at Gateway last weekend means he’ll almost certainly be one of the eight drivers included in the playoffs. (Chastain is less than 40 points from cracking the top 20).

Once Chastain is eligible, Gilliland will be knocked out and Burton sits on the bubble, 31 points ahead of his teammate and GMS Racing’s Sheldon Creed. A late-season surge by Creed makes it conceivable both of KBM’s full-time drivers will miss the postseason for the first time since expanding prior to 2016.

There’s been a lot of criticism Busch has been too hard on his young drivers. I agree that public criticism to the degree “they ain’t doing sh*t” isn’t the right way to approach Burton and Gilliland. But there’s a reason for him to be upset comparing how this duo has done versus the other drivers jumping in his part-time rides.

A crew chief change for Gilliland before Texas Motor Speedway made it clear Busch is getting impatient. These may be sons of famous drivers, a legacy that helps their quest to stay in the seat but time is beginning to run out.