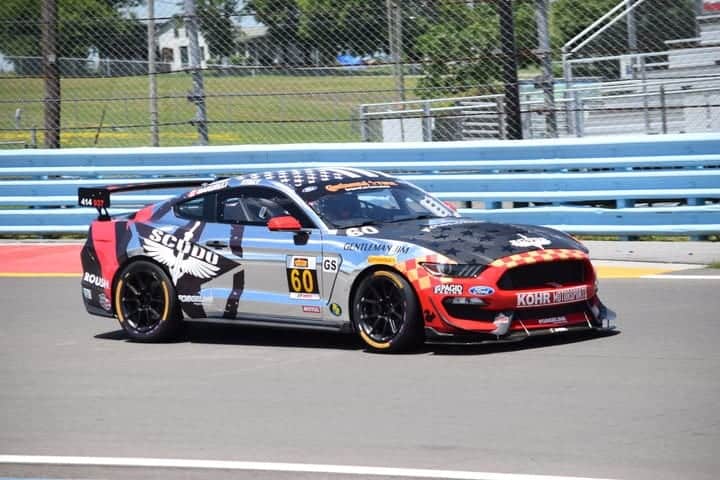 Michelin Pilot Challenge teams will return to action this weekend at Watkins Glen after being off since Mid-Ohio at the beginning of May.  37 teams have lodged entries for Saturday’s four-hour race.

The Grand Sport class has 24 entries, which is up one from Mid-Ohio.  Given the additional length, some teams are running three-driver lineups, while others are going with their normal driving pairs.  Since The Racers Group has chosen to focus on Pirelli GT4 America action with their Porsche Cayman GT4 MRs, that meant that Spencer Pumpelly was free.  BGB Motorsports has snapped Pumpelly up to share their No. 11 Porsche with regular drivers John Tecce and Thomas Collingwood.

Riley Motorsports, which is fresh off of a second-place finish at Mid-Ohio, has brought in additional firepower with Jeroen Bleekemolen from the team’s WeatherTech SportsCar Championship effort.  Given the recent form of Dylan Murry, the team should be formidable.

CarBahn Motorsports has expanded back to two Audi R8 LMS GT4s for this weekend.  Mark Siegel and Tom Dyer will share the No. 93 while Tyler McQuarrie and Jeff Westphal will share the full-time No. 39.  Finally, Turner Motorsport has a new driver, Vin Barletta, that is joining Bill Auberlen and Robby Foley in the team’s BMW M4 GT4.  Barletta will be making his Michelin Pilot Challenge debut.

The TCR class has 13 entries, down from 14 at Mid-Ohio.  Mark Motors Racing, which was in position to potentially win the class last time out, is not entered.

Alexandre Papadopoulos returns to the No. 3 Alfa Romeo, replacing Mark Kvamme, who did a one-off appearance at Mid-Ohio.  The other driver lineups are roughly the same, although two of the 13 teams have three-driver lineups.  They are Fast MD Racing and JDC-Miller MotorSports.  In those cases, the third drivers (Jared Salinsky and Mikey Taylor, respectively) competed in those cars at Daytona in January.