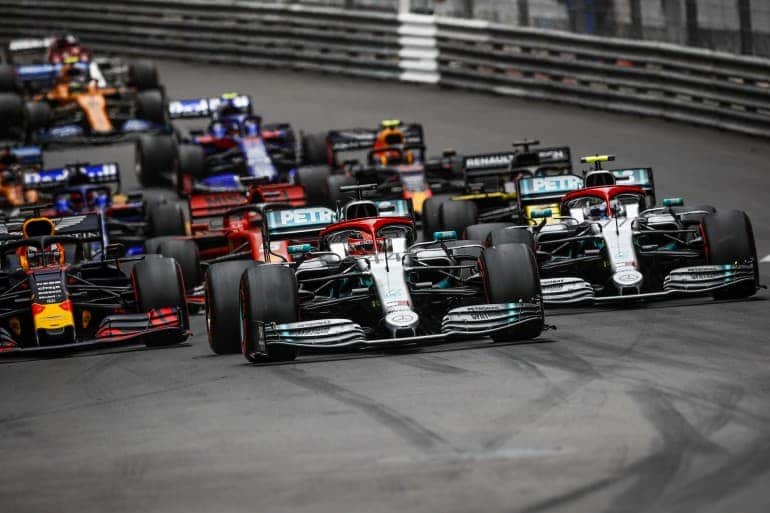 Last Sunday, Formula 1 visited Circuit Paul Ricard in France in what turned out to be a rather dull race.  The reviewers felt the need to call out the matter, with The Telegraph perhaps the most harsh by headlining that “The French Grand Prix Was the Worst Race I Have Ever Seen,” while the BBC offered a more subdued and very British lede of “This Is Not a Classic – I Think It Is Safe to Say.”

Criticizing F1 is a full-time occupation for a lot of people and calling out the French GP as being a clunker is not really making a bold statement.  In fact, either the press pool did not make their statements strong enough to make an impact or they should have gone the other way and proclaimed the race to be remarkable.  At least Motorsport.com attempted to find some sort of silver lining by claiming that Lewis Hamilton’s win was akin to a masterclass in driving.

This comment is not a knock on Hamilton, but this race should not be considered one of his best. Did he run away with the race? Yes, but there was nothing that showed his true talent, and there was no measure of seeing just what he was capable of to gain any appreciation or for others to learn from. He ran away with the race because he’s the best driver in the best car, made a clean start, enjoyed a solid pitstop, and faced no mechanical issues. A day like that would make anyone feel good.

The difficulties here are numerous.

For starters, the rules that have been hewed have created the current car and with it the current racing. As such, the engineers have done their best to develop cars that can do well under such rules. The problem is that Mercedes and Ferrari are so well funded and so far out in front of everyone else that any sense of compelling racing has been removed.

Another aspect is that too many people view the racing of yesteryear as some kind of glorious time when half the cars in the field were able to race wheel-to-wheel every lap and every race featured a photo-finish. Being high on gasoline fumes can do a lot to a person.

The truth about auto racing is that there have always been a few dominant teams and then the weaker ones. What makes racing interesting or worth following is the cycle of watching a team rise to the top only to wonder how long they will stay there. But Mercedes is killing that cycle.

But are things really that different? Michael Schumacher won seven driver’s titles, five of them came in consecutive years, 2000-2004.  It may be difficult to remember through the sepia-infused coloring of our collective memories but not every race during his reign was one to set aside as a classic or a “masterclass.”

What we are currently left with is a situation where engineering is so intense and minute that cars are hyper-specialized and determine much of the outcome of a race. Between the powerplant restrictions, aerodynamic templates, and how much input for a car’s handling is based upon the driver or computers, there’s not a lot of leeway. And that’s without mentioning how tyres factor into the discussion.

Sunday’s race does exist as a learning moment. It is a chance for management to focus on the 2021 car and ensure they get it right, to ensure the cars are still technologically marvelous while also allowing for innovation and the importance of the driver. There’s also that little thing about costs or something about making sure that the sport does not become a runaway example of largesse, but that is a topic for another day.

All of this is to say that there is a lot that must go into developing the next generation car and making sure that the sport gets things right.  If only everyone had faith that they will be able to do so.

– Paddy Lowe, who had moved from Mercedes to Williams in 2017, is no longer with the team.  He had taken a leave of absence which has now turned into a split. The former technical director said, “”After a period of careful reflection, I have reached the decision that I will not return to work at Williams.”

It may seem that the loss of Lowe for Williams would be dramatic or troubling, but he had never been able to work any magic with the underfunded team.

– While Daniel Ricciardo may still be fuming about the penalties leveled against him at the French GP, he did offer a piece of advice for the race. He argued that the track should consider a different layout for F1 and, after this past weekend’s race, it would be difficult to challenge his assertion. Whether or not any alteration would actually have an impact is a matter left for others to consider. Of course, Ricciardo’s comments come after a frustrating weekend of penalties and a statement indicating that his Renault could have performed better if not for the track’s asphalt.

– McLaren has acknowledged that they are not looking to put Fernando Alonso back in one of their cars for 2020. It felt like only a matter of time that they would proffer such a comment. There’s a couple of questions here: 1) why would they replace what has turned out to be a decent pairing with Lando Norris and Carlos Sainz; and 2) what has indicated that Alonso wants back in the game anyway?

f1 has become the most boring form of motor racing there is. I personally record the race. I then watch the start and maybe the first two laps. Then run on fast forward . as lone as it stays green and the leader board shows a Mercedes in the lead it goes to the finish.Technology is great but not for race cars. Get rid of all the computers fancy aerodynamics. If you had just a car a driver and a radio you might have a race worth watching. But of cause that wont happen and we will just get more of the same crap. Lew

Technology aside, I have no doubt in my mind Hamilton is head and shoulders above the competition as a driver. He is the only driver I can recall in F1 that has been able to start in dead last and pull a podium finish (or even a win). I don’t see his teammate, nor anyone in a Ferrari being capable of doing this.

So yeah… when you have a driver that good, driving for the best team in the sport, everyone else is relegated to racing for second. Their only hope for a win is for Hamilton to have mechanical issues – and often even that isn’t enough to keep him completely out of the running.

One thing I do like about F1, they generally give air time and recognize the different “tiers” of capability within their ranks. For example, they’ll not watch Hamilton parade around all race, they’ll show the Redbull team fighting for 3rd, or call out competitors in the midpack tier if they’re making moves or gaining points. If a backmarker team is having a phenomenal day and looking at possibly getting a point, they’ll talk about them too.

F1 is what it is, and in a way I can appreciate it for its unique differences to other racing series.

Thank God there is MotoGP!