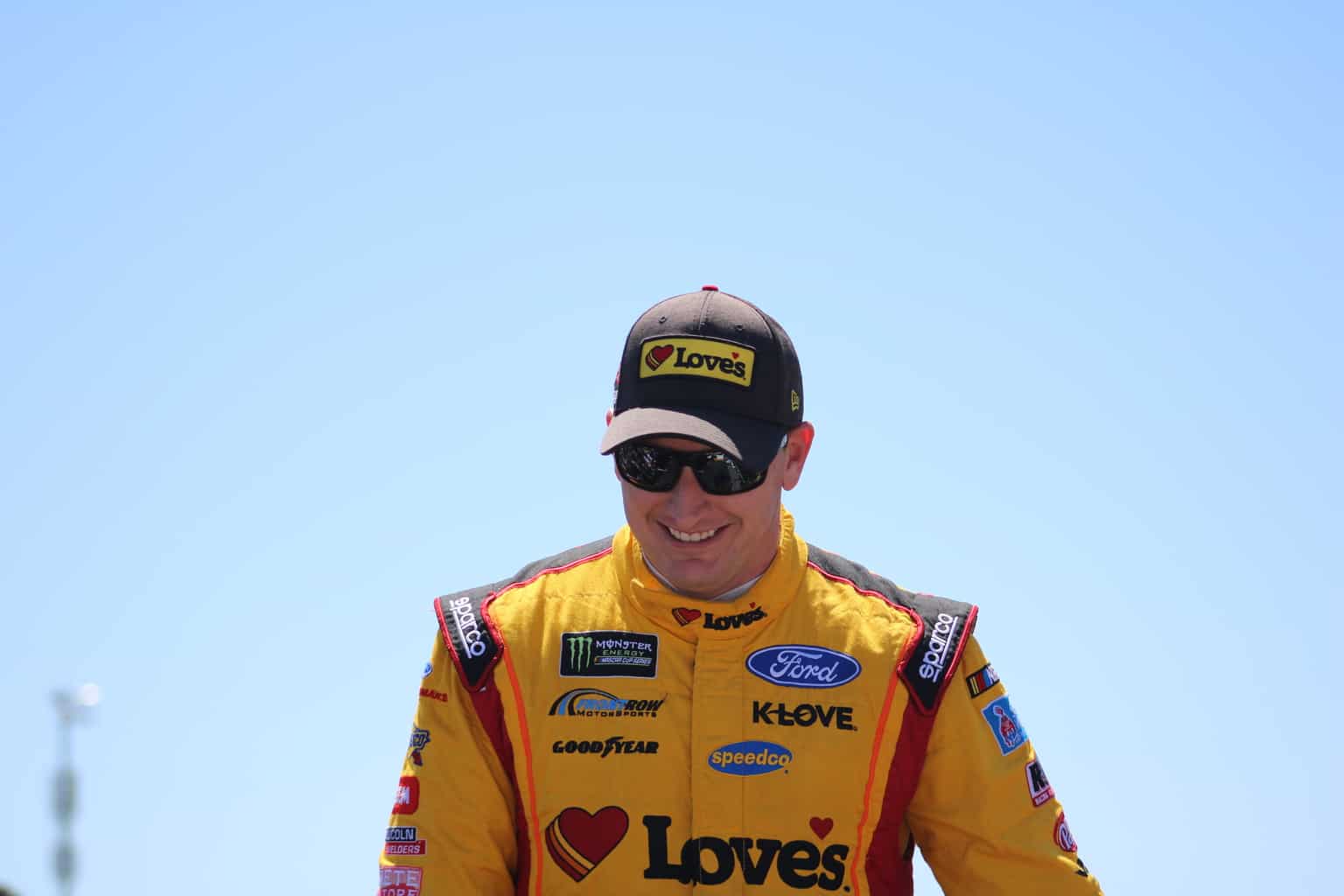 Will there be any surprises in this year’s playoff field?

With just 10 races to go before the start of the Monster Energy NASCAR Cup Series playoffs, the race to get in them is only about to tighten up from here.

With all six race winners in the top seven in points, the points battle to get in is all the way back in 16th. Ryan Newman has just a one-point advantage over Jimmie Johnson for the cut-off spot. The 2002 rookie class members have decent average finishes to start the year but have struggled with getting stage points throughout the first 16 races.

It’s been the exact opposite problem for Kyle Larson. Larson, who has an 18-point cushion over Johnson, has won three stages but has struggled to finish races with a 17.5 average finish. And he hasn’t shown a lot of improvement; Larson has just one top-10 finish in the past four Cup races.

One interesting factor in this potential playoff field is that there are only 31 full-time drivers running for Cup Series points. So unlike in, say, 2016, when Chris Buescher came to the cut-off race with a surprise win but needed to hang on to his top 30 position in points, there’s not much risk of a driver winning and not making the top 30. The only question is this: Where are they going to even win at?

Once the series moves past Daytona International Speedway next weekend, there are really no more wild card races where there could be a surprise winner. If rain is in the forecast, which it often is at Pocono Raceway and Michigan International Raceway, there might still be a huge upset. But other then that situation, it’s not like how it was even a year ago, when we had to keep tabs on AJ Allmendinger at Watkins Glen International.

Will Michael McDowell return to Front Row Motorsports next season?

It’s not looking like it’s going to be a particularly silly Silly Season this year, especially with all of the teams competing in the top 20 in points. And a lot of the drivers outside can play the rookie card to justify staying with their team for another year, such as Ryan Preece and Daniel Hemric. But there might be at least some changes.

Probably the most vulnerable driver in Cup this year will be Michael McDowell. McDowell has just three top-20 finishes so far this year and is currently just 30th in points. His average finish has fallen two positions from last year in a season where everybody should have moved up a spot due to the death of Furniture Row Racing.

What’s more is that the usually mild-mannered McDowell has generated some not-very-nice headlines this year. McDowell finished fifth in the Daytona 500, something that should have been the highlight of his career. But there was more to the race than just that. McDowell refused to push Joey Logano to victory and instead handed the biggest win of the year to Denny Hamlin. This was not good. Why? Because McDowell and Logano were in Fords, and McDowell deciding not to push Logano gave the win to Toyota.

Normally, this wouldn’t be that huge of an issue after a few months. But keep in mind McDowell’s performance has slipped this year, his contract with Front Row Motorsports only being year-to-year, the lack of sponsorship McDowell brings to the table and, let’s face it, the lack of tangible success McDowell has achieved in 10 years of Cup racing. What’s stopping Ford from asking FRM to just not resign McDowell? Would FRM really die on that hill at this point?

Oh, and there was also this after qualifying at ISM Raceway with another Ford driver.

Will NBC continue the momentum from FOX’s coverage?

FOX’s telecast of the Cup race at Sonoma Speedway on Sunday, a not-particularly-noteworthy race outside of Martin Truex Jr. winning and Darrell Waltrip’s announcing swan song, brought the curtain down for FOX’s portion of the season.

FOX’s 16 races reportedly brought a slight increase in television ratings from last year, the first time this has happened in quite a while. While streaming numbers are still low, they still saw massive increases over last year.

“2 million fans streamed NASCAR programming on FOX Sports platforms in 2019, up 79% year-over-year” FOX sent out in a press release this week. “177 million video views of FOX NASCAR content across social platforms, up 51% year-over-year.”

That isn’t as impressive a number, because it’s impossible to figure out how many quality views those are and not just people scrolling down their video-autoplaying Twitter feed. The two fights this year and the controversy over qualifying probably also drove social media attention.

This is, overall, really good news. Television, while still being a more viable platform for live sports than streaming, has continued to free fall in ratings. The fact that a program is actually slightly up instead of falling is good to see.

The rest of this year will be a little interesting. Ratings had a massive fall during FOX’s portion of the season last year, beginning to go more flat than down as NBC’s coverage went on. If NASCAR can continue to be slightly up, it’s going to be in better shape going forward.

Who will be ones to watch at Chicagoland?

Last year’s Cup race at Chicagoland Speedway was one of the best races of the season.

It’s completely unknown what the racing is going to look like this weekend, though. Kansas Speedway, the sister track of Chicagoland, staged the best race with this current aero package all year. But Chicagoland’s surface is significantly more weathered than Kansas’, and the three races this year on old pavement weren’t standouts in the least.

If Larson is going to win to lock his way into the playoffs, this is one of his last good chances. Larson finished fifth in 2017 to back up his second last year.

Truex, the driver with the most momentum in NASCAR, is heading to one of his best racetracks. The 2017 Cup champion has won two of the last three at Chicagoland and finished fourth last year. He’s definitely going to be the guy to have in fantasy this week.

One driver who might take a huge leap from last year’s race could be Chase Elliott. Elliott finished third in 2016 and second in 2017 but struggled with his Camaro all day last year and ended up 19th. Now that Hendrick Motorsports has shown signs of speed this year, Elliott might have a big ceiling on Sunday.

MC DUMB DUMB, could have had a win or a career high. He chose poorly. I hope that split second wrong move eats at him. He sure doesn’t seem loyal to Ford, IMO. Maybe TOYS will want him, as a salesman in one of their car lots? He seems totally enamored. Good riddance.

Go suck up to your whiny Kyle Busch ass. He’s a privileged spoiled brat that never experienced lower teams with lower budgets. If you put him in a Niece Motorsports Truck (Ross Chastain’s Truck) he wouldn’t win at all. As for Kurt Busch, when he drove for Phoenix Racing, he couldn’t handle it at all.
Joey Logano is just like Kyle Busch as well. He’s always drove for JGR or Penske, which are the top 2 teams if you haven’t noticed. And I wouldn’t be loyal to any manufacturer if I’ve driven for 7 different teams in your career and all 3 manufacturers have dumped you.