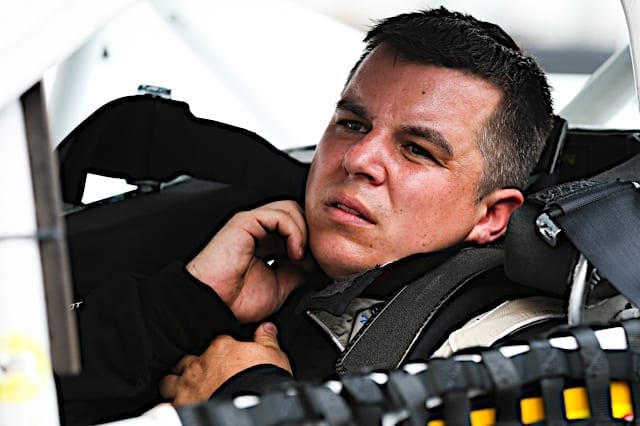 Andy Seuss will wheel the No. 51 entry at his home track, as announced in the team’s press release.

Seuss is no stranger to racing, however. He is a two-time NASCAR Whelen Southern Modified Tour champion. He’s also competed on a part-time basis in the ARCA Menards Series. In 12 career starts, Seuss’ best finish is a second at Talladega in 2017. In three starts so far in 2019, Seuss has earned two top 10s for Our Motorsports.

“It’s a dream come true, a dream I had honestly gave up on,” Seuss said in the team’s press release. “I can’t thank Rick enough for pursuing me to do this. To do it at my home track, where I’ll be surrounded by my family, friends and everyone that has supported me for so long just makes it that much more amazing.”

RWR currently fields three entries in the Cup Series: The full-time Nos. 51, and 52, along with the part-time No. 53.

“RWR is very excited to have a proven champion behind the wheel of the No. 51 Jacob Companies Monster Energy Cup Series car,” said team owner Rick Ware. “I have been following Andy’s success for some time now, and I am thrilled that we were able to put this together.

“Having a New Hampshire driver, with proven success, in the car at NHMS is going to be very special. The entire RWR crew is ready to build Andy a good car and see what he can do with it!”