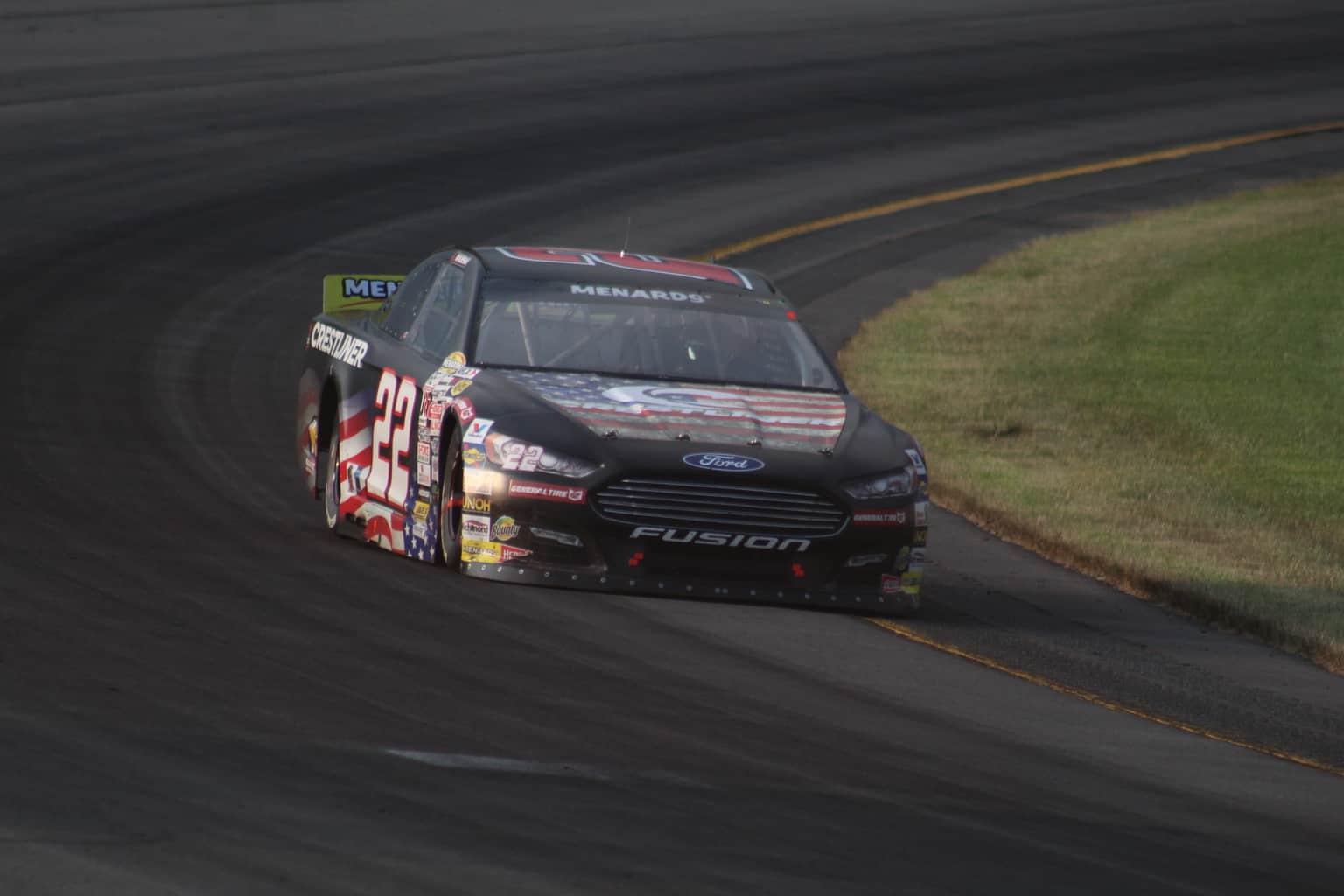 In a Nutshell: I’ll let the race winning team speak for itself on this one:

.@TyMajeski — “That’s what you call an ass whipping boys!!!”

Continuing a run of form that Chad Bryant Racing hasn’t seen since it was known as Cunningham Motorsports, late model standout Ty Majeski walloped the ARCA field at Chicago, scoring his third win in his last four starts on superspeedways. Majeski, who first took the lead from polesitter Michael Self on lap 15 after a 90-minute rain delay at Chicagoland Speedway, took the lead for good on a lap 69 restart. The team opted to stay out front on old tires following a lap 77 caution for Joe Graf, Jr.’s spin while most of the leaders took fresh rubber, but was never seriously challenged for the lead. Harrison Burton, Bret Holmes, Self and Travis Braden rounded out the top five.

Self remains the points leader after Thursday night’s race, but saw the margin narrowed to 30 points by Holmes, who spent the closing laps in a furious battle with Burton for the runner-up spot. Braden’s top five kept him within 55 points of the series lead, while Christian Eckes faded to seventh after the final restart on lap 81 and sits 80 points out of the lead. After seven consecutive weeks of competition, the ARCA teams will finally get a weekend off before heading to the bullring of Elko, Minnesota on July 13.

A rout. Dominance. An ass-whipping. Whatever you want to call it, Majeski and his No. 22 car were light years ahead of the field on Thursday night. The way he’s running (he also won a late model race on his latest off-weekend at the Dells in Wisconsin), this guy needs to be running full-time in ARCA … at least.

Though Burton got the best of Holmes and deprived him of what would have been a career-best finish of second, scoring his team’s eighth consecutive top-10 finish, and doing so while successfully battling with Venturini Motorsports cars over the entirety of Thursday’s race was just the latest example of how adding Shane Huffman to the family-run team has drastically improved the No. 23 team. Rewind back to this point in the season last year, and the team had taken a mid-season hiatus. Look out for the No. 23 team as it heads to Elko … which was the only ARCA race a Chevrolet won in 2018.

It may be too late in Riley Herbst’s career to be celebrating top-10 finishes (especially after Ty Gibbs broke the JGR victory lane drought last week), but Herbst did well to run a clean, uneventful race after a wreck-filled weekend across multiple garages at Michigan in his last ARCA start. Herbst successfully came from the back of the field at the start, and was one of the fastest cars on the race’s longest run from laps 23 to 54.

Braden has scored two top-five finishes in the last three races after registering none in the first nine, which has been solid enough to keep the RFMS Racing team in the points race. But more impressive was that Braden was able to keep up with a battle in the top five over the last 15 laps that included two Venturini Motorsports entries and a Joe Gibbs Racing car, a real sign of progress for the No. 27. I’m still not sure where they’d have a real shot at scoring a win, but after a disappointing 2018, Braden and team are on the upswing.

It’s hard to call a fourth place finish bad, but in Self’s case, the way the No. 25 team finished fourth was a cause for concern. Pit road was, as the driver (or his Twitter handle anyway) said, a hot mess on Thursday:

Pit road has been a hot mess tonight, henny.

We came back down to take another swing at loosening up the No. 25. pic.twitter.com/nqQorUbXbm

Pitting after the lap 54 yellow, Self fell all the way back to ninth after the car failed to re-fire and had to be pushed by the crew down pit road. Pitting under the lap 64 yellow, Self drove off in the middle of an adjustment, forcing the crew to stop the car and reinsert the wrenches to finish their work. And pitting under the lap 77 yellow, miscommunication about pit road release led Self to drive off the jack before his team had completed a tire change.

Self’s car was strong enough to run second this race, and the difference between finishing second and finishing fourth meant his points lead over Holmes shrank on Thursday rather than grew. The losses were minimal here, but there’s a serious concern to be had in the Venturini camp with regard to pit stops.

Tanner Gray got off to a hot start running in the top five, but made contact with the wall on lap 15. Taking advantage of a lap 18 yellow to pit for repairs, Gray immediately got back to speed, making serious time on the high side of the track and getting back up to sixth in the running order by lap 26. Running on the abrasive high side of the track did catch up with the former drag racer, however, as the No. 54 car faded over the long run before cutting a tire and pounding the wall on lap 54. Gray was able to drive back to the pits, but the car was retired at that point. After scoring four consecutive top 10s from Salem to Michigan, Gray has now scored consecutive DNFs.

Morgen Baird’s night got off to as slow a start as possible, with the No. 11 car seen limping around the track from the opening lap. By lap 5, the caution had to fly as Baird’s car came to a stop on the apron in turn 4. The No. 11 car was able to get up to speed and completed 82 laps, finishing 13th.

I don’t want to come down too hard on Brad Smith and his team, as they continue to show up for race after race, year after year on a shoestring budget. But business realities aside, the team’s 16th-place effort on Thursday was a vivid example of just how fragile the current ARCA field is:

We decided to park the car. Handling issues persist & instead of wrecking our only superspeedway car, we'll live to race the next time. Looks like we'll finish 15th. Thank you #BradFansBESTFans for ur support & to our crew, the BEST in racing! pic.twitter.com/xEgvcEqsRC

Graf was forced to the team’s backup car after wrecking in practice, so the team had to expect some issues using a car that was meant to run at the short track in Iowa on a superspeedway (Graf finished a lap down in 11th). The real ugly, though, came from both Graf and Eckes, who brought out the last two cautions of Thursday’s race. Eckes suffered a flat left rear tire on lap 64 and spun out in turn 2, while Graf had the same thing happen and spun out on the backstretch around lap 77.

The issue with this? While both cars legitimately had flat tires, both cars also seemed to perform deliberate, controlled spins to bring out the caution flag. It didn’t go unnoticed by a number of drivers, be they a former ARCA champion:

Or a current Xfinity Series regular:

This is a longstanding practice in stock car racing, but it’s ugly to see development drivers picking up bad habits this early in their careers. What’s uglier, ARCA’s flagging is now shifting more to that of NASCAR’s, where a spin means a yellow, regardless of whether the car is off track or debris is flying (in both cases, the cars were not in traffic and no debris was thrown).

On the officiating front, restarts again were a topic of conversation, two weeks after Chandler Smith seemed to jump the final restart en route to victory at Madison. Though there were no egregious examples of late-race jumps in this race, contender Holmes certainly was hot about it early:

I’ve been very hard on MAVTV for the past two broadcasts, so I’d be remiss not to note that FOX missed the restart on lap 60 by half a lap, making it impossible for those not in Chicagoland to know how Burton somehow got to the lead despite starting on the bottom, something that proved to be a disadvantage for all drivers not named Ty Majeski.

Seeing as how this race started 90 minutes late thanks to lightning in the area, I can understand why fans in the grandstands were frustrated that Chicagoland Speedway opted to go on with driver intros before throwing the green, even though weather could have been an issue later in the evening:

Let’s get off the ugly streak. Give ARCA credit. Without ducts or skyscraper spoilers, their last two races on mile-and-a-halfs have been well worth watching.