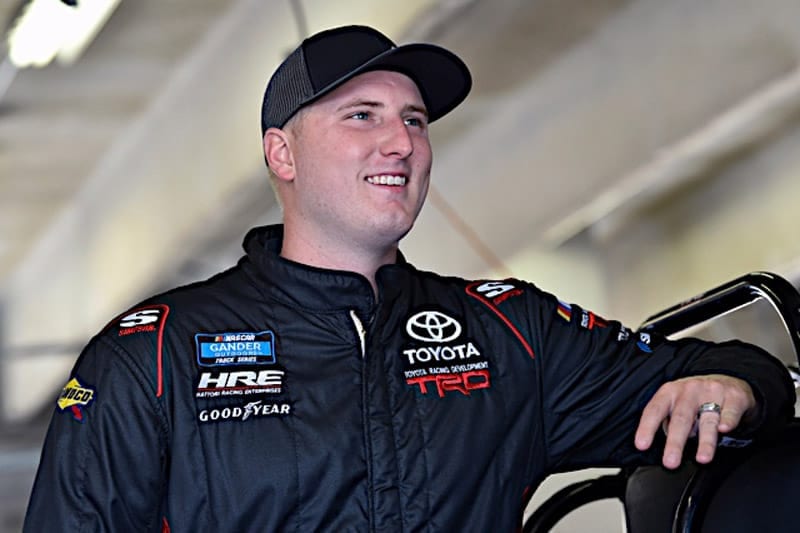 Austin Hill won the pole for the Camping World 225. He will lead the NASCAR Gander Outdoors Truck Series to the green flag at Chicagoland Speedway. It is his first career Truck Series pole. He already won this year in the season opener at Daytona International Speedway.

The structure for Truck Series qualifying was one lap per driver, and the fastest lap, of course, determined the pole winner. Hill wheeled his No. 16 Hattori Racing Enterprises Toyota to a pole-winning speed of 176.632 mph.

Johnny Sauter returned to the Truck Series following his one-race suspension for his incident with Hill at Iowa Speedway. Sauter qualified second-fastest with a time of 176.494 mph.

Starting third in the Camping World 225 will be Brett Moffitt. Moffitt posted a speed of 176.332 mph. He won the Truck Series race here at Chicagoland Speedway last season.

176.108 mph put Tyler Ankrum fourth quickest in qualifying. He returns to the driver’s seat of the No. 17 DGR-Crosley Toyota for this race.

Rounding out the top-five qualifiers was Grant Enfinger. Enfinger missed the pole-winning time by 0.109 seconds, but his 176.005 mph makes two ThorSport Racing drivers starting inside the top 5.

Thirty-two drivers were entered for the Camping World 225, so all drivers made the field. It will be a full Truck Series field in Joliet, IL.

The Camping World 225 will start at 9 p.m. ET, with TV coverage provided by Fox Sports 1.