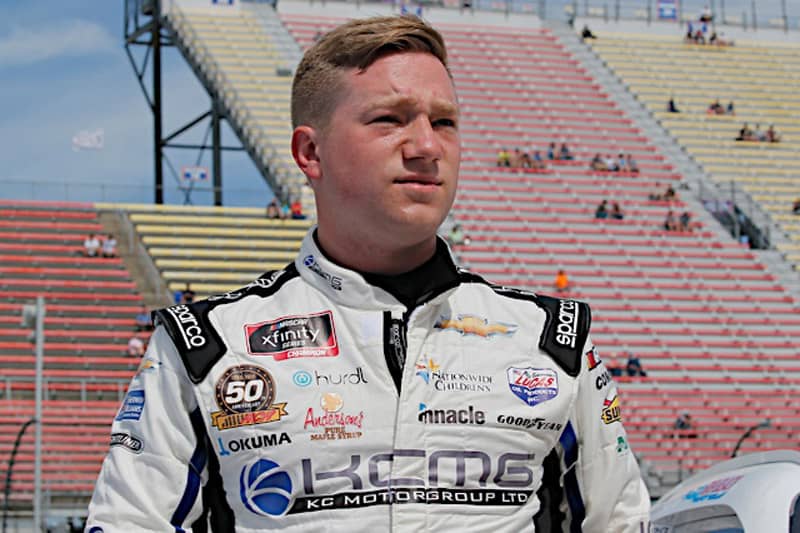 In the first practice for the Camping World 300, Reddick led the field with a fast time of 174.916 mph. He already has three wins this season.

Cole Custer was second-fastest with a speed of 173.182 mph. He completed 31 laps in this session.

The top three fastest cars were three different manufacturers. Reddick drives a Chevrolet and Custer drives a Ford. Christopher Bell was third-fastest in his No. 20 Joe Gibbs Racing Toyota. His fastest speed was 173.044 mph.

Logano drove his No. 12 Team Penske Ford to the fourth-fastest speed of 172.927 mph. He is the only Monster Energy NASCAR Cup Series regular entered in the Camping World 300.

Michael Annett was fifth-fastest, missing the fastest time by 0.355 seconds. Annett posted a speed of 172.822 mph.

Thirty-eight of the 41 drivers entered for the race completed a lap in this practice session.

When the final practice began, a flurry of cars quickly began making laps. When the session concluded, Logano had the fastest lap. His speed of 174.554 mph was slower than the fast time set by Reddick in the first practice.

Reddick continued showcasing the speed in his No. 2 Chevrolet. After leading first practice, he was second-quickest in final practice. His time was 0.117 seconds slower than Logano, but he still raced around the track at 173.896 mph.

Rounding out the top five in this session were Custer, Austin Cindric, and Justin Allgaier.

36 of the 41 drivers entered for the race completed a lap in this practice session.