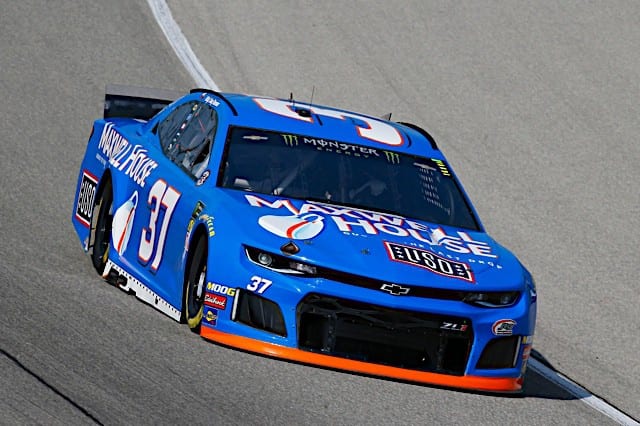 It was an evening that featured a hard-fought, long-awaited victory for Hendrick Motorsports’ Alex Bowman. Yet, the underdog of the night was again the Maxwell House/USO adorned No. 37 car of Chris Buescher.

After just 11 laps, Mother Nature put the Camping World 400 on hold at Chicagoland Speedway. Lightning, wind and rain stormed the track, and racing didn’t resume until more than three hours later. When the day finally concluded, Buescher ended in 18th place, nine spots ahead of where he began.

Even though it was another strong effort for the JTG Daugherty Racing team, they do seem to be trending in the wrong direction since his sixth-place finish at Charlotte Motor Speedway. Hopefully Buescher’s night in Daytona results in fireworks from a good finish.

It was a fairly quiet race for the underdogs overall, especially after Michael McDowell qualified seventh. McDowell was the only other underdog to finish in the top 20. He did lead a lap during a cycle of green flag pit stops, finishing third in the first stage. His Front Row Motorsports teammate David Ragan finished where he started in 23rd.

Both the NASCAR Gander Outdoors Truck Series and the Xfinity Series held their events at Chicagoland with the same title sponsor. In the Truck Series race Friday night (June 28), Ross Chastain was again the top performing underdog. Even though the Niece Motorsports No. 45 team wants to win, it helped them get to be just 10 points away from the top 20 in the standings. As long as they keep gaining ground and earning good finishes, they will undoubtedly meet their goal. Young’s Motorsports teammates Tyler Dippel and Gus Dean finished 12th and 15th, respectively.

Saturday’s Xfinity race proved to be a struggle for Ryan Sieg and the No. 39 RSS Racing team. Sieg spun in turn 2 twice in the Camping World 300, but he still battled back to finish where he began in 12th. Jeremy Clements was just behind him in 13th, with SS Green Light Racing’s Gray Gaulding following in 14th. Rounding out the top 20 was Shane Lee in 18th, Landon Cassill in 19th, and Ray Black Jr.

As Saturday night’s Coke Zero Sugar 400 at Daytona International Speedway approaches, it seems fitting that I highlight a former victor. David Ragan, driving for Roush Fenway Racing in 2011, led 15 laps en route to his first Cup Series win. He was not a rookie that year, however, as he made his Cup debut back in 2006 in two races with the team. Jack Roush then announced Ragan would wheel the No. 6 Ford in 2007. Ragan also competed full-time in the Xfinity Series from 2007-2008 for RFR, and was the 2007 Rookie of the Year. His part-time run in 2009 resulted in two victories at Talladega and Bristol. Additionally, Ragan drove in the Truck Series in part of the 2004 and 2006 seasons.

Ragan then drove the No. 34 car for Front Row Motorsports from 2012-2014. Something surprising and amazing happened in 2013: The underdog duo of Ragan and David Gilliland finished 1-2 at Talladega. It was definitely a huge accomplishment for the FRM team. Ragan ended up with two top fives, five top 10s, and the lone victory during that time span. He ran one more race at Daytona for the team in 2015 before filling in for Kyle Busch and Brian Vickers the rest of the season.

Ragan shifted gears to BK Racing, where he drove the No. 23 Toyota in 2016 before reuniting with FRM the following year. He has since had four additional top 10s with the No. 38 team. While Ragan doesn’t have a top-10 finish yet this year, Daytona is a track he’s very familiar with. He just needs the right help at the right time to push him to the lead.

All I want to do during rain delays is eat. Oh wait…that’s me pretty much every day

Unfortunate end to our day with having a track bar mount break on us! Had a good car that was fun to wheel around too. My guys won’t give up though! Looking forward to the next one! Stay tuned! pic.twitter.com/bRmeTSV0uW

Thinking about the race yesterday at @ChicagolndSpdwy an man I’m super proud of my @ssgreenlight76 guys for digging deep and getting a p14 finish. We really just get better and better every week. It’s a lot of fun showing up having fun and getting results like we’ve been doing??

What a day! The car was loose all weekend and we spun out twice in the race. The team never quit and we came back to finish P12. Incredibly proud of the effort by team 39. Next up is Daytona ? pic.twitter.com/CwyLKk4GyD