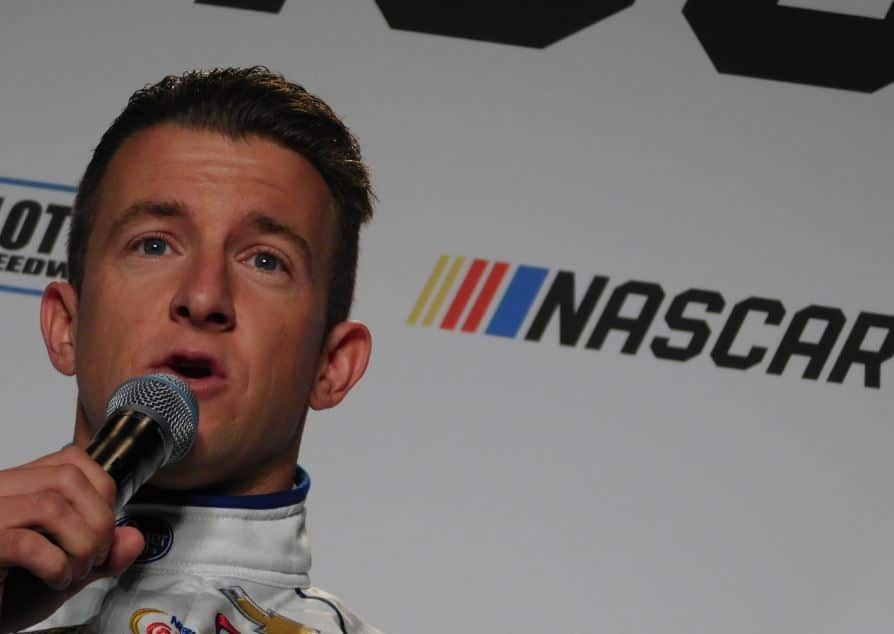 AJ Allmendinger was looking to shake off the rust Thursday (July 4) after seven months away from NASCAR.

Turns out there wasn’t much rust to shake off.

Allmendinger posted a blistering one-lap speed of 194.902 mph at Daytona International Speedway, leading the way after first practice for the NASCAR Xfinity Series Circle K Firecracker 250. Final practice was canceled due to stormy weather that came in later that afternoon.

Once AJ Allmendinger ran 11 laps, topping the charts he was satisfied for the rest of the 50-minute session. The former Monster Energy NASCAR Cup Series regular is driving a limited NXS schedule for Kaulig Racing. His No. 10 Cornerstone Produce Group Chevrolet is one of three Kaulig cars attempting the race for the first time in team history.

Chris Cockrum, driving the No. 25 car for ACG Motorsports, was second fastest, hitting a one-lap speed of 194.405 mph. Brandon Jones, third quickest, was the only other driver to post a speed higher than 194 mph. Noah Gragson and Tyler Reddick rounded out the top-five drivers.

JR Motorsports had a strong session with all four of its drivers inside the top 10. Justin Allgaier was sixth quickest with Chase Briscoe just behind him in seventh. JRM teammate Michael Annett, John Hunter Nemechek and Sheldon Creed finished up the top 10.

Just 11 cars out of the 41 entered for Friday’s race ran 10 consecutive laps. Briscoe led that group with an average speed of 190.499 mph.

The caution waved twice in the session, both for minor issues. Five minutes in, debris was spotted; later in the session, Mike Harmon took a lazy spin below the racing surface coming out of the pits.

A total of 39 drivers for the Circle K Firecracker 250 posted a lap time in the session.