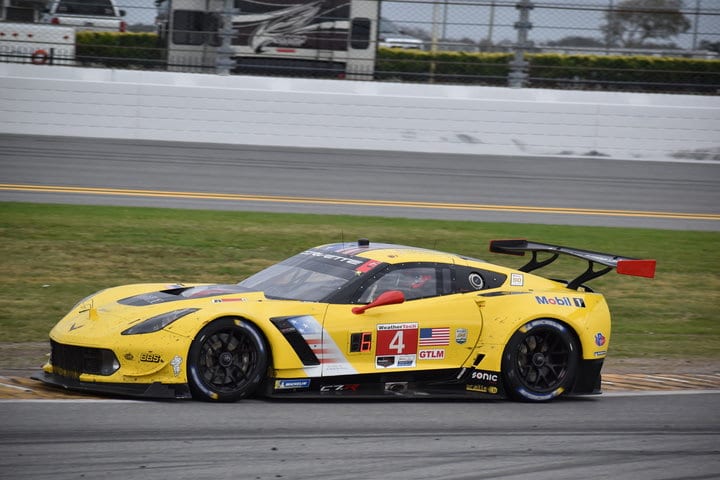 First, Moorespeed has withdrawn their No. 19 Audi R8 LMS GT3 for the second week in a row.  The withdrawal stems back to their crash in the opening practice session Friday at Watkins Glen International.  Will Hardeman crashed hard and suffered a concussion in the crash.  No updates have been made available since.

On Wednesday, Starworks Motorsport announced that they have withdrawn from both CTMP and Lime Rock in an attempt to re-evaluate their program.

After struggling to be competitive for the first half of this season, we’ve opted to sit out the next two @IMSA rounds at @CTMPOfficial and @limerockpark to refocus our efforts. Full story: https://t.co/FGf13hT7S3

“It has been our goal all along to run the full season, but common sense tells us that we have an issue that is beyond our control here,” Starworks Motorsport owner Peter Baron said in a press release.  “Our sponsors expect us to deliver results. We need to be in the fight for the podium. We simply don’t have the speed in the car to do that at this point. Further, these events are back-to-back and are not key markets for our sponsors.”

In the Prototype class, there are 11 entries with only one driver change.  At Juncos Racing, Victor Franzoni will replace Rene Binder as William Owen‘s teammate for the weekend.  Franzoni will be making his second start with Juncos in their Cadillac DPi-V.R., and his third of the season.  The other came in a GT Daytona-class Ferrari for VIA Italia Racing.

LMP2 once again only has two entries, but there is a driver change of note.  Gabriel Aubry will not be in the PR1 Mathiasen Motorsports ORECA 07-Gibson.  In Aubry’s place will be Canadian racer Dalton Kellett.  Kellett is currently in his fourth full season in Indy Lights.  In 61 career starts, Kellett has no victories, but has finished third five separate times for his best career finish.  Three of those podiums have come in the Freedom 100 at the Indianapolis Motor Speedway.  Sunday will mark Kellett’s IMSA WeatherTech SportsCar Championship debut.

In GT Le Mans, the hits keep coming for the No. 4 Corvette.  Tommy Milner suffered an injury to his hand after his first-lap crash Sunday at Watkins Glen.

When it rains, it pours, I guess. Unfortunately I won't be able to drive this weekend at @ctmpofficial after injuring my hand in the lap 1 accident at The Glen. Luckily @marcel_fassler is ready to go to fill in for me and I'll be there to help however I can! #Corvette @teamchevy pic.twitter.com/ew1HaWcAQp

As Milner tweeted above, Corvette Racing is turning to their endurance driver, Marcel Fässler, to drive in place of Milner.  Milner’s status for Lime Rock is currently unclear.

The other seven entries are unchanged from Watkins Glen.  Unlike the Prototype class, all eight teams chose to go with their regular lineups for the six hour race.  The strategy is identical to what FIA World Endurance Championship teams in the GTE-Pro class do for most races.

In GT Daytona, the aforementioned withdrawals have cut the class down to 14 entries.  No Audis will be on the grid.

The only other change of note is at Meyer Shank Racing with Curb-Agajanian, where Ana Beatriz will drive alongside Katherine Legge in the Caterpillar-sponsored No. 57 Acura.  Normally, Beatriz only competes in the Michelin Endurance Cup races, while Christina Nielsen serves as what amounts to Legge’s full-time teammate.