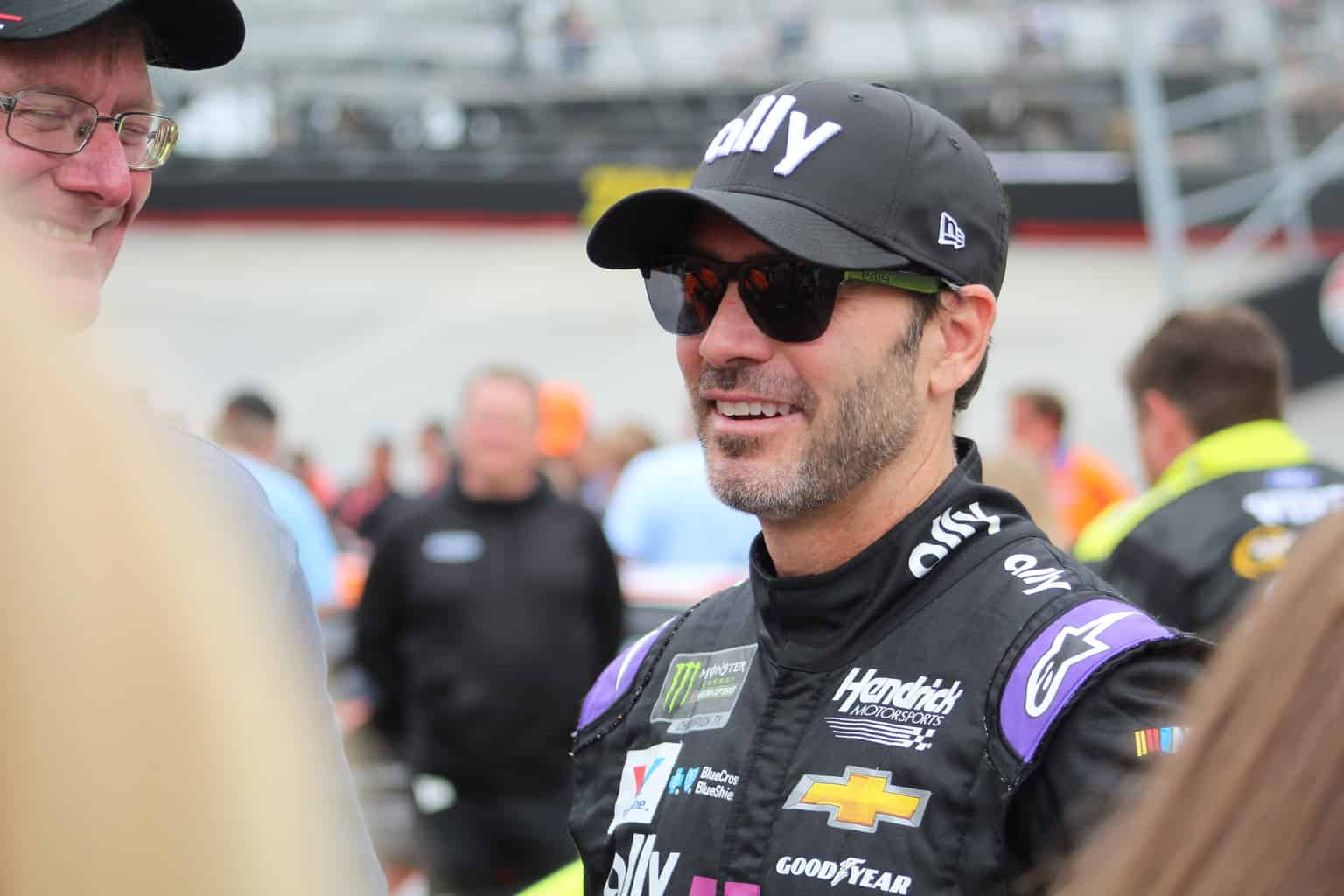 NASCAR without a championship-caliber Hendrick Motorsports is like the New England Patriots failing to make it deep into the NFL playoffs.

The four-car Chevrolet team has been among NASCAR’s best since its founding in 1984. Throughout the decades, the organization only became better, leading the sport in innovation, drama and, of course, incredible paint schemes.

But Hendrick entered a crisis as four-time champion Jeff Gordon prepared to retire in 2015. The consistency at the front of the pack that was once the highlight of the NASCAR grid was no more. That year, Hendrick won nine races, with that number dwindling down to five, each by Jimmie Johnson, in a championship-winning 2016 season.

Since Gordon’s retirement, Johnson has entered a leadership role at Hendrick in the midst of a transition cycle during which the organization has struggled to dominate in the way it once did.

Johnson’s 2018 struggles are well documented. He failed to win a race in a season for the first time in his career as a Monster Energy NASCAR Cup Series competitor. The lack of consistency on-track led to a crew chief change. The unproven Kevin Meendering replaced Chad Knaus on top of the No. 48 car’s pit box, with Knaus heading to the No. 24 team with William Byron. Meendering only won three Xfinity Series races with Elliott Sadler in three seasons, all of which came in 2016.

But when the Johnson-Meendering duo ran exceptionally well at Chicagoland Speedway last weekend, running in the top five and competing for the win, it showed that NASCAR still needs the seven-time champion just as much as he needs NASCAR.

Johnson, at 43 years old, can easily make national headlines still. His popularity spreads across the country. While Chase Elliott might be NASCAR’s most popular driver inside of the sport, Johnson’s reach outside of the sport far exceeds that of Elliott’s. He’s been on talk shows galore, fitness magazine covers and much more.

Days after his solid run at Chicagoland, Johnson made waves thanks to a Forbes report that says he’s the only driver to earn more than $10 million per year from salary alone (others make that amount with salary, endorsements and earnings).

Johnson sets the standard. He will continue to do just that.

But why? If Johnson isn’t even winning races, what makes him set the bar?

It’s because NASCAR needs him. NASCAR understands that without Johnson, there are few — if any — drivers who can do what he can off the track. How many drivers can bring in a full-season sponsor right after losing one of the longest-tenured partnerships in the sport? Who else can hop onto a talk show and explain to people why NASCAR is fun and different?

If Johnson can succeed on the track once again, he will elevate NASCAR and Hendrick Motorsports back into the spotlight. It’s something that’s much needed as he will likely retire within the next decade (probably sooner than that). His success will put NASCAR into mainstream media once again, partially due to his prior success and also because of his great personality.

To this day, Johnson is the face of NASCAR. He’s one of a handful of drivers who can be recognized on a random street. If he can end his career on top, it will be a win for NASCAR as the sport attempts to figure out who has the personality and on-track success to take his place.

I think he meant one of those “yoga goats” that walk on peoples’ backs.

Still J-Jo any time that filler is needed. Gotta write something.

I just wish Hendrick would go away. He’s had his day for 35 years, way past time for new blood.

HMS will be fine. What NASCAR really needs is its own leadership to get a grip and quick screwing everything up! If NASCAR needs ANY teams to do well, they need the smaller teams and the start/park teams to step up and be more competitive.

NASCAR needs to pick a driver (Elliot, Jones, Blaney, Byron) and fix it like they did for Johnson years ago (playoffs) so one of them can dominate. Johnson loved those hard tires and Knaus played the system perfectly.Trouble was no one else could figure it out until recently.

Let’s see how long it takes for for them to get Elliott 7 arranged “championships.” I can’t see it going to 8.

I don’t know about this one… NASCAR does turn a blind eye to certain teams and their shenanigans at times, but flat out manufacturing championships I’m not as sure of. Reason being, if NASCAR was rigging the system to give Championships to certain drivers for ratings bumps, Jr would have won at least 10 of them by now.

(For the record, I’ve never been a huge Jr fan, but I’m not a hater either. I think he has handled being Sr’s son about as good and humbly as anyone could expect. Maybe not as much early in his career, but like everyone else that was ever young and dumb once, he grew up – especially (unfortunately) after Daytona 2001. I respect him for that.)

All I can say is that if championships and wins were fixed and NASCAR blatantly favored certain teams (as some commenters claim over and over and over again), why would the other teams stick around and spend all that money. So, let’s say NASCAR fixed it so that HMS was being given an advantage. How could a driver like Kyle Busch, who drove for HMS for five years, keep his mouth shut. For that matter how could he win as much as he has if any kind of substantial fixing was occurring.
Now don’t get me wrong. I do believe NASCAR can play favorites when making calls based on sponsorship and dollars. I just think most fans that swear one brand or team has a significant advantage given to them by NASCAR, are magnifying the effect of such things in the overall scheme of what ultimately happens during a race or a season. If you believe some of these folks the championship is decided in January. Once again, to that I ask, if Chevy had an significant advantage given to them by NASCAR, why would the other manufacturers continue spending money on a battle they can’t win?

NASCAR needs a lot of things. If JJ winning is one of them, it’s so far down the list that it isn’t worth commenting on.
The only people that care if JJ wins again are his fans. If those fans are tuning out because he hasn’t won, then it really doesn’t matter because he will be retiring sooner than later. What’s the difference if they stop watching now or in 2021. If their fandom only goes as deep as one driver then they are useless to NASCAR. I can assure that non-JJ fans could not care less if he wins again. Personally I’d like to see him win one more race in what ever year he decides to retire.

THERESA
Reply to  Bill B

I’m a HUGE fan of Jimmie Johnson!! Yes, it’s about winning races and championships, but I cheer him on mostly because of the awesome person he is. He’s an outstanding role model for both children and adults. He has so much class! I hope Jimmie wins more races and Championships, but if he never won anything else, he is still a 7 x NASCAR Cup Champion and a Champion off the track!!

Bill B
Reply to  THERESA

So will you still be a NASCAR fan and continue watching once he retires?