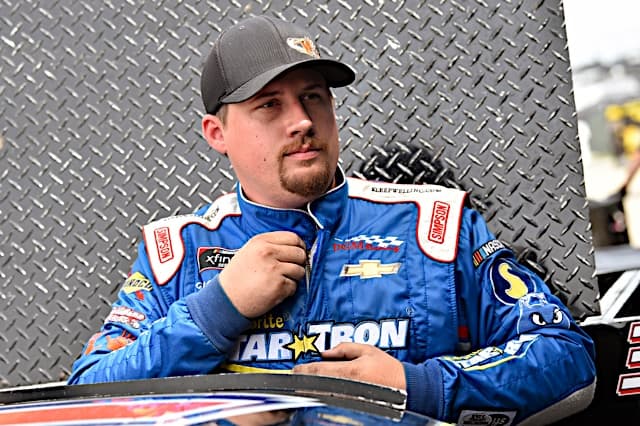 In this week’s edition of the Frontstretch Podcast, Dustin Albino and Mike Neff discuss an awesome weekend of racing at Chicagoland Speedway, where Alex Bowman won his first race in the Monster Energy NASCAR Cup Series in a late-race battle with Kyle Larson.

Hendrick Motorsports showed at Chicago, with both Jimmie Johnson and William Byron also being in contention for the victory, which brings up the question of whether HMS is back?

Kevin Harvick saw another win slip away after leading the most laps for the third time this season. But when the No. 4 car got in the wall late, should NASCAR have thrown the caution? Spoiler: We say no.

Denny Hamlin stirred up Twitter during the week, as the No. 11 team got penalized for a controversial call NASCAR made. NASCAR claimed the team had an uncontrolled tire. What is and isn’t “uncontrolled” should be looked at again. That wasn’t the only questionable call NASCAR made, as the sanctioning body started the Cup race with lightning in the area, only to be delayed 10 laps in.

Cole Custer dominated the NASCAR Xfinity Series race. Drivers at the Stewart-Haas Racing Cup team should probably be on the lookout, as the 21-year-old is white hot.

The Gander Outdoors Truck Series race was filled with action, mostly after the race with Grant Enfinger and Austin Hill having a war of words on pit road.

Finally, Josh Williams calls into the podcast to discuss improvements with DGM Racing this season, a disappointing Chicago finish despite having a fast hotrod and previewing Daytona International Speedway. If Williams wins, you heard it here first, as he calls his shot.