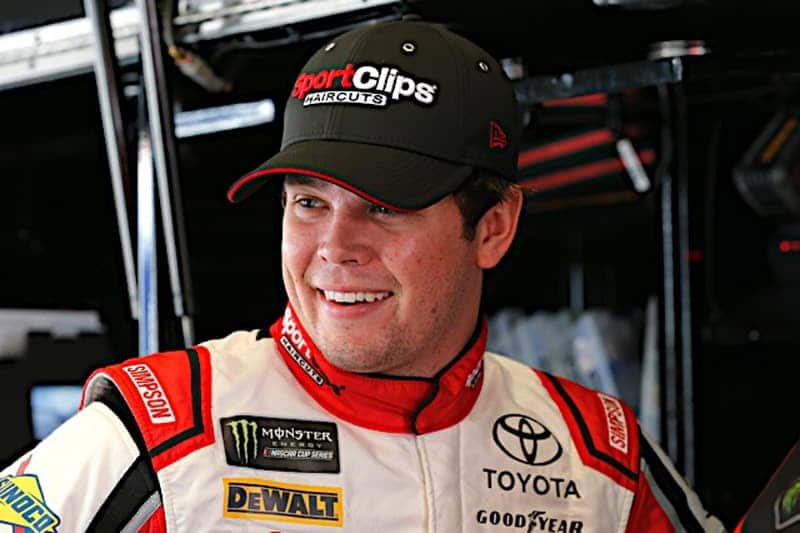 Fireworks are sure to be on display in the Coke Zero Sugar 400 at Daytona International Speedway Saturday night (July 6). This may be the second trip to the track this year, but the Monster Energy NASCAR Cup Series teams will use a different package than at the season opener. This rules package, used at Talladega, has a tapered spacer, aero ducts and a wicker on the rear spoiler.

What does this mean for daily fantasy? Well, mayhem is sure to ensue. Generally at these super speedways you want drivers who start near the back of the pack but have the potential to finish well. You will also want the winner in your lineup, and in this particular race, there could be a surprise victor. Bonus points for leading laps could come into play if a certain driver stays at the front for several laps (though there are only 160 laps). Since the drivers will probably race in a pack, several could have the fastest lap. Keep these things in mind while forming your lineups.

Weather forced the Cup qualifying to be canceled today, and the starting lineup was set by owners points. As a result, you can find good value drivers to plug into your roster. The following are a few drivers who can help you cash your DraftKings contests.

Logano has a great history at this track, especially in recent races. Since his 2015 victory at the season opener, he’s had five out of eight top 10s. Although the past two 4th of July Daytona races resulted in crashes, he still finished well in the season opener. He does start on the pole Saturday night, which makes him risky to use. He is a good blocker, though, and if he can lead laps and win the race, he could be a risk you want to take in your DraftKings lineup.

That Jones boy has either finished in the top 10 or crashed out at this track. He’s the defending 2018 victor, and he finished third behind his Joe Gibbs Racing teammates Denny Hamlin and Kyle Busch in February this year. Additionally, Jones was third fastest in final practice yesterday behind Martin Truex Jr and Hamlin. He does start near mid-pack in 17, so he could offer some positive place differential points if he finishes well. As long as he can stay out of trouble, he could be a key component in your DraftKings roster.

Finally, all of Bowman’s hard work paid off last week at Chicagoland, where he scored his first Cup win. While he hasn’t yet found that success at Daytona, he could gain momentum and get another good finish. Last season in this race, he finished 10th after starting second. He starts ninth this week, and has a small cushion to gain positions in the race. Also, at Talladega earlier this year, he finished second behind his Hendrick Motorsports teammate Chase Elliott. The Chevrolets were bad fast in first practice Friday, with Bowman having the 12th-quickest lap. If the manufacturers can work together and stay out of harm’s way, Bowman could help you cash your contests.

I think DraftKings caught on to Gaughan’s superspeedway history by pricing him as such. Still, he’s fairly cheap and starts 39th in Saturday night’s event. In five of his eight starts, he finished ahead of where he began. One notable event was the 2017 Coke Zero 400, where he started 32nd and completed the race seventh. Gaughan has an incredible capacity to finish well here, as I expect the race to be wild. Hopefully he won’t get caught up in any incidents.

DiBenedetto did so well in the season opener, at least until he wrecked. He went all the way to the front of the field in the Daytona 500. In last year’s Coke Zero Sugar 400, he started 19th and finished seventh. Now that Leavine Family Racing has an alliance with JGR, I think he has the ability to not only lead the race, but also to win. As long as he has some help to get from 25th to the front, he will have a good finish again.

This might be one of the most highly owned drivers for this race, and for good reason. McDowell is just flat-out excellent at Daytona. Unfortunately, he didn’t make a whole lot of friends in the Daytona 500 this year (or after, for that matter). His Front Row Motorsports teammates may not be a huge help to push him to the front, but they are starting near each other. Matt Tifft did show speed in the pack in final practice. Still, in three of the past four events at this track, he has three top 10s, two of which were top fives. He also has potential to give you plenty of bonus points if he ends the race near the front again. I will certainly use him in at least one of my lineups.

Wallace has had quite the roller coaster of a year, from crashing out early in the Daytona 500 to finishing fifth in the All-Star Race. I have him as my Honorable Mention due to his price, starting position and track history. He’s super cheap and can help you fit any top-tier drivers of your choosing. Also, he starts 29th, which gives him a greater capacity to earn you bonus points. Finally, out of his four starts here, three resulted in top-15 finishes. That includes a second place in the 2018 season opener. He just needs to be patient in this race and make the right moves at the right time.

This fellow, driving Saturday’s race for Spire Motorsports, hasn’t raced in the Cup Series at Daytona yet. He did make two starts for the team earlier this year at Sonoma and Talladega, though his finishes were less than ideal. Still, Haley did finish well ahead of where he started in last year’s Xfinity race — he started 40th and finished 18th. Also, he earned a second-place finish in the Truck Series race last season. Since he is very inexpensive and starts 34th, he has some potential to survive the mayhem Saturday night and help you cash your DraftKings contests.