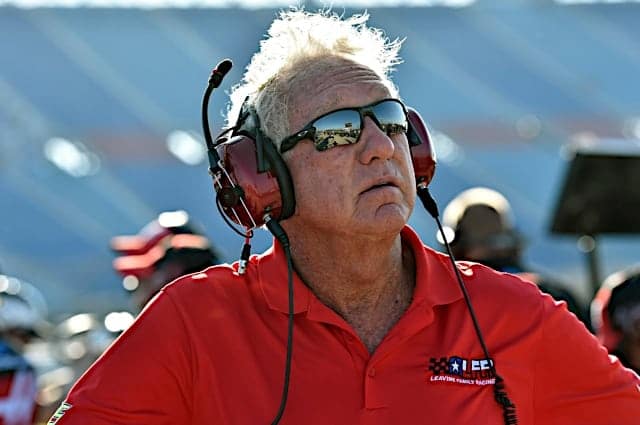 In a special edition of the Frontstretch Podcast, Dustin Albino chats with Bob Leavine, owner of Leavine Family Racing about the state of his team.

Leavine says his driver Matt DiBenedetto has been bitten by bad luck this season, but the No. 95 has shown improvement in speed since joining Toyota. He says the alliance with Joe Gibbs Racing, and running under the Toyota banner has been “great.”

Leavine also discusses the day that Kasey Kahne announced his retirement at Bristol Motor Speedway last August, and DiBenedetto approached him to drive the No. 95 car. Leavine and Kahne remain in contact to this day.

On 2020: “I’d like to have a second car one of these days. [There’s] a lot of things that is required to do that, obviously sponsorship money, because we aren’t totally sponsored this year for the [No.] 95 but we’re handling it within ourselves. It’s hard to plan on another car when you can’t do that.”

2 thoughts on “Frontstretch Podcast: Bob Leavine Hopes to Run Second Car ‘One of These Days’”