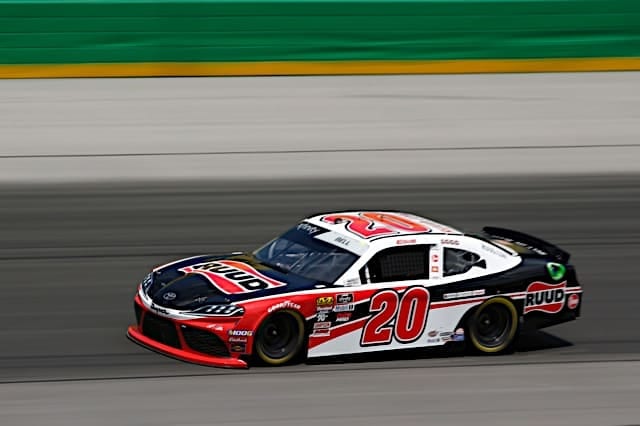 Just like most of the season, Christopher Bell and Cole Custer were the class of the field as they led the two practice sessions at Kentucky Motor Speedway under humid and partly cloudy skies.

In the first practice, Bell was the quickest with a lap of 177.549 mph. John Hunter Nemechek was second, followed by Tyler Reddick, Custer and Austin Cindric.

Michael Annett ran the most laps with 43 circuits around the mile-and-a-half track and Custer was the quickest in the 10-lap average category.

In the final practice, it was Custer who led the field with a lap of 180.21 mph. Bell followed him, with Reddick, Gragson and Brandon Jones rounding out the top five.

There was one incident in the session as the No. 42 of Chad Finchum made contact with the wall and had some right side damage.

Green! But not the kind we wanted. Some wall contact after an issue in turn four. The team is working on fixing it. #supra @Joe_Hubers @mbmmotorsports @xfinityracing @kyspeedway pic.twitter.com/IBbPi9Alnf

Custer also ran the most laps of any driver in the final practice as the California native ran 50 circuits before calling it a session.

The Xfinity teams will be in action tomorrow for qualifying at 4:15 p.m. ET with the race getting underway at 7:30 p.m. ET on NBCSN.